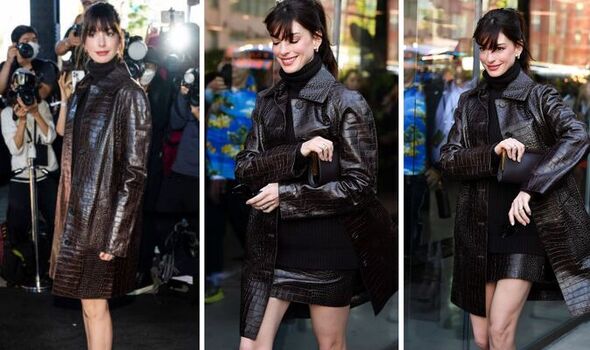 Anne Hathaway appeared alongside Anna Wintour at the show

The star stunned at New York Fashion Week today in an outfit reminiscent of her Devil Wears Prada role.

Anne Hathaway, 39, has mimicked her Devil Wears Prada character, Andrea Sachs, as she appeared alongside Dame Anna Wintour, 72, in a reimagined version of one of her most iconic looks from the film. The star made a style statement in leather and oversized shades at the Michael Kors Spring/Summer fashion show.

She looked just as fiery as her on screen character with her glossy brunette tresses pulled into a sleek ponytail, as she completed the outfit with a chic dark brown leather jacket.

Anne finished her ensemble with crocodile embroidered leather shorts, which showed off her toned legs, oversized shades and a pair of black stiletto heels.

Vogue editor-in-chief Anna Wintour, who inspired Meryl Streep’s character of Miranda Priestly in the 2006 film, was dressed in a long sleeved black dress with large white flowers, which was cinched at her waist. 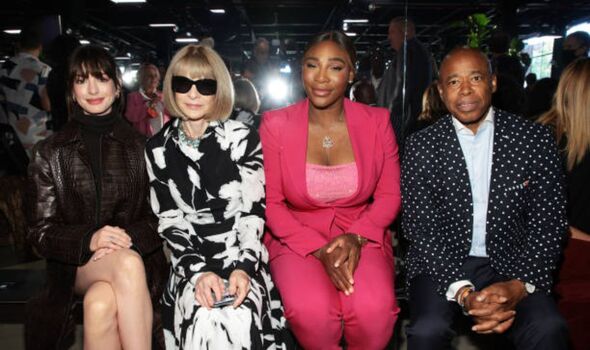 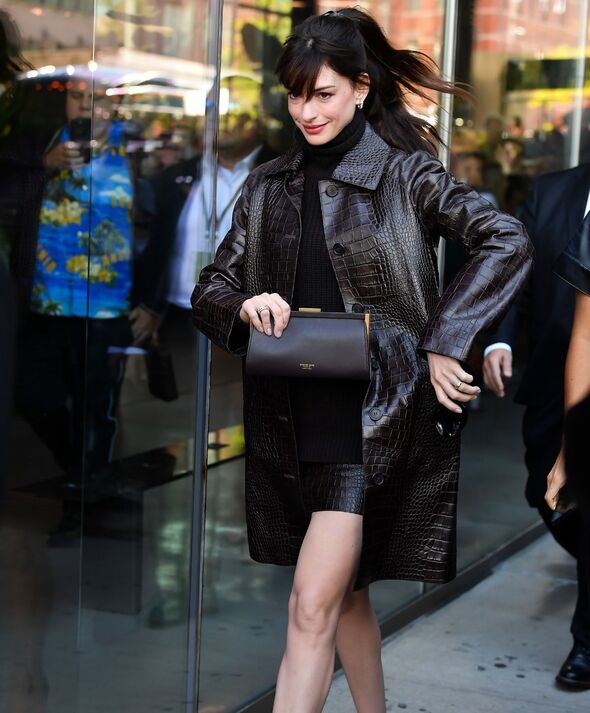 The intended actress for the role of Andy Sachs was originally Rachel McAdams. 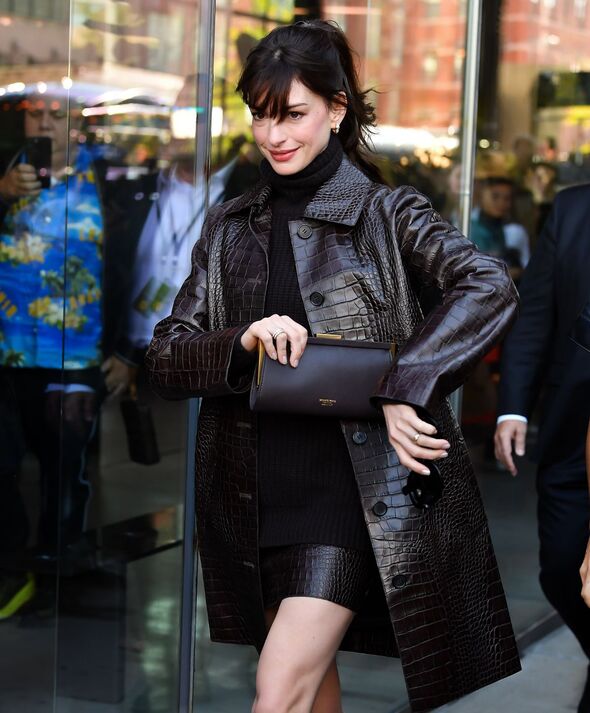 Other actresses were also considered such as Natalie Portman

Natalie Portman, Kirsten Dunst and Kate Hudson were all considered for the role. 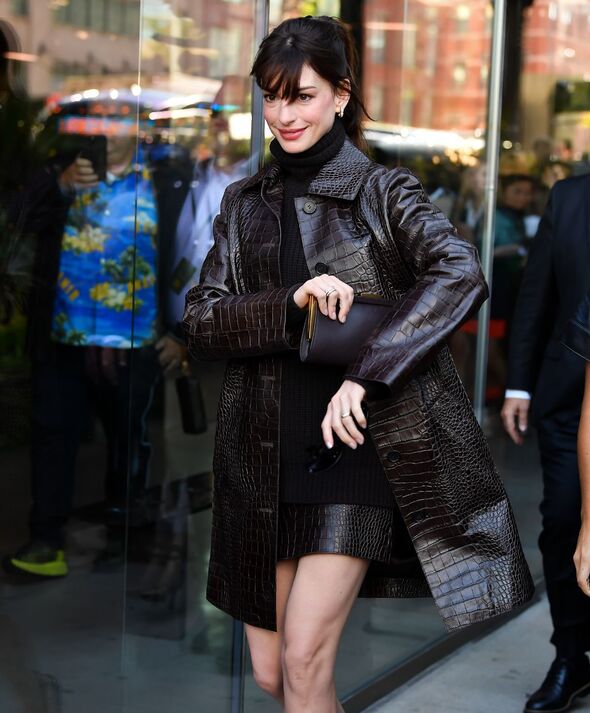 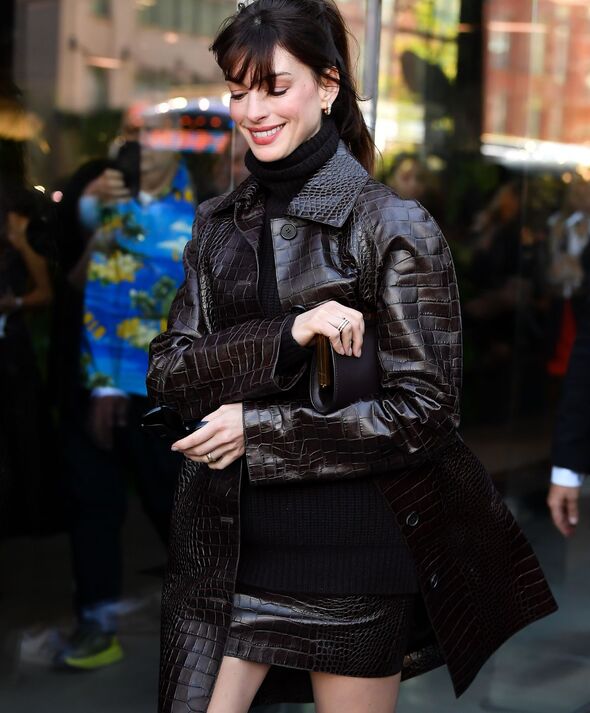 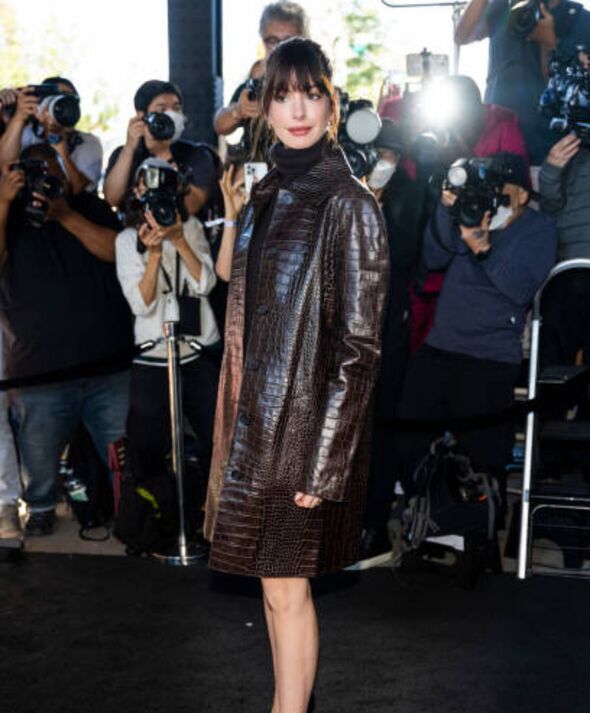 According to David Frankel, Meryl Streep needed convincing to work with Anne Hathaway

She decided on the actress after watching Brokeback Mountain.