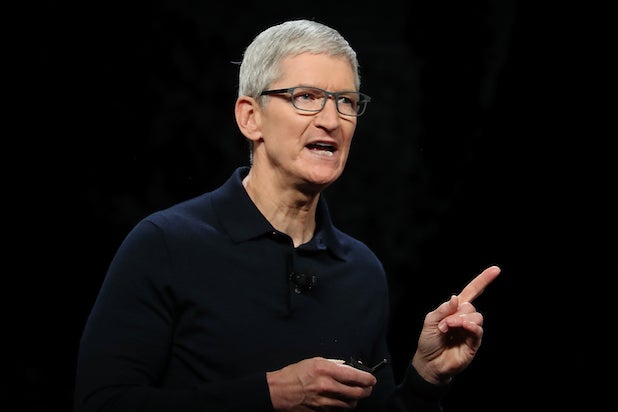 Apple CEO Tim Cook, during a new podcast interview with The New York Times on Monday,  said Facebook has a “flimsy” argument against new privacy tools that are set to roll out on the iPhone and other Apple products.

For some background: Apple is expected to release a new privacy feature later this month that’ll tell users when their data is being tracked by certain apps; the feature, dubbed App Tracking Transparency (ATT), will also let users opt out of having their data tracked by these apps. Facebook CEO Mark Zuckerberg doesn’t seem to be a big fan of ATT, though, with Facebook warning its investors in January that Apple’s new privacy measures could hurt its ability to hit users with ads; Apple’s changes, Facebook has also argued, will ultimately end up hurting small businesses that depend on Facebook’s ad targeting.

Cook, during his interview with the NYT’s Kara Swisher, said he isn’t buying Facebook’s arguments, though.

His response adds to the growing back-and-forth between the two Silicon Valley giants. In December, Cook tweeted Facebook will be able to continue tracking “users across apps and websites as before,” but that ATT “will just require that they ask for your permission first.” Zuckerberg, meanwhile, has said Apple’s stance on privacy is “misleading” and that WhatsApp, the Facebook-owned messaging app, is “clearly superior” to Apple’s iMessage from a privacy standpoint.

The Apple-Facebook feud dates back to 2014, when Cook questioned Facebook’s business model.

“I think everyone has to ask, how do companies make their money? Follow the money,” Cook said at the time. “And if they’re making money mainly by collecting gobs of personal data, I think you have a right to be worried. And you should really understand what’s happening to that data.”

In related news on Monday, Facebook’s stock price hit a new all-time high on Wall Street, despite Business Insider reporting this past weekend that 533 million users had their data leaked online.