April the Giraffe Gets Bronze Statue, Ashes Spread in Memorial 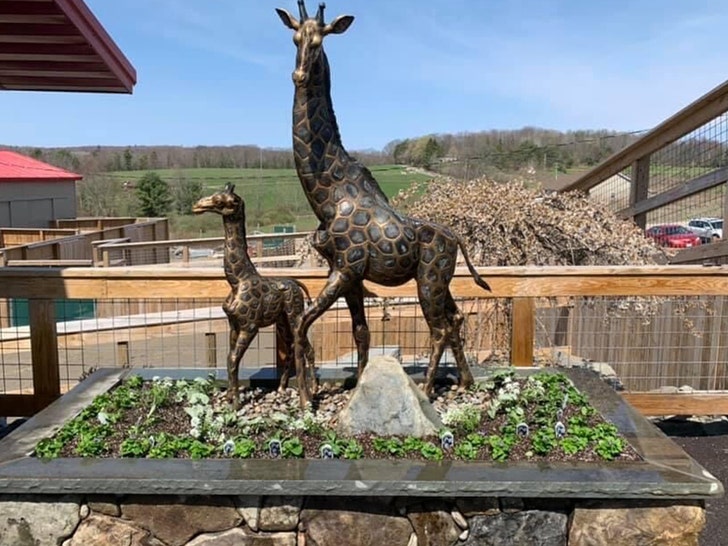 April the Giraffe is gone, but not forgotten at the park where she captivated millions — not only is there a new statue of her, but April’s ashes will also be spread around the memorial.

A rep for the Animal Adventure Park in upstate NY tells TMZ … they’re celebrating Opening Day Wednesday by unveiling bronze statues in memory of the giraffes that passed — April and her youngest son, Azizi who was born in March 2019 but unexpectedly died last year.

We’re told the bronze statues are displayed just off of the park’s giraffe yard and feeding deck. And April’s ashes are in the memorial too.

As we reported … April died earlier this year after her arthritis became much too painful, prompting park officials to do the humane thing and euthanize her. She captivated the world in 2017 and racked up millions of YouTube views on the park’s live stream as fans waited weeks for her to give birth.

April ultimately gave birth on April 15 … with more than 1.2 million tuning in … including us. She had a boy named Tajiri.

april the giraffe baby naming
You may also like: