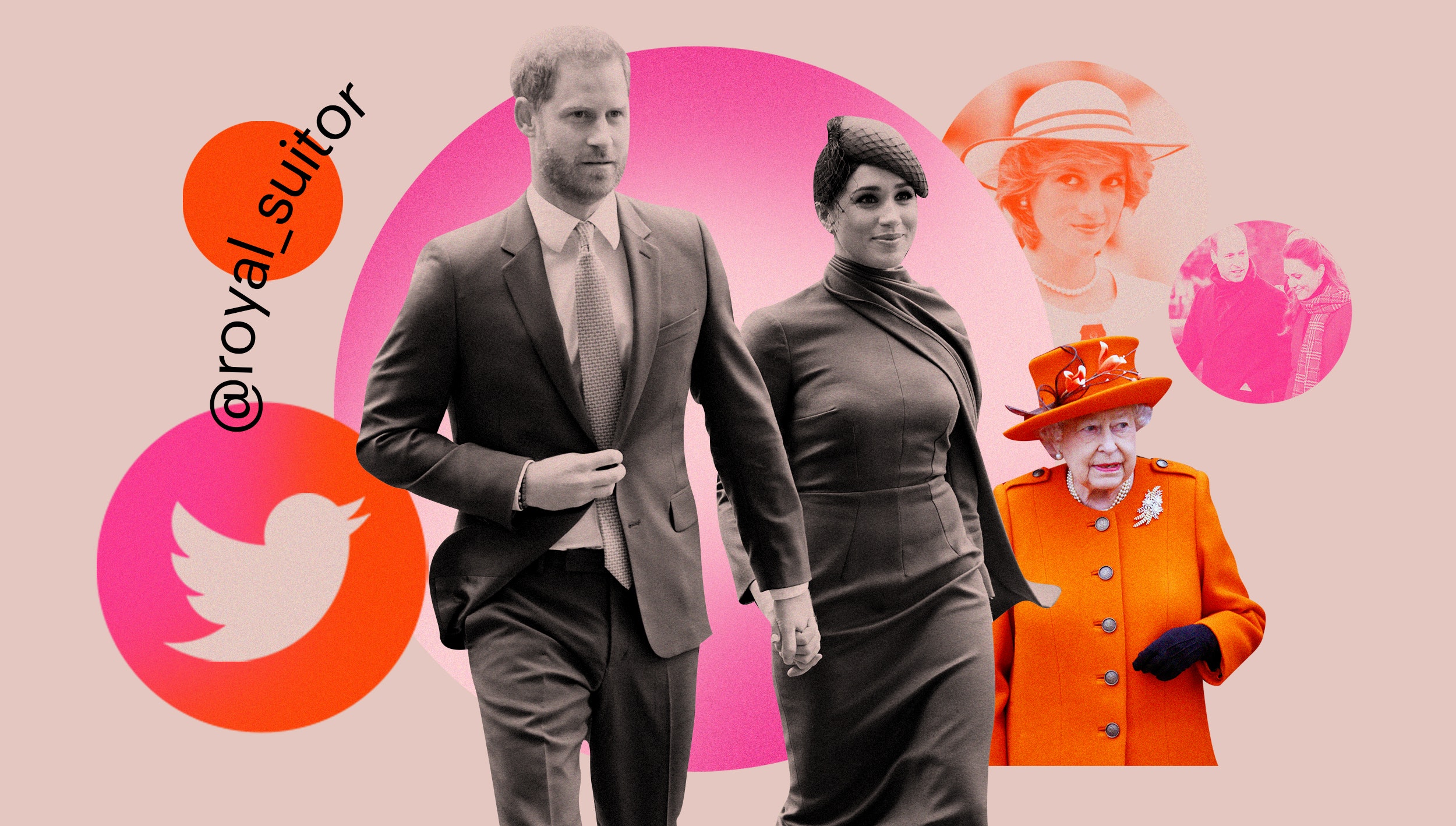 Following Prince Harry and Meghan Markle’s love story has been an emotional roller coaster from the moment it became public in October 2016. That’s why, on March 7, 2021, I was glued to the TV with the rest of the world to watch Oprah With Meghan and Harry: A CBS Primetime Special. After years of having their story chronicled by everyone but them, the public would finally hear from the Duke and Duchess of Sussex directly instead of having every innocuous move they make — from Meghan holding her pregnant belly to her love of avocado toast — spun into controversy by the U.K. tabloid press.

As I watched, I felt validated as the Sussexes’ account of their experience confirmed much of what I suspected over the past four years: The Palace apparently feared Meghan’s popularity would rival Princess Diana’s (and overshadow the future King and Queen), and they seemingly conspired with the media to put her in her place with a misogynoir- and xenophobia-fueled smear campaign. (Kensington Palace did not respond to Elite Daily’s previous request for comment on Meghan and Harry’s claims.)

Post-interview, British royal reporters and commentators immediately sought to dissect and dismiss the couple’s account of the racism and mental health crisis they experienced. The ever-present gaslighting felt strangely personal for me as a Black American woman, and yet universal for women of color everywhere. Seeing the traits that initially made Meghan a breath of fresh air — like her biracial heritage and professional career — be weaponized to reinforce her status as an interloper felt achingly familiar. That’s what converted me from being casually interested in Harry and Meghan as a modern-day feminist fairytale to defending them against the vipers in the Palace and the British press.

Amidst the couple’s personal revelations, I celebrated a milestone of my own. I reached my three-year Twitterversary just as I hit 10,000 followers on Royal Suitor, the fan account I created to report the latest Sussex news. When I started the account in April 2018, I was searching for a community to share my excitement leading up to Meghan and Harry’s wedding on May 19 of that year. Thankfully, I found my tribe — the Sussex Squad, a diverse, multinational coalition of fans who vociferously support Harry and Meghan.

As a day-one fan of the TV show Suits, I was as surprised as everyone else in November 2016 when I saw the People magazine headline, “Meet Harry’s American Girlfriend,” and recognized Meghan on the cover. I had been following her on my personal Twitter account since 2012 and periodically visited her now-defunct lifestyle blog, The Tig, drawn in by her personal essays on feminism, self-esteem, and race. 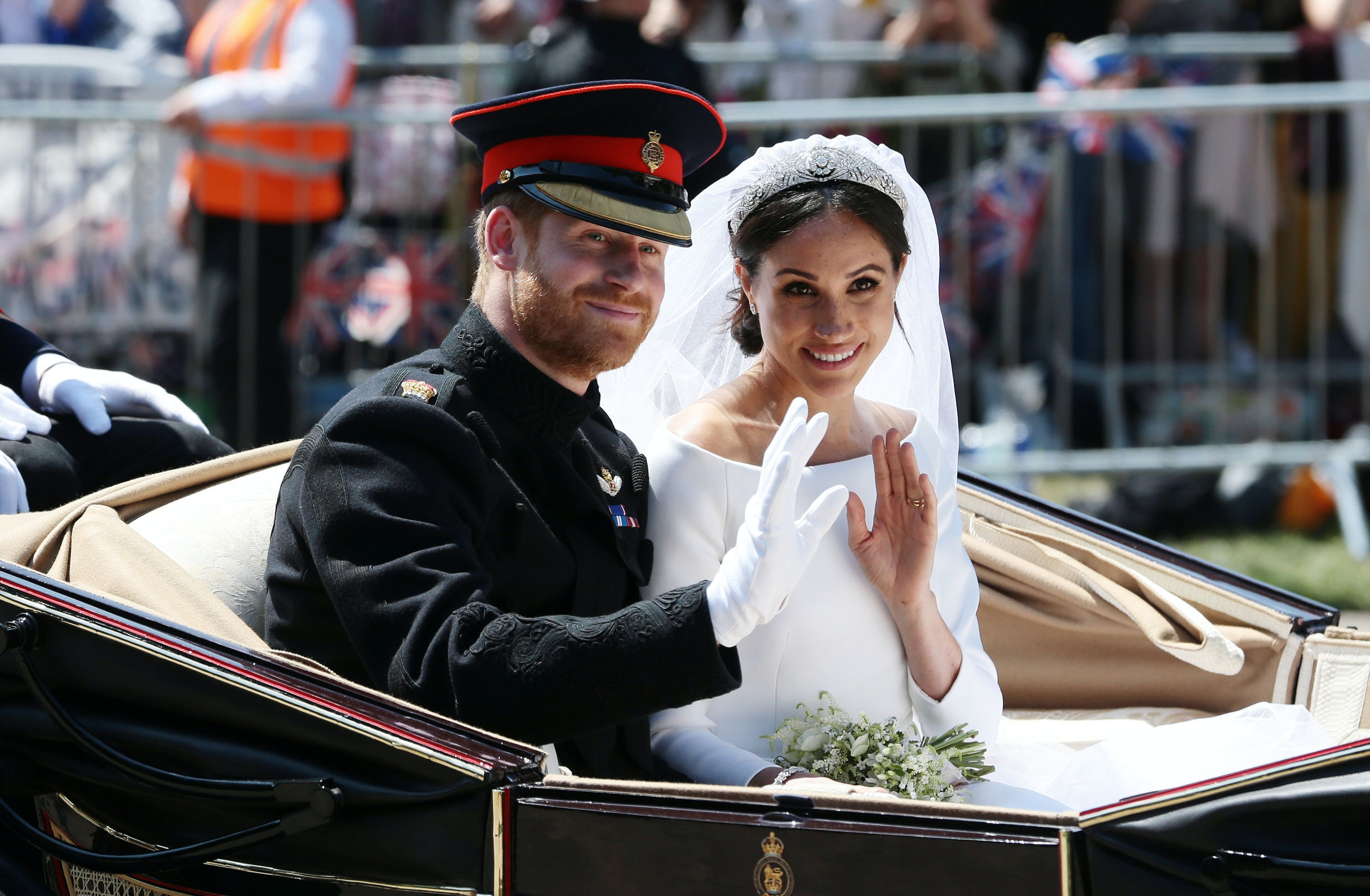 Initially, I followed Harry and Meghan’s romance as a fun distraction. The hopeless romantic in me was charmed by the Sussexes’ endless array of handholds and backrubs. Their chemistry produced an almost vicarious afterglow. Conversely, I was just as intrigued by their more modern approach to inclusive philanthropy. They traded ribbon cutting for projects that directly engaged the public. Rather than keeping people at arms’ length, Harry and Meghan hugged them close, encouraging their supporters to act on their convictions and acknowledging those efforts when they did. The hundreds of thousands of dollars raised in support of the couple’s patronages became another line of defense.

Based on his tabloid reputation during his teens and twenties, I’d previously written Prince Harry off as an overgrown frat boy with a penchant for stumbling drunkenly out of clubs. But as Meghan said in the Oprah interview, “It’s nothing like what it looks like.” Just as Meghan was cast as the villainous Black duchess to Kate Middleton’s white English Rose, biographer Robert Lacey’s book, Battle of Brothers: William and Harry, outlined how Harry had seemed to serve as a reluctant scapegoat to burnish the reputations of his brother, Prince William, and his father, Prince Charles, for much of his life.

Harry earned my respect by repeatedly demanding respect for Meghan from the press, the public, and his friends and family. He confirmed their relationship on Nov. 8, 2016 with a statement condemning “the racial undertones of comment pieces.” Still, what truly won me over was their partnership. They see themselves as a team of equals. That would be novel for any royal couple, but when you consider Meghan’s biracial heritage, it’s historic. It took three years, but on Jan. 19, 2020, I officially became #TeamHarry thanks in large part to his speech at the Sentebale charity dinner explaining why he and Meghan chose to step back as senior working royals just 12 days earlier.

As the Sussexes’ media coverage devolved, the focus of my Royal Suitor account changed. Pre-wedding, I began what felt like a British immersion program — a crash course on everything royal. But as talk of fascinators turned to (faux) protocol breaches, I became increasingly critical of the media machine that bolsters the royal family. It was clear Meghan was being held to a different, higher, and ever-changing standard than her sister-in-law, Kate Middleton. This phenomenon was perfectly encapsulated when, after months of being vilified as “Duchess Difficult” by the British press for supposedly making Kate cry at a bridesmaids’ fitting, the incident was trivialized by the same press when Meghan revealed it was actually Kate who had made her cry. The “invisible contract” between the royal family and the U.K.’s royal press pack, which Harry also outlined in the Oprah interview, was an open secret. The price for positive coverage was access, but in the documentary Harry & Meghan: An African Journey, Harry adamantly stated he “refused to play the game that killed [his] mum.” So instead, the tabloids exacted another price: mockery. Unprotected by the Palace, Harry appealed to the public for support.

Meghan is the first biracial, senior royal in the modern era, yet perspectives from women of color have been largely absent from royal commentary. According to the 2017 Diversity in Journalism Report for the U.K.’s National Council for the Training of Journalists, people from Black, Asian, and minority ethnic backgrounds represent only 6% of journalists despite comprising 14% of the U.K. population. Consequently, royal coverage in the U.K. reflects a particularly insular, homogenous, and conservative viewpoint often termed “male, pale, and stale.” Eventually, my growing Twitter following allowed me to challenge that outlook. I exposed Daily Mail columnist Andrew Pierce’s racist rant about Meghan by producing a viral video. With 2.1 million views, my video had Pierce trending in Twitter’s top 15 in the U.K. — he was later censured in newspapers and on TV talk show Good Morning Britain.

My CliffsNotes-style threads summarizing articles about the Sussexes prompted as much online debate as the original stories. In May 2020, a writer messaged me to applaud my biting critique of a Financial Times article by Jo Ellison, “I’m not wild about Harry any more — just disappointed,” in which I highlighted the hypocrisy of Ellison decrying Harry’s decline into celebrity while stalking his moves in the tabloids with the zeal of a jealous ex. The writer’s encouragement prompted me to establish a Medium account, R.S. Locke, and commit to writing more seriously about Meghan and Harry and their mistreatment in the press.

In some ways, my transition from fan account owner, to media critic, to writer was as seamless as it was unlikely. My second self-published article, “Will the House of Windsor Turn into a House of Cards?,” was inspired by a simple question from British LBC Radio host James O’Brien on February 16th: “What have Harry and Meghan done wrong?”

Seeing O’Brien’s question on my timeline, I felt like a kid in elementary school — hand-raised, on the edge of my seat, desperate to be called on. After four years studying this saga, I knew the answer. It was layered and nuanced, but ultimately the answer was as simple as the question itself — racism masked under a veneer of classism. Instead of my usual tweet threads, I wrote a short article and linked it in a tweet tagging O’Brien.

Describing the article as “the most insightful, informed, and plausible explanation of matters royal that I have ever read in my life,” O’Brien read the 480-word essay in full, live on-air that Friday. My article went viral — now shared with more than 1.2 million listeners across O’Brien’s radio, podcast, and YouTube audiences. In just three years, I had gone from casually participating in the royal conversation to actually driving international discussions about them through my writing.

For a couple who have been so widely scrutinized, their motives are just as often misjudged. It was easier for the tabloid media to make them into a caricature than to portray them as who they are — two kind, decent people committed to using their platform to help marginalized communities. I admire Harry and Meghan for leading from the front, willing to address vital issues like maternal mental health and racial justice despite inevitable backlash. If I can use my small platform to ensure the arc of the moral universe bends toward justice for them, I can stomach a little motion sickness on this roller coaster ride. Pass the Dramamine. I’m with Harry and Meghan until the wheels fall off.

Emmy Rules Change Will Give Actors And Actresses Option To Be Recognized As “Performer”; Oscar Docs No Longer Eligible