Ava Philippe, 21, Looks Just Like Mom Reese Witherspoon As She Rocks A Crop Top On Lunch Date With BF

Reese Witherspoon’s mini-me Ava has stepped out in a pair of ripped jeans a crop top for a lunch date with boyfriend Owen Mahoney.

Reese Witherspoon‘s daughter, Ava Phillippe looked like the spitting image of her A-list mom when she stepped out for a lunch date with her boyfriend Owen Mahoney in Los Angeles on July 27. Ava, 21, opted for a pink crop top and a pair of ripped, blue jeans as she styled her blonde tresses in loose waves. She also accessorized with white sneakers, oversized sunglasses, an animal print handbag, and layered gold jewelry. 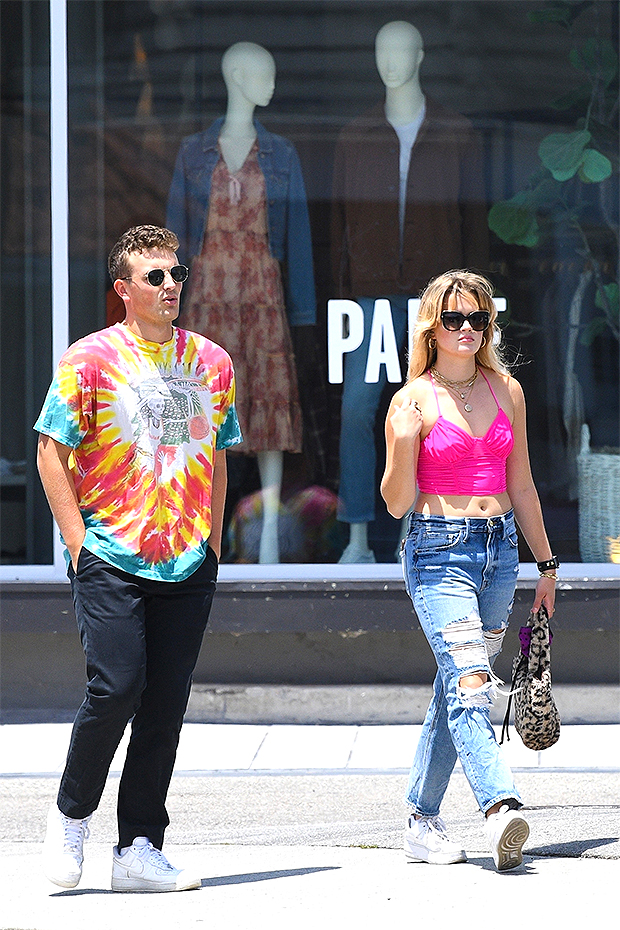 Meanwhile, her beau cut a casual figure in graphic, tie-dye tee, black jeans and white sneakers. Ava most recently forced fans to do a double take when she posted a selfie of her and Owen, in which they totally resembled Reese and her dad Ryan Phillippe. “The bats were feeling shy…so here’s a pic of us instead,” she captioned the sweet photo.

The eldest child of the Oscar winning-actress wore a red polka dot dress with spaghetti straps. She styled her hair in beachy waves and opted for natural makeup for the daytime outing. “These two,” the Walk the Line star responded in the comments section, adding heart eyes emoji. Ava and Owen were first spotted together on the beach two years ago in Los Angeles, and have been going strong ever since.

Reese, who is also a mom to sons Deacon Phillippe, 17, and Tennessee, 8, recently told actress Tracee Ellis Ross for Interview magazine that she shares a special bond with her three kids. “My gosh, I’ve been crying a lot this week. I’ll have memories of my kids when they were little, or I’ll remember my favorite English teacher from high school, and I’ll just burst into tears,” she said.

The Draper James designer continued, “That makes me want to cry, the idea of having a long relationship with adult children. I never expected the kind of relationship that I have with them, but it’s so rewarding to be able to have kids that you can process life with a little bit, and they help me understand the complexities of what it means to be a human now.”