Bella Hadid returned to France to conquer the Cannes Film Festival red carpet. The model attended the 75th anniversary celebration screening of L’Innocent (The Innocent) this evening, dressed up in a dramatic strapless vintage Versace black gown. She wore her dark hair in a slicked bun with a little bang in the front. Her Chopard jewelry added some glitz to the look, which Law Roach styled. 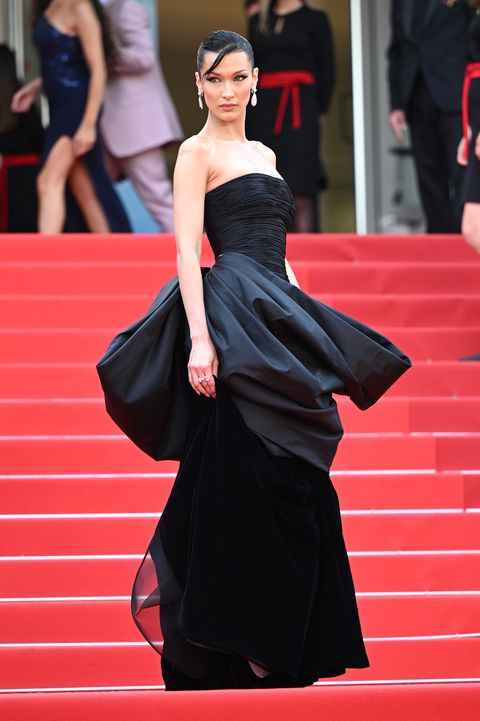 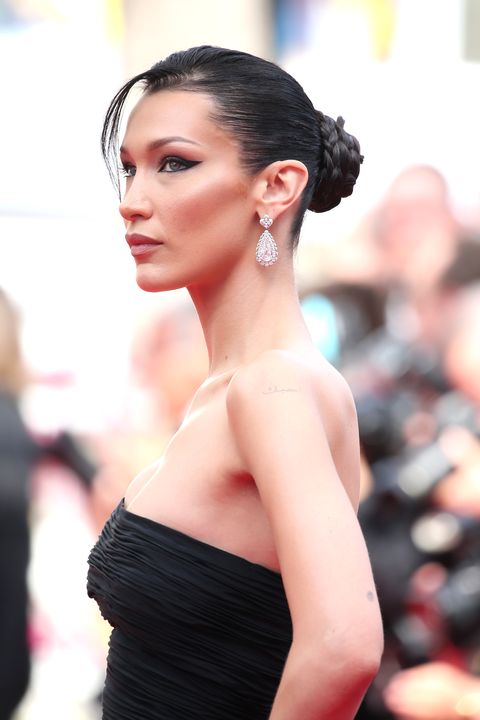 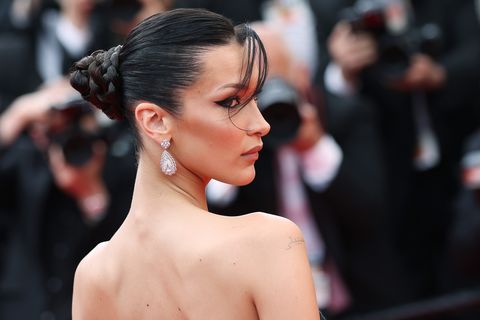 Hadid is a regular at the Cannes Film Festival. Last year, she rightfully went viral for wearing the tree necklace dress by Schiaparelli Haute Couture: 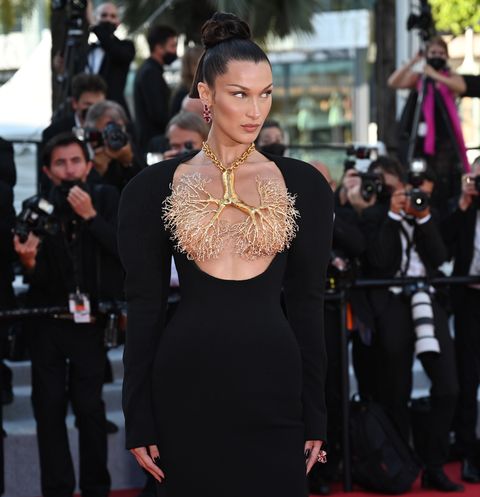 Hadid spoke to Vogue candidly in the spring about how comparisons to her older sister Gigi Hadid have affected her. “I was the uglier sister. I was the brunette. I wasn’t as cool as Gigi, not as outgoing,” she recalled. “That’s really what people said about me. And unfortunately when you get told things so many times, you do just believe it. I always ask myself, how did a girl with incredible insecurities, anxiety, depression, body-image issues, eating issues, who hates to be touched, who has intense social anxiety—what was I doing getting into this business? But over the years I became a good actress. I put on a very smiley face, or a very strong face. I always felt like I had something to prove. People can say anything about how I look, about how I talk, about how I act. But in seven years I never missed a job, canceled a job, was late to a job. No one can ever say that I don’t work my ass off.”