After being called out for making ‘vile’ and ‘offensive’ comments about pronouns and gender identity, Bethenny Frankel defended her remarks and said she is ‘absolutely not wrong.’

Bethenny Frankel said she is “not afraid of cancelation” after she was called out for transphobic comments made on her podcast. The reality TV star, 50, made questionable comments about pronouns and gender identity in a September 23 episode of Just B with Bethenny Frankel. Following the backlash, Bethenny took to Twitter and told her detractors to “come at me.”

“Nominate me for cancelation,” she tweeted on Monday, Sept. 27. “There are like five others before you so take a number.” In a separate tweet in response to a user who called her comments “wrong,” Bethenny wrote, “I was absolutely not wrong. And I’m going to discuss this again this week. Thankfully I have a platform to clarify what the media loves to distort.”

In another tweet, Bethenny bemoaned that “people have been afraid to have real conversations” and told people to “come at me.”

The Real Housewives of New York alum received backlash after she began her podcast with a discussion about her daughter Bryn, 11, and expressed her frustration over having to have the “pronoun conversation” with Bryn’s teachers at school. “We have to go into the fact that I did a Zoom for my daughter’s school and [had] the pronouns conversation with each teacher, each parent, each child,” she said.

“And my daughter says in school, too, that everybody has to say their pronouns. And my daughter didn’t even know what hers were. [She said], ‘I know what I am or what I think I am, but I have never said it out loud. It hasn’t come up for me.’ So she said she didn’t know.” The TV personality then recounted a story from her daughter’s summer camp, suggesting that being trans could be a phase and trans children should “go to another camp where there were kids in the same situation.” 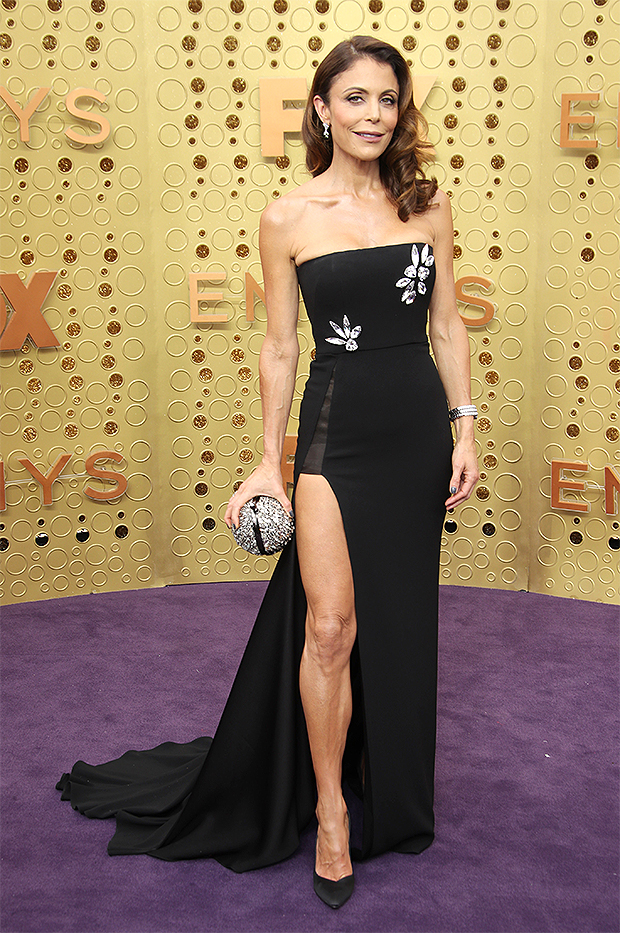 Bethenny said, “It’s an all-girls camp and a person with a penis, who identifies as being a girl, went to the camp and was in the bunk with the girls. And the girls saw her — because it’s her because it’s a male anatomy but identifying as a woman — so the other girls saw a penis.” She added, “They’re 9, 10 years old, so the parents obviously weren’t that happy. . . You can’t make every situation fit. The camp didn’t think it through.”

“What happens if a child isn’t ready to make a decision?” she continued. “Don’t a lot of girls in college have a lesbian phase and then they realize that they’re not? Maybe they’re going through something, maybe they want attention, maybe they’re going through a bad breakup. What is the age that someone’s absolutely positive who they are?I’ve heard of situations when [people] unmake that decision. . . Maybe a mother isn’t ready for her child to see a penis in a bunk and understand that child identifies as a girl.”

Bethenny’s comments have since been slammed as “completely offensive and disgusting” and “vile and transphobic” by Twitter users.