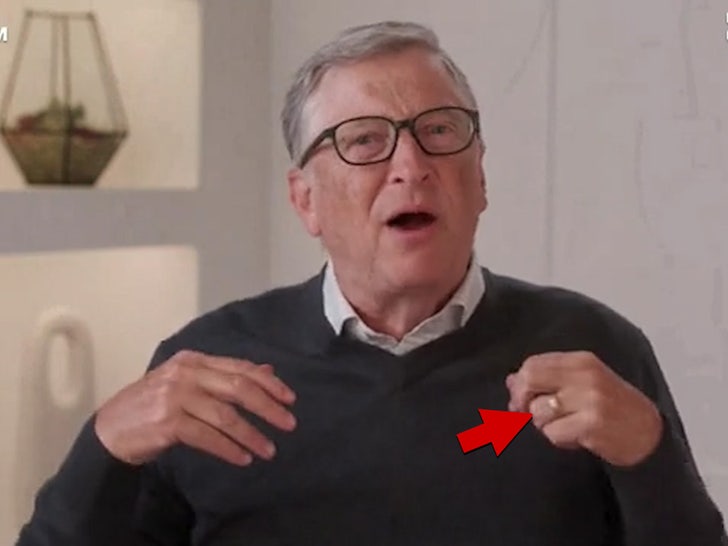 Bill Gates might be getting divorced, but he’s still coming off as a happily married man … at least by the looks of his digits, anyway.

The Microsoft founder beamed into a conference Wednesday for the U.S. Chamber of Commerce — where he got on camera at one point to make some remarks. It’s one of the first times we’ve seen Bill since he and Melinda, announced their split.

Because of that … there were prying eyes trying to pick up on what he was wearing (or not wearing), and sure enough — they spotted the prize … dude still had on his wedding band and wasn’t trying very hard to hide it.

NBD, obviously — he IS, technically, still married. It’s also possible he just hasn’t thought to take it off yet. Who the hell knows? 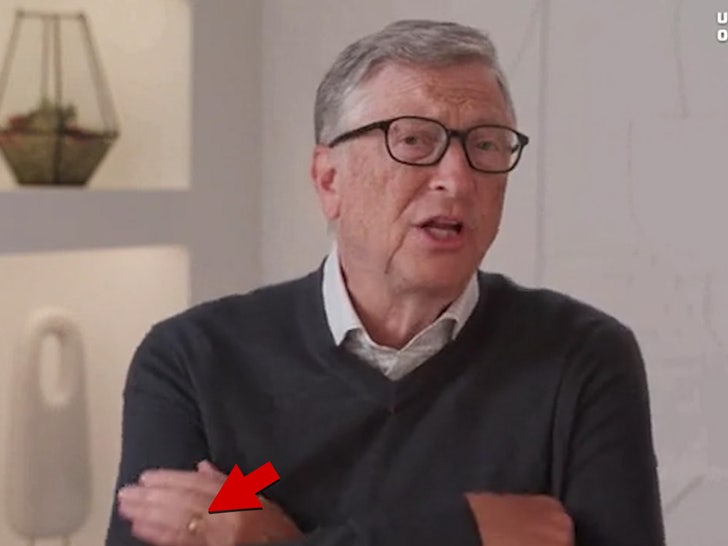 That said, this is sorta weird on its face … especially since there’ve been reports BG’s been playing the field — or at least attempted to, allegedly — while he was still married.

If that’s true, ya kinda gotta wonder … why the hold up in freeing that ring finger, Bill??? Take that sucker off and get out there.!