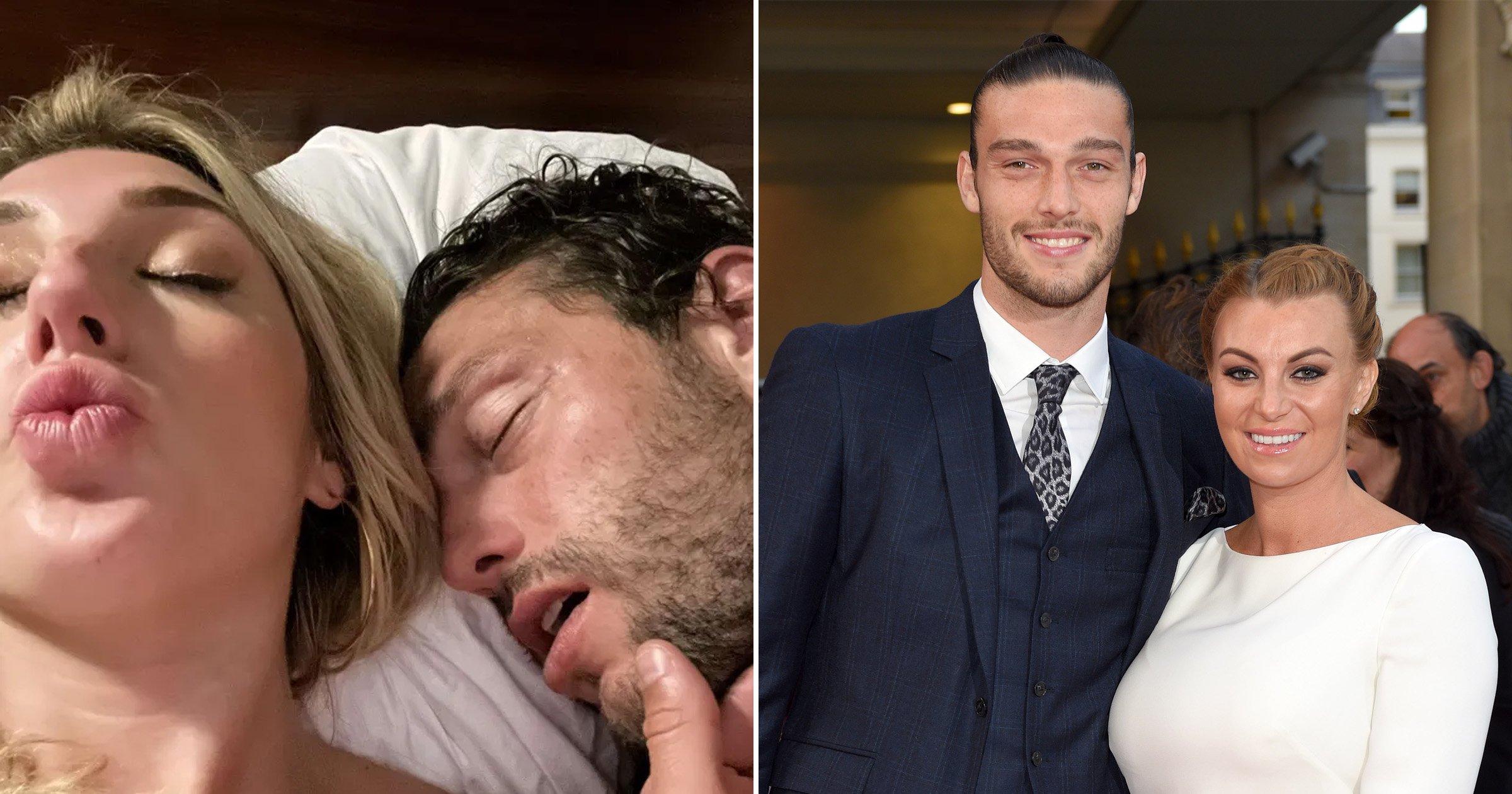 Billi Mucklow is not planning to call off her wedding to Andy Carroll despite photographs emerging of him on a bed with another woman.

The footballer, 33, flew to Dubai to crash Billi’s hen do last week, two weeks before they were due to be married.

He then stayed on in the United Arab Emirates city for his own stag, and later seemingly spent the day partying with another woman.

Photographs have now emerged, days before the footballer and Towie star are due to be wed, showing him asleep on a bed with another woman.

The photograph, a selfie taken by the woman herself as Andy seemingly slept on, went viral after she sent them to friends in the UK via Snapchat.

A second photograph shows the woman, Taylor Jane Wilkey, in Andy’s bathroom wearing his dressing gown which is emblazoned with his name.

Despite the ordeal, reality star Billi reportedly ‘has no plans to call off the wedding’ but has called her fiance ‘an idiot’.

A friend of Billi’s reportedly told The Daily Mail that Billi – and the entire friendship group – think Andy is ‘an idiot’.

‘They cannot believe he got himself into that situation and are convinced it’s a set up,’ the source added.

The wedding is still on, they confirmed, but ‘that might change’ should anything else emerge from the Dubai trip.

‘Andy’s certainly in the doghouse, that’s for sure,’ they said.

As for the original photos that sparked the scandal, Andy is reported to have spent the day partying with bar manager Taylor, beginning at the Cove Beach club, before the ex-Newcastle and Liverpool star invited her and two friends to another bar and to his hotel for an afterparty.

Reacting after her selfies went viral, she told The Sun: ‘It was all just a bit of entirely innocent fun,’ adding: ‘I didn’t sleep with him, it wasn’t like that, there was three of us in the room.’

Taylor claimed that ‘Andy was steaming’ and got into bed at the hotel where he ‘passed out’ while the women remained in his room until the early hours and ‘took the photo as a joke’.

Addressing the photo in his dressing gown, Taylor said she had also wanted to sleep so took off her dress in the bathroom and put it on.

Andy and Billi have been together for nine years, becoming engaged in 2014.

Andy is also dad to daughter Emilie Rose and son Lucas from a previous relationship.

Metro.co.uk has reached out to reps for Andy and Billi for comment.