Josh Del Cruz was pursuing a career on Broadway when threw his hat into the ring as one of the thousands to audition for the role as host of a rebooted new version of one of the biggest educational children’s TV series of the 1990s. Unlike all those thousands of other actors, though, Josh Dela Cruz was offered the job. That Broadway training turned out to be perfect for the new position.

In 2018, Nickelodeon announced Dela Cruz would star in “Blue’s Clues & You!” and step into the shoes of original host Steve Burns in a revamped update of classic kids’ show “Blue’s Clues.” It didn’t take this talented actor long to establish himself in his new role, quickly developing a fanbase of preschoolers who tuned in each day to hang on his every word and sing along with the show’s oh-so-catchy songs. 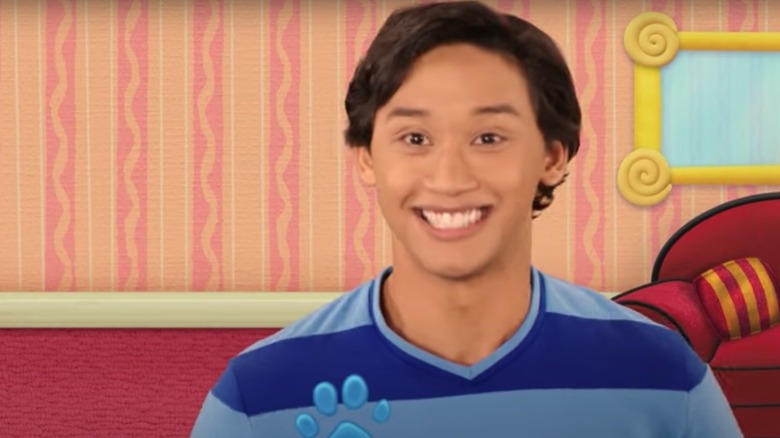 Asked if he ever finds himself singing along to one of those “Blue’s Clues & You!” songs when he’s not on the set, Josh Dela Cruz admitted that he does. “Absolutely,” he said before joking, “I’m so sorry.” Dela Cruz continued, “Parents, every parent that’s out there, I want you to hear me and I want you to know that I’m serious. If you ever get annoyed, or if you’re already annoyed at my voice and the songs that I sing, I’m so sorry, but thank you so much for continuing to play it for your kids. You’re all superstars.”

And if you needed any more confirmation that those songs are catchy, Dela Cruz admits that he’s as susceptible to those “Blue’s Clues & You!” earworms as anyone else. “I do find myself singing, ‘We got a letter,’ and that is just one of the things that people ask me if I sing on the daily, and, sadly, I do,” he shared. “A lot of the time when I’m having trouble finding something, I’ll start singing to myself, ‘I came into this room to look for a glass.’ It’s not far off, but yes. I’m sorry.”

“Blue’s Clues & You!” airs on Nickelodeon.