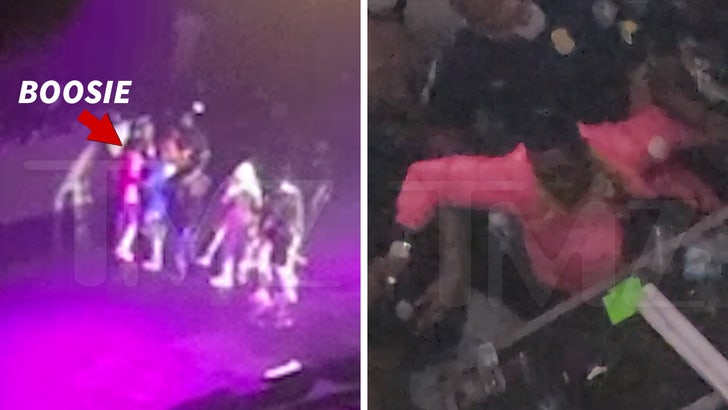 Boosie Badazz performed for all of 2 minutes Friday night when a fight broke out on stage … and it got so insane promoters pulled the plug on the entire concert.

It went down in Atlanta at the Legendz of the Streetz concert with an all-star ensemble which included 2 Chainz, Rick Ross, Jeezy, Lil Kim, Gucci Mane, and Fabolous.

A couple minutes into Boosie’s set, someone came down from the DJ booth and started swinging at another guy on stage. Unclear what triggered his anger.

Check out the video … Boosie, in white pants and a pink jacket, is standing at the front of the stage, and when he eyes the fight he beelines it for the action and jumps right in. 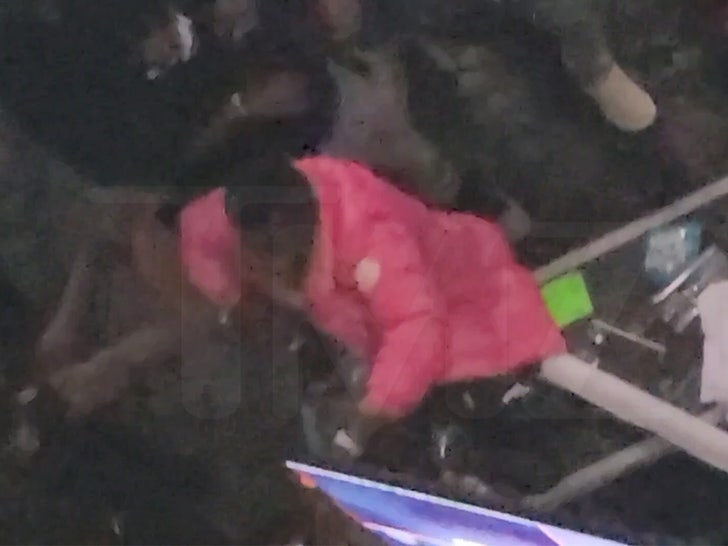 You see a security guard guiding Boosie off stage while the fighting escalates … speakers are knocked over and basically, they all start trashing the joint.

That was enough for the venue … the house lights went up and the show was over.

There were no injuries to speak of and cops weren’t called.