An outpouring of heartfelt tributes have flooded in after news broke that Andre Leon Talley passed away at 73.

News broke that fashion icon Andre Leon Talley reportedly passed away on Wednesday, Jan. 19 and the overwhelming amount of tributes that poured in proves that he was loved by many. The fashion legend was best known for being the creative director of Vogue, a judge on America’s Next Top Model and creating an ever-lasting legacy in the fashion industry. Most importantly, he has left an eternal mark on those who loved him and left heartfelt messages including Brad Goreski, Holly Robinson Peete, Andy Cohen, Octavia Spencer and more.

Stylist Brad Goreski honored Andre Leon Talley with a picture of him in a red puffy coat. “André Leon Talley was a big inspiration for me to want to work in fashion. So sad to hear about him passing. RIP ALT,” he captioned the post.

Actress Holly Robinson Peete uploaded a collage of photos of the fashion icon. She added two black and white pictures, a picture of him posing with a fabulous coat and a throwback picture of him beaming at the camera. “Rest In Peace André Leon Talley. What a mark you made,” she tweeted. 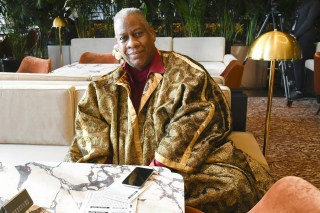 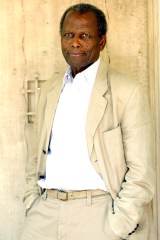 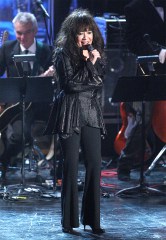 Bravo host Andy Cohen addressed news of the fashion icon passing during an episode of his late-night talk show Watch What Happens Live and shared a video of him learning about the news. “Just riffing here about Andre… he was an incredible person who lived an incredible, groundbreaking life,” he wrote along with the video.

Actress Octavia Spencer sent love to his friends and family upon hearing about his death. “I am sad to hear of Andre Leon Talley’s passing. My thoughts and prayers are with his loved ones,” she tweeted.

Actress and singer Cree Summer posted a picture of a young Andre Leon Talley beaming at the camera. “Infinitely Quotable , such a beautiful man 💔 Farewell Andre Leon Talley,” she tweeted along with the picture.

Tony award-winning playwright and actor Harvey Fierstein shared an announcement of his death along with some kind words. “A truly original heart , spirit and mind. He cast a giant shadow and will not soon be forgotten. What’s loss,” she wrote.

Actor and comedian David Alan Grier posted a picture of Andre Leon Talley wearing a large white robe in front of a subdued grey backdrop. “Rest In Peace Andre Leon Talley,” he wrote along with the picture.

Canadian singer-songwriter Deborah Cox posted a stunning picture of Andre Leon Talley by a Chinese dragon-designed bridge with Eiffel Tower in the backdrop as he was dressed fabulously from head-to-toe. “Rest In Peace Andre Leon Talley,” she wrote along with the picture.

The fashion designer duo known as Tom and Lorenzo posted the same picture and wrote, “Goodbye to André Leon Talley, the King of American Style. We won’t see his like again.”

New York Times editor Vanessa Friedman had some kind words for the fashion legend. “Farewell Andre Leon Talley. A towering figure, in every sense,” she tweeted.

Model Coco Rocha wrote a lengthy heartfelt message for Andre Talley Leon on Instagram. “I’m so sad to hear that my friend, the incredible Andre Leon Talley, has passed away. He was a legendary figure in fashion and a walking encyclopedia of knowledge,” she started off the caption. “Beyond the larger than life persona, I knew him personally as a sweet and genuinely kind human being, she continued. She even wrote about her last exchange with him, noting, “His final departing words to me were ‘Nothing matters in this world but family and love, and you have IT.’”

Film director Sampson McCormick posted a lovely black and white picture of the fashion icon.”Andre Leon Talley— an icon. Rest in fabulous and fashionable power,” he wrote along with the photo.