The Chase: Bradley Walsh gets his leg stuck on the table

Bradley Walsh, 60, has added another string to his bow with the adrenaline-fuelled series Breaking Dad alongside his son Barney Walsh, 23. The father and son duo take on various death-defying challenges with The Chase host now speaking out on an injury that he suffered during filming.

During the latest series of Breaking Dad, the duo travel to Europe as part of their latest road trip.

Each week, viewers get to see Bradley and Barney take on some nerve-wracking challenges – including bungee jumps and leaping off of a 30ft cliff.

However, the small-screen star revealed that his injury occurred after taking part in clog dancing.

It comes after the pair touched down in Holland and it wasn’t long before he hit his head on a wooden menu. 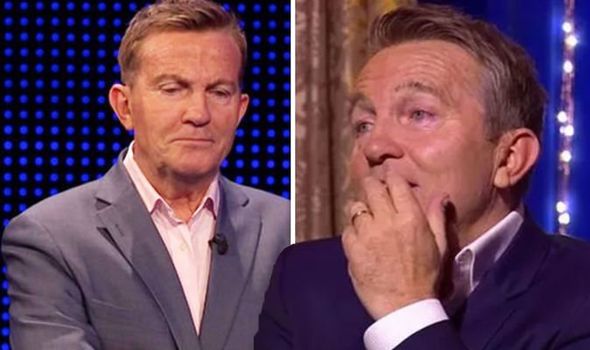 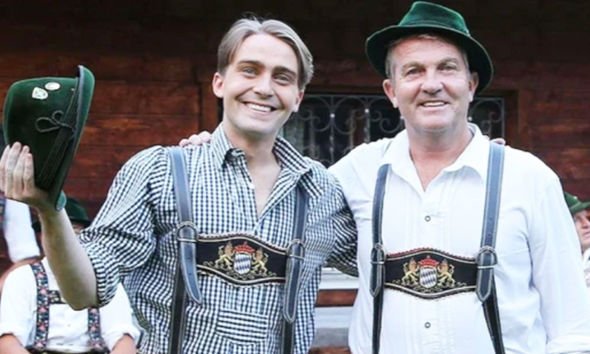 “After being thrown out of a plane, climbing up a wall and being thrown off a bull and everything like that, I trip up like an old twerp and whack my head on the menu,” Bradley told The Sun.

In a recent episode, the presenter took the opportunity to overcome his fear of heights, jumping off a 30ft cliff into the sea.

After the pair received some diving training, they climbed up onto the cliff face and prepared to jump.

But the TV star revealed that he landed badly and admitted that his “a** was on fire”. 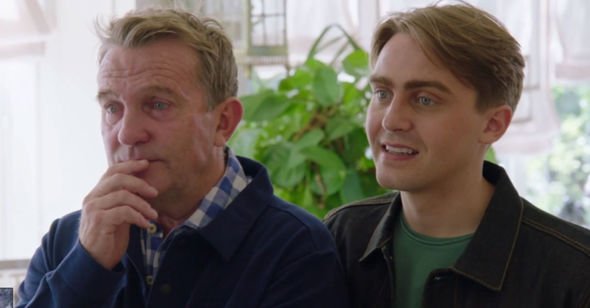 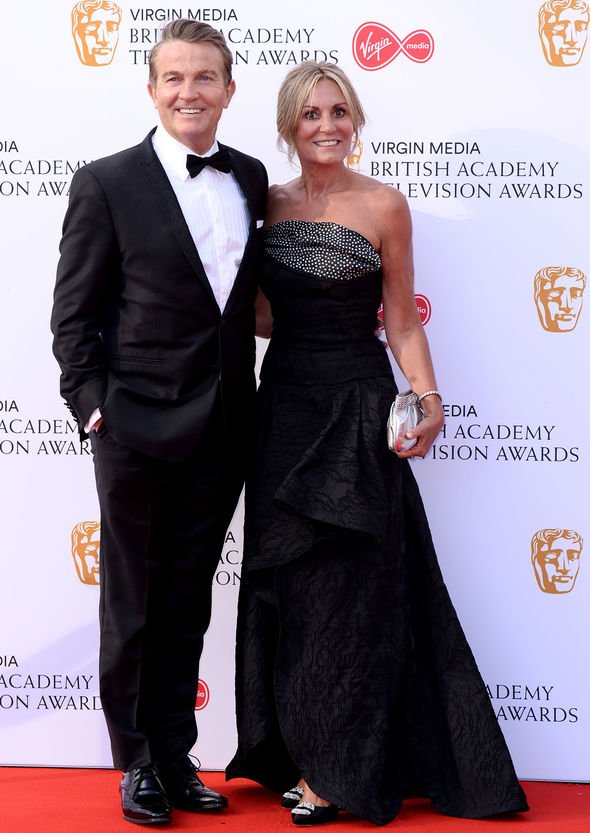 After the jump, Bradley said: “I landed on my gluteus maximus, it’s absolutely slapped my a***! Ah, my a*** is on fire.”

Meanwhile, the ITV presenter had reason to celebrate after his daughter Hayley Walsh announced she is expecting a baby.

The 39-year-old shared a sign which read “on maternity leave”, alongside a caption explaining her “lack of posts”.

Hayley wrote: “Finding out we were expecting was just incredible, however, being pregnant during this lockdown has been a little tricky at times.

“I’ve been spending the last few months frantically trying to learn as much as possible online.”

So happy for you lovely,” a second commented.

The mother-to-be is believed to live in Hertfordshire with her partner Tom and it’s not known if Hayley has any other children.

Bradley, who shares his son Barney with his wife Donna Derby, tends to keep his family life out of the public eye.

The Chase star only shares work-related posts on his social media.