Bryce Dallas Howard: Chris Pratt made sure we had pay parity on games & rides 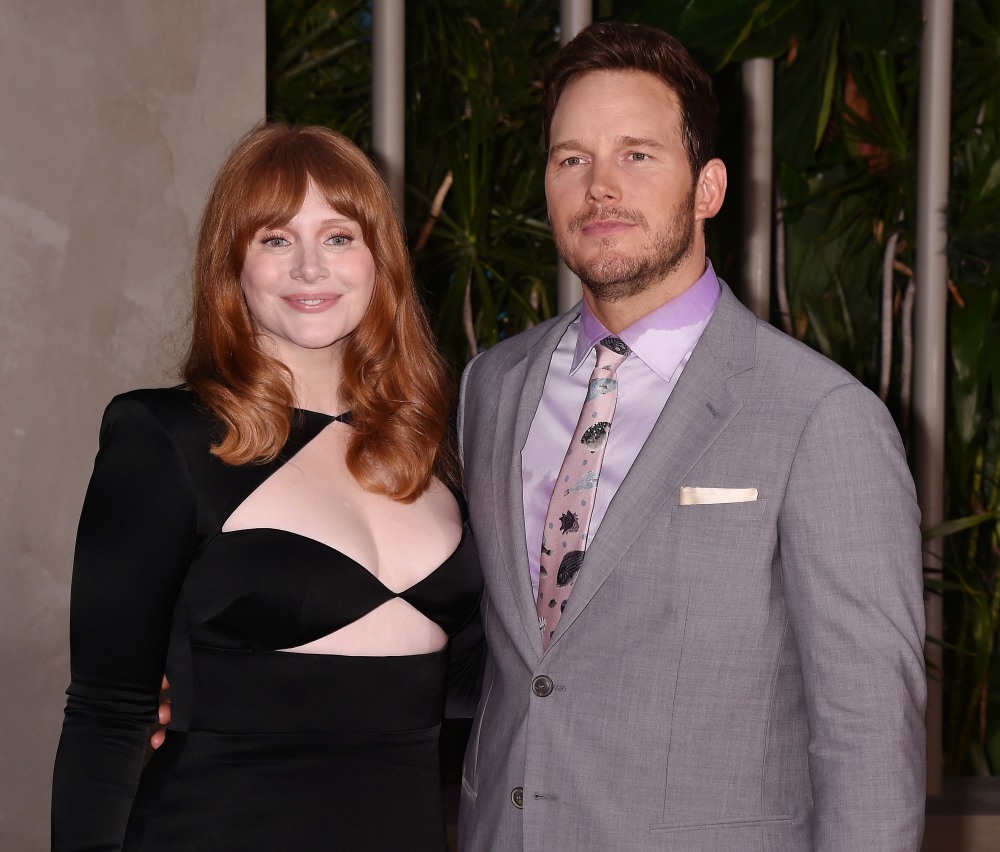 Bryce Dallas Howard is part of the Jurassic World franchise, arguably (or not so much) the female co-lead alongside Chris Pratt. Pratt was a bigger star when the two actors signed their contracts, and Pratt has gotten paid much, much more than Bryce for the sequel films. There have been reports here and there about how poorly Bryce was paid compared to Pratt. In 2018, Bryce talked around that issue, saying that in general, she gets paid so much less than her male costars. Now she’s getting more specific about the Jurassic franchise, but she also gives Pratt some credit:

Reports surfaced in 2018 that Bryce Dallas Howard was making $8 million to Chris Pratt’s $10 million for their work on “Jurassic World: Fallen Kingdom,” but Howard revealed in a new interview with Insider that she was actually being paid “so much less” on the “Jurassic World” sequels compared to her male co-star. Howard did not reveal a dollar amount, but she did stress that Pratt worked to correct the situation by ensuring she had pay parity on other “Jurassic World” properties such as video games and theme park rides.

“The reports were so interesting because I was paid so much less than the reports even said, so much less,” Howard said. “When I started negotiating for ‘Jurassic,’ it was 2014 and it was a different world, and I was at a great disadvantage. And, unfortunately, you have to sign up for three movies and so your deals are set.”

Howard continued, “What I will say is that Chris and I have discussed it, and whenever there was an opportunity to move the needle on stuff that hadn’t been already negotiated, like a game or a ride, he literally told me, ‘You guys don’t even have to do anything. I’m gonna do all the negotiating. We’re gonna be paid the same and you don’t have to think about this, Bryce.’”

“I love him so much for doing that,” Howard concluded. “I really do, because I’ve been paid more for those kinds of things than I ever was for the movie.”

Howard and Pratt first joined forces for “Jurassic World” before reuniting to headline the film’s two sequels, “Jurassic World: Fallen Kingdom” and “Jurassic World: Dominion.” The latter opened in June and has grossed $373 million in the U.S. and $974 million worldwide, massive sums as the box office continues to recover from the pandemic.

That’s actually a really nice story about Pratt? I think it says something about Bryce that she talks to her male costars about money and who’s being paid what, and I think it says something about Pratt that he was listening to her and talking to her about this stuff, plus he was advocating for her in those meetings. One of the best, most feminist-ally things men can do is talk to their female coworkers about money. It helps women negotiate and/or walk away if things are unfair. Even if Pratt had simply told Bryce flat-out what he’s being paid for the movies and for the add-on stuff like video games, that would help Bryce and her agent negotiate. The fact that Pratt used his white-guy privilege to negotiate the same pay for Bryce on the rides and video games is great. 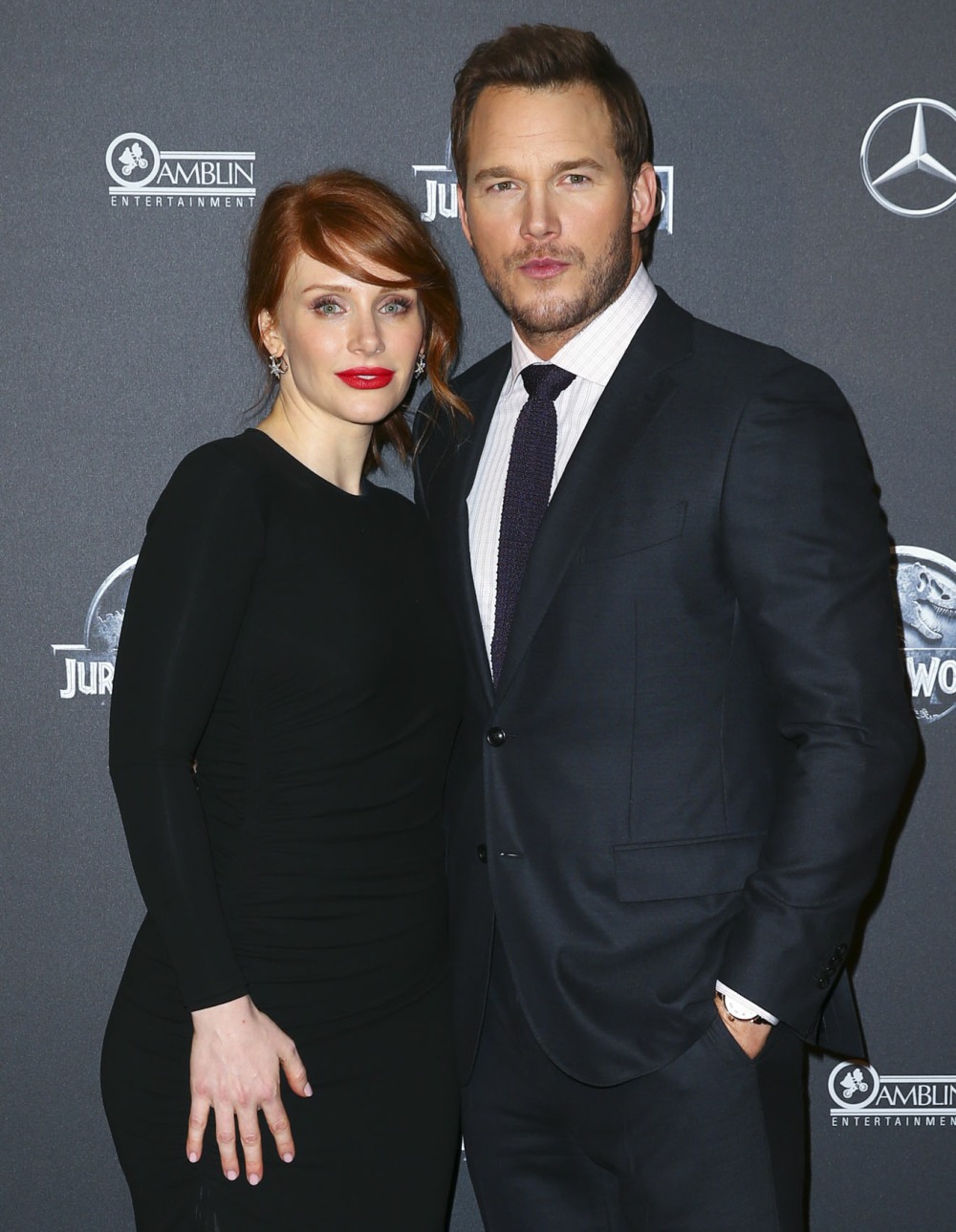 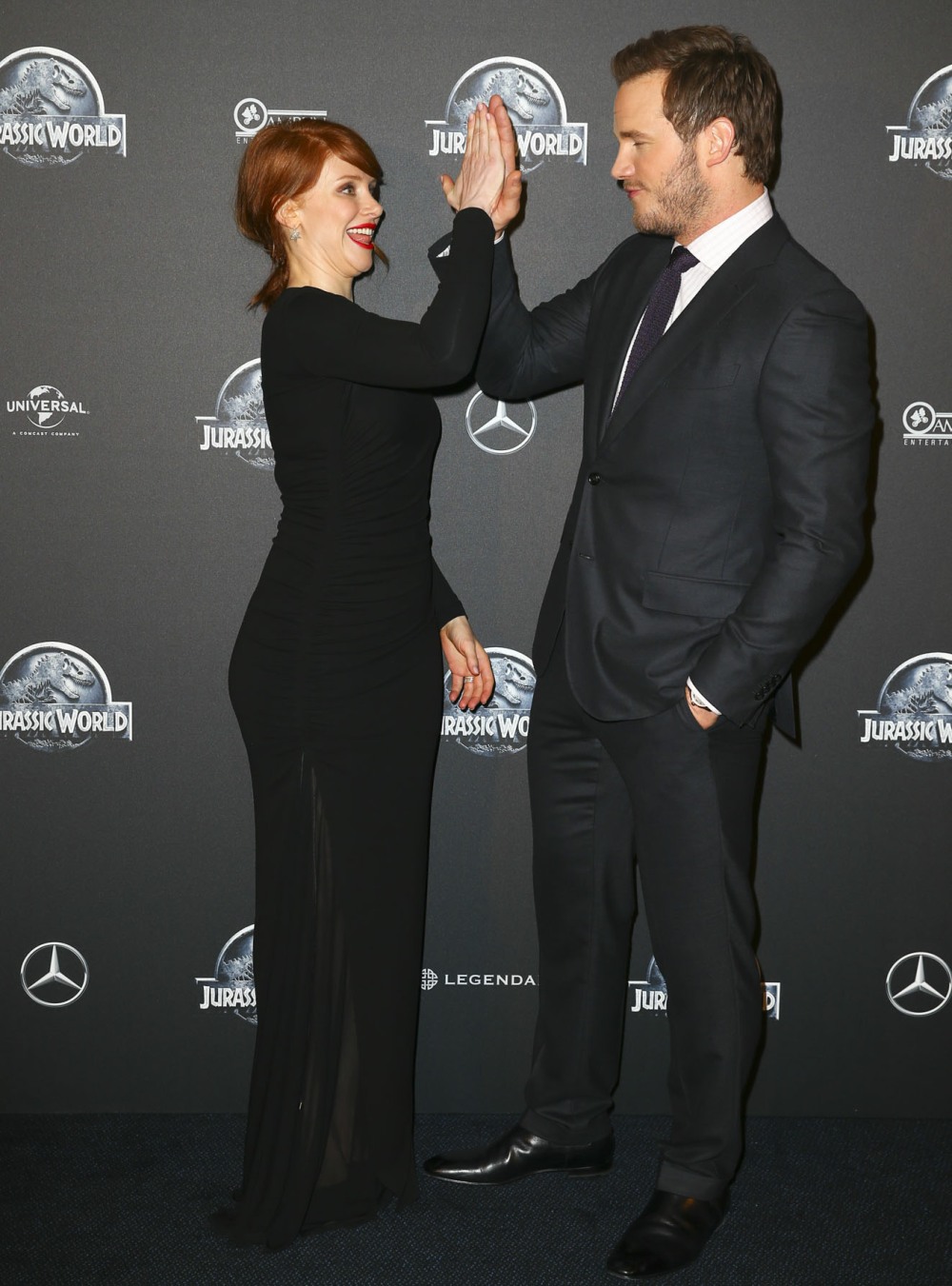