Camila Cabello has stepped out in a ball gown with her ‘Cinderella’ co-stars James Corden, Billy Porter and Idina Menzel for a musical sketch.

Camila Cabello, 24, is set to star in the latest remake of the iconic Cinderella fairytale, and joined some of her co-stars to promote the movie. The former Fifth Harmony songstress was spotted wearing a bright pink ball gown on the streets of Los Angeles, as she filmed a “Crosswalk Musical” sketch for James Corden‘s talk show. The duo were also joined by Pose actor Billy Porter and Broadway icon Idina Menzel who are set to star in the upcoming adaptation. 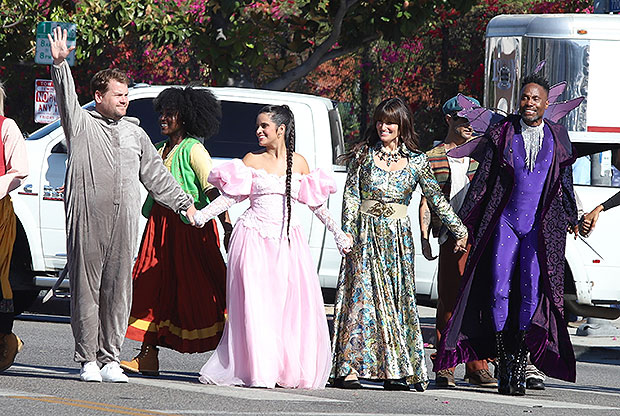 The “Havana” singer looked gorgeous in the pink gown, which featured puffy sleeves and lace gloves, as she pulled her hair back into a super long braid. As fans would know, it came two days after she opened up to Jimmy Fallon about speculation she and her longtime boyfriend Shawn Mendes, 23, were engaged.

“Did Shawn Mendes ask you to marry him?” Jimmy probed, to which she responded, “He has not. And I am not engaged.” Camila continued, “I just, I swear to God I don’t know what hand an engagement ring goes on, so sometimes I’ll just put [a ring] on my ring finger,” she explained. “I’d actually like you to enlighten me. Which had is the engagement hand? Because I don’t know. My parents are married and they both lost their rings, so my mom couldn’t tell me either.” Jimmy then quipped, “It’s the left, right?Yeah, I think it’s the left.” 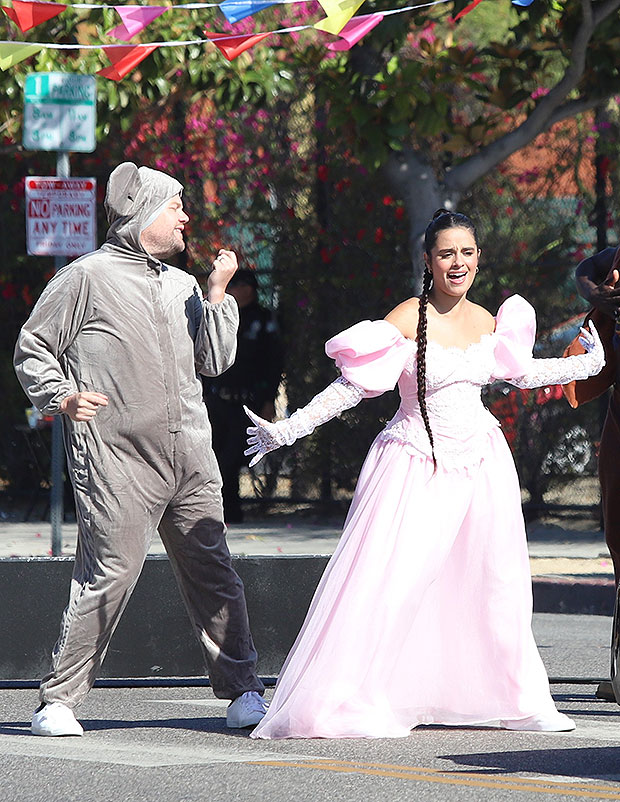 “You don’t even know!” Camila chimed in. “Is this common knowledge? You sound insecure about this.” The TV host then recounted an incident that left him in bandages for weeks. “Well, I almost ripped my finger off with my wedding ring. So I just have a tattoo on my lower back, it says ‘Taken.’”

Camila got in on the fun, adding, “I have a tattoo of Shawn on my lower back too.” Jimmy then joked, “We have the same tattoo,” as Camila added, “Actually, it says ‘Señor,’ and he has one on his lower back that says, ‘Señorita’.” She and the Canadian chart-topper have been dating for more than two years.