In her apology videos, the former ‘Fuller House’ star laughs at her failed attempt to be ‘strong’ in a since-deleted Instagram post after her fans criticized her clip as ‘weird.’

AceShowbiz –Candace Cameron has issued an apology for her since-deleted Instagram post. After getting backlash over her “seductive” video, the former “Fuller House” star didn’t waste her time to say sorry.

“I just came home and read a lot of messages that were not happy with my latest Instagram post that was a TikTok video,” the 45-year-old actress said on her Instagram Story. She added, “And I usually don’t apologize for these things, but a lot of you thought it was weird, and I’m sorry. That was not my intention. I was using a very specific clip from TikTok and applying it to the power of the Holy Spirit, which is incredible.” 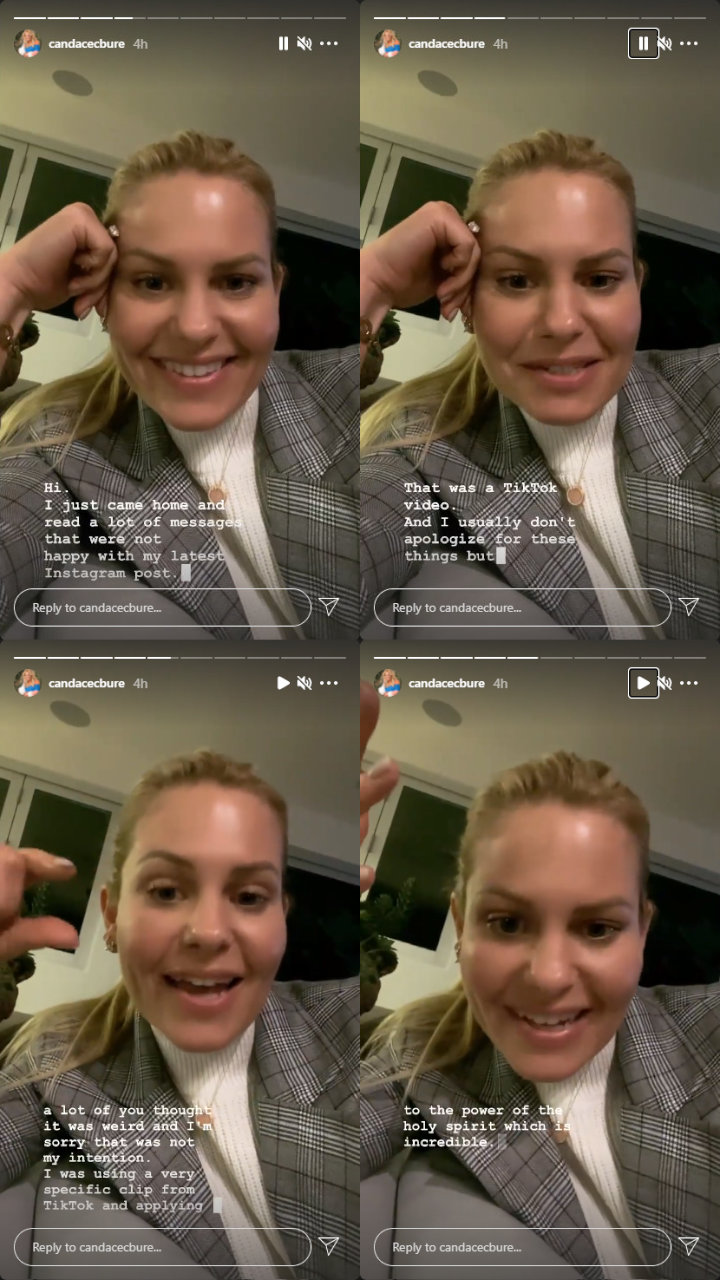 Candace Cameron Bure apologized for her ‘seductive’ and ‘weird’ video.

Candace then laughed at her failed attempt to be “strong” in her clip. The “Christmas Under Wraps” actress continued, “And so many of you thought that I was trying to be seductive, which clearly means I’m not a very good actress because I was trying to be strong, not sexy or seductive.” She said, “So I guess that didn’t work, but I deleted it.”

The mother of three went on to explain that her 22-year-old daughter Natasha had previously lip-synced to the same song, Lana Del Rey‘s “Jealous Girl”, in a TikTok post with the added message, “When he raises his voice at you, but you were raised by a Russian NFL player.” She then admitted that she was trying to do her “own version with the Bible.” 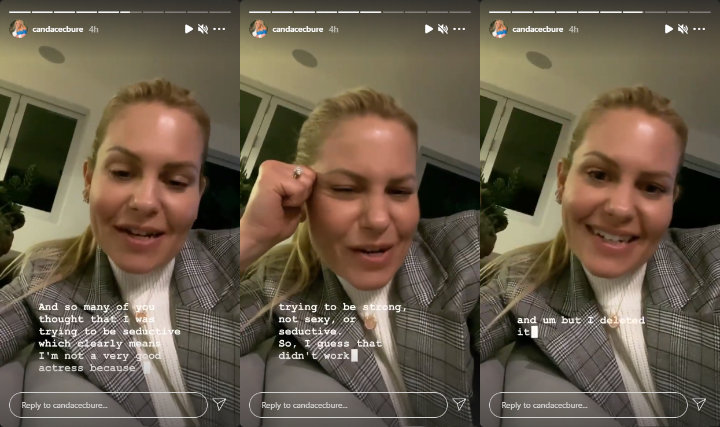 Candace laughed at her failed attempt to be ‘strong’ in her clip.

“Maybe I was just trying to be too cool or relevant in a Biblical way that didn’t work,” Candace confessed. “Anyway, most of you didn’t like it, clearly, but there was a small percentage of you that appreciated what I did and understood my intention. But anyway, it’s gone. Now I know what you don’t like.”

Though Candace had deleted the post from her Instagram account, the video is still on her TikTok page. In the footage, the star could be seen leaning over in front of the camera. At one point, she held up her Bible close to her chest. “When they don’t know the power of the Holy Spirit,” she captioned the clip.

apo, Candace Cameron Bure, sorry
You may also like:

Meghan McCain Slams Biden's Spending Package as 'the Most Progressive, Modern Agenda of All Time' (Video)

Gabby Petito’s Loved Ones Give Heartbreaking Eulogies At Funeral Service