Charlize Theron took her girls on a post-Thanksgiving getaway! The actress was casual in an oversized jean jacket as she touched down in Mexico.

Charlize Theron, 46, is enjoying a vacation with her daughters Jackson, 9, and August, 6! The Bombshell actress was spotted arriving with her girls in sunny Los Cabos, Mexico on Friday, Nov. 26 — just a day after Thanksgiving. Charlize was casually dressed in a pink floral sundress which she covered up with a ’90s inspired oversized jean jacket as the trio were about to get into a waiting white SUV in the photos published by the DailyMail.

She also sported a protective black face mask due to COVID-19, also accessorizing with a pair of sunglasses. Charlize opted to keep her blonde hair up in a tiny bun for the travel day. Jackson stood to her right in what appeared to be a black-and-white floral dress, while the younger August sported a casual white t-shirt. Jackson appeared more than ready to get into the car — presumably taking them to a hotel — as she walked in front of her Oscar winning mom to get inside. 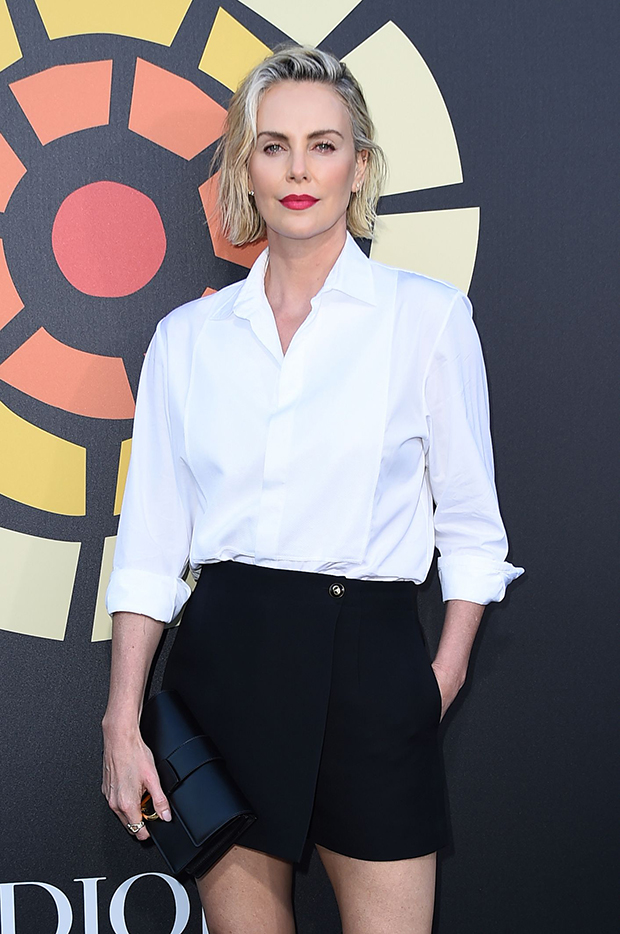 The Los Cabos region, which is part of the Baja California region of Mexico, includes the towns Cabo San Lucas and San José del Cabo. The area has an array of resorts and hotels, and is a popular destination for Los Angeles natives due to the short travel distance.

Charlize became a mother after adopting Jackson in 2012, followed by August three years later. “I have two beautiful daughters who, just like any parent, I want to protect and I want to see thrive,” she said to DailyMail back in 2019. “They were born who they are and exactly where in the world both of them get to find themselves as they grow up, and who they want to be, is not for me to decide,” the South Africa native added.

“My job as a parent is to celebrate them and to love them and to make sure that they have everything they need in order to be what they want to be. And I will do everything in my power for my kids to have that right and to be protected within that,” she also said to the outlet about parenthood.