In a birthday tribute to mom Gerda, Charlize Theron shared a rare photo of her daughters, August and Jackson, hiking with their grandmother, who Charlize said ‘TRULY is life.’

Always one to put her family’s privacy first, Charlize Theron, 46, doesn’t often offer fans a first-hand look into life with her two daughters August, 7, and Jackson, 10. But celebrating three generations of women in her family is a special occasion. On Thursday, January 27, Charlize shared a rare photo of her daughters hiking with Charlize’s mom, Gerda, as part of an Instagram tribute for Gerda’s birthday.

In the shot, Gerda is the spitting image of Charlize as she puts a loving arm around Jackson. The two beautiful sisters shoot the cameraperson, presumably Charlize, soft smiles as they enjoy the great outdoors with their grandma. Jackson especially looks hiking-ready holding a walking stick and wearing a stylish flat-brim cap printed with a campfire and tent. In her caption, Charlize spoke poignantly about her “direct,” “honest,” and “funny” mom. “I wanted to share her with all of you because anyone who knows her, knows how utterly awesome [it] is to stand in her sunlight,” Charlize wrote. “She TRULY is life.” 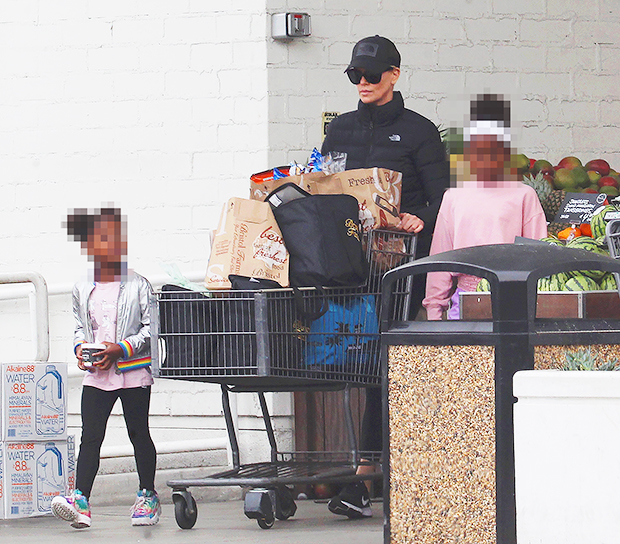 In the rare images Charlize does share of her daughters, their intimate and loving bond shines through. Just last week, Charlize was spotted enjoying a shopping day in LA with her girls, and on January 4th the actress shared a sweet photo of her cuddling on the couch with August and their family dog to ring in 2022. The family spent time traveling together for the holidays, enjoying Thanksgiving in Los Cabos and Christmas skiing together on a snow day.

35 Cute Photos Of Celeb Moms Out With Their Kids: Gwen Stefani & More

Being a protective, loving mom to her girls makes sense for Charlize, who has spoken openly about the abuse she and her mother faced from late father Charles Theron. In fact, the actress spoke candidly with NPR in 2019 about how her mother killed her father in self-defense when Charlize was 15, and how Charlize is ‘not ashamed’ to speak about it. Charlize described her father as a “very sick man” in a “hopeless situation.” After a drunken Charles returned home one night threatening his wife and daughter with a gun, Gerda shot and killed him. No charges were brought against her, and as Charlize describes: “In self-defense, she ended the threat.” In a 2018 interview with Extra, Charlize credited her mom’s bravery with making her the woman she is today. “I had a great mom who really kind of made me brave and always told me to be brave,” Charlize opened up. “I don’t know who I might have been without that.”