Follow
Home » Celebrities » Chrissy Teigen Steps Down From Another Project

It’s been a stressful few months for model and cookbook author Chrissy Teigen. Since March, the “social media queen” (per the Los Angeles Times), has been involved in a cyberbullying scandal, which made her take a hiatus from social media. First, Teigen’s past tweets towards TV personality Courtney Stodden resurfaced and revealed that the “Lip Sync Battle” co-host was an “undercover bully,” per Page Six. “I experienced so much harassment and bullying from her when I was just 16 years old,” Stodden said in an Instagram video (via TMZ). “It really affected me…it’s so damaging when you have somebody like Chrissy Teigen bullying children.”

Because of Stodden’s reveal, Teigen posted an apology. “I’m mortified and sad at who I used to be,” she tweeted. “I was an insecure, attention seeking troll. I am ashamed and completely embarrassed at my behavior but that is nothing compared to how I made Courtney feel.” But that wasn’t the end of the controversy. Soon after, former “Teen Mom” star Farrah Abraham and fashion designer Michael Costello disclosed their own experiences of reported cyberbullying from Teigen, with Abraham writing on Medium that her behavior was like a “‘Mean Girls’ movie spin-off” and with Costello posting on Instagram (via Entertainment Weekly) that he still felt “traumatized, depressed” after his interactions with Teigen.

Facing even more bullying allegations, Teigen stepped away from her voiceover role in Netflix’s “Never Have I Ever” series, reported Variety, as well as another project. Read on to find out what it is!

Chrissy Teigen is stepping away from Safely, her collaboration with Kris Jenner 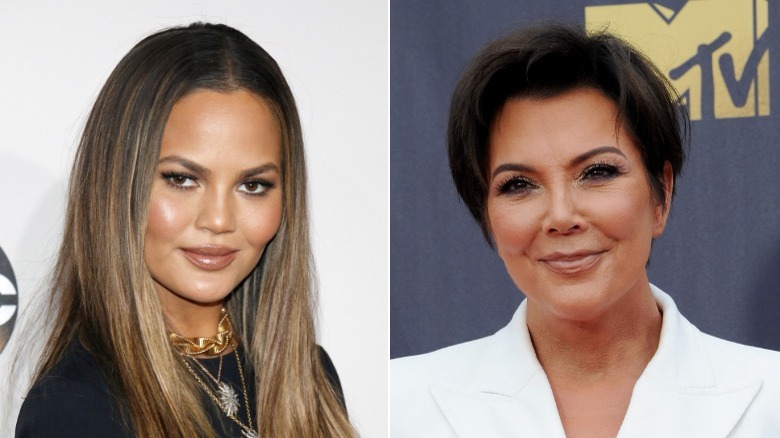 Chrissy Teigen garnered so much pushback on her controversial tweets that she stepped away from all social media for a few weeks. Upon her return to the social sphere, the TV host penned a heartfelt, apology letter regarding her behavior on Medium titled “Hi again.” But the damage to her public image and reputation had already been done. Her cookware line, Cravings, disappeared from the Macy’s website in May, and the model lost out on a promotional contract with luxury retailer Bloomingdale’s, per Page Six. Now, Teigen is losing out on another project.

Teigen introduced Safely, her plant-powered cleaning product collaboration with Kris Jenner, in March, but she is now distancing herself from the brand. “Chrissy will be stepping away from Safely to take much-needed time to focus on herself and be with her family,” Safely stated in an Instagram Story post. “We fully support her decision and are so thankful for her contributions,” the statement continued. “The brand will continue to move forward and focus on our important mission of bringing high-quality, hard-working cleaning products to all American households.”

While there’s no telling how this move will impact Teigen’s future business deals, it feels like the right move given the social hot seat that she’s in right now.