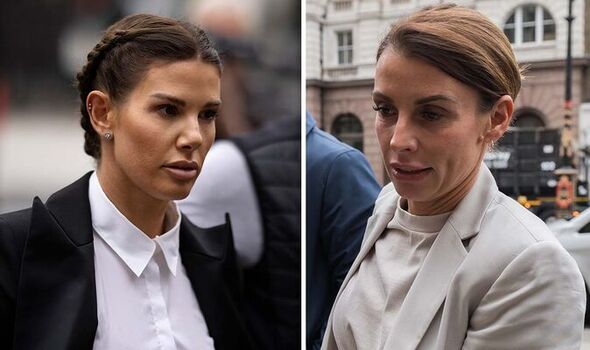 Coleen Rooney has begun giving evidence as the libel trial between herself and Rebekah Vardy continues today at London’s High Court.

On the stand, Coleen said her now-famous 2019 social media post was a “last resort”.

Rebekah Vardy’s lawyer, Hugh Tomlinson QC, asked her what she wanted to achieve from the post.

Coleen said: “I wasn’t achieving anything. What I wanted was to stop the person who was leaking my private information to The Sun.”

She told the court that she had given out warnings “many times”, but “it didn’t stop” and the social media post was her “last resort”.

Coleen added that she was “surprised” by “how much interest” her social media post caused.

“Obviously it was going to get picked up by the media,” she said, explaining that her life had been covered by the media for the last 20 years “no matter how big or small” something was.

Asked by Mr Tomlinson if she had a “large loyal following” on social media, Coleen replied: “I have a large following yes, loyal I’m not too sure about.”

Mr Tomlinson put it to Coleen that it must have been obvious to her that the October 2019 post would have made Rebekah Vardy subject to abuse.

Coleen replied: “No, that was not my intention at all, not at all. It’s not in my nature to.”

Coleen said it was “a regular occurrence” that she would be messaged by Rebekah when there was press coverage surrounding herself.

Wayne Rooney’s wife told the High Court that Rebekah is not in her “circle”.

She added: “I felt like when she contacted me it was to try and get information out of me.”

Coleen claimed that she received messages from Rebekah “when something not nice was going on in [her] personal life”.

She said Rebekah’s messages were “generally nice” but added: “Towards the end it was a bit unusual.

“Someone who was not that close to me… constantly checking in with me all the time.”

Mr Tomlinson then said that it “must have been obvious” that Rebekah would have received abuse following the post.

Coleen replied: “No that’s not my intention at all. I wouldn’t ever, it’s not in my nature to cause abuse or trolling in any way at all.”