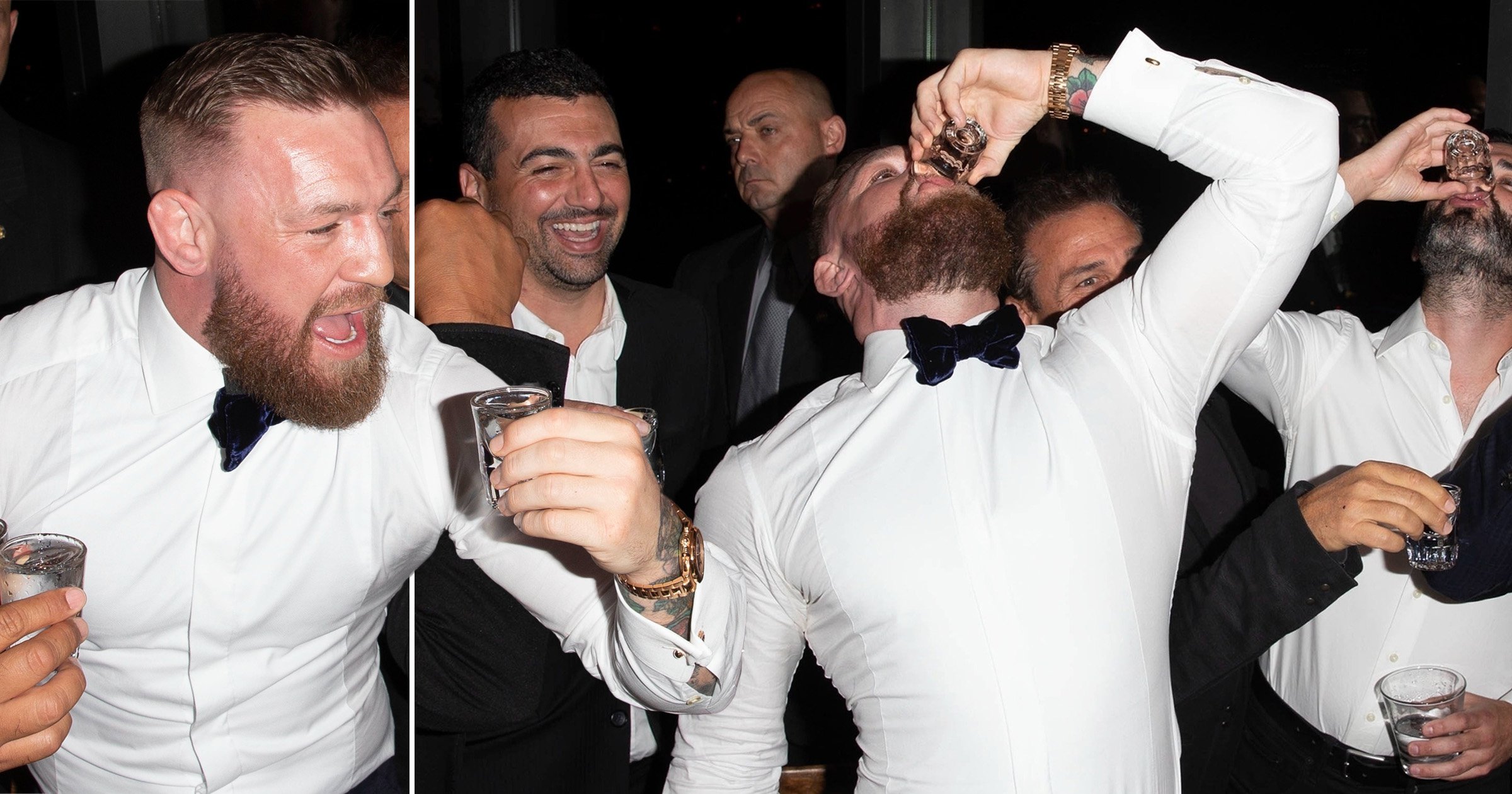 Conor McGregor appeared to be the life and soul of the party as he downed shots with pals at a bash in California, less than a week after his red carpet clash with Machine Gun Kelly.

The injured UFC champion, who broke his leg in a fight against Dustin Poirer in early July, was getting into the celebratory swing of things for Miami nightclub mogul Marc Roberts’s 62nd birthday party.

Joining the birthday boy and a group of other guests at Harriet’s Rooftop, a bar in West Hollywood, the MMA fighter was laughing and chatting while enjoying the drinks on offer.

Other attendees were also dressed in suits and ties, although Marc opted for a dark blue open-necked shirt himself.

The mood appeared rowdy but jovial as the group enjoyed themselves.

The 33-year-old’s last public outing was a rather more high-key affair, as he scrapped with rapper Machine Gun Kelly at the MTV Video Music Awards last Sunday.

Although he claimed that ‘nothing’ happened between the pair, and dismissed MGK as ‘a little vanilla boy rapper’, photos appeared to show Conor hurling a drink in the performer’s direction, which sparked the brawl.

Conor was pictured raising a clenched fist in the air as security attempted to separate the UFC champion from the American rapper, whose real name is Colson Baker.

In the aftermath, sources told Metro.co.uk that Colson had asked for his security to be ‘ramped up’ and claimed that the musician hadn’t wanted to meet the fighter due to ‘some things Conor has said and done in the past’, although specifics weren’t shared.

‘Nothing happened with me, I only fight real fighters, people that actually fight, you know what I mean.

‘I certainly don’t fight little vanilla boy rappers. I don’t even know the guy. I don’t know anything about him, except that he’s with Megan Fox.’

Conor’s latest outing came shortly after he revealed that his upcoming four-part Netflix documentary, which he is executive producing, is due to start streaming in January 2022.

Conor McGregor, machine gun ke
You may also like: