Less than three years after Bill Cosby was sentenced to prison for aggravated indecent assault — following a trial in which 60 women came forward with their own stories of nonconsensual sex with Cosby, many of which occurred after Cosby drugged them — the once-beloved comedian has been released from prison. Cosby’s conviction became a linchpin of the #MeToo movement, with many pointing to the decision to punish Cosby for his crimes as a symbol of changing times when it came to justice for women who had been exploited, suffered at the hands of powerful men, and faced further harm if they decided to speak out against them, per NBC News.

The overturn of his conviction, which was decided in light of a technicality over the question of due process, resulted in a vacated sentence just shy of the sentencing minimum Cosby received in September 2018, and well under the 10-year maximum sentence Cosby could have purportedly faced if the conviction was kept as is. While it might seem like a hard blow for the #MeToo movement, it likely comes at a greater cost to those who survived the assaults Cosby was able to get away with for decades. So what do Cosby’s accusers have to say about it all? Read on after the jump to find out.

Survivors of Bill Cosby are calling his release 'disrespectful and despicable' 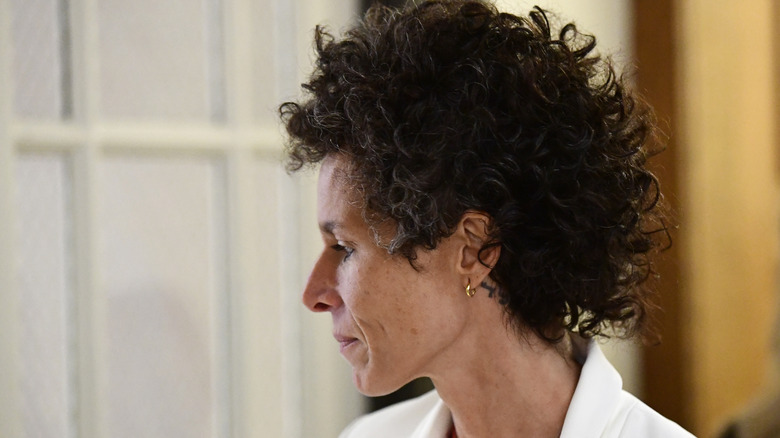 Speaking with TMZ following the overturn of Bill Cosby’s conviction for multiple counts of aggravated indecent assault, a number of women who had come forward with stories of their experience of sexual assault perpetrated by Cosby expressed feelings of dismay and outrage over the vacated sentence. Sammie Mays, who was one of the dozens of women to speak out publicly against Cosby after he sexually assaulted her in the 1980s, stated that the decision made by the Pennsylvania court was a “disrespectful and despicable” move — especially against Andrea Constand (pictured above), one of the most visible survivors of Cosby’s abuse who first came forward in 2004.

Mays’ comments seemed to allude to the basis of Cosby’s vacated sentence, which hinged on a civil suit Constand brought against Cosby after attorney Bruce Castor — one of Donald Trump’s personal lawyers — who served as the district attorney in Montgomery County, where the assault took place, in 2015. Per Slate, Castor told Constand at the time he would not prosecute Cosby in criminal court. Cosby’s testimony in the 2005 civil trial brought against him by Constand eventually led to his 2021 conviction overturned.

In her own remarks to TMZ, survivor Angela Leslie did not mince words regarding the possible larger ramifications of Cosby’s release. “I’m surprised and shocked with today’s news of Cosby’s release,” said Leslie. “It seems the justice system served the criminal, in this case, as opposed to the victims.”

Accusers, Cosby, Hea, Make, Voices
You may also like: