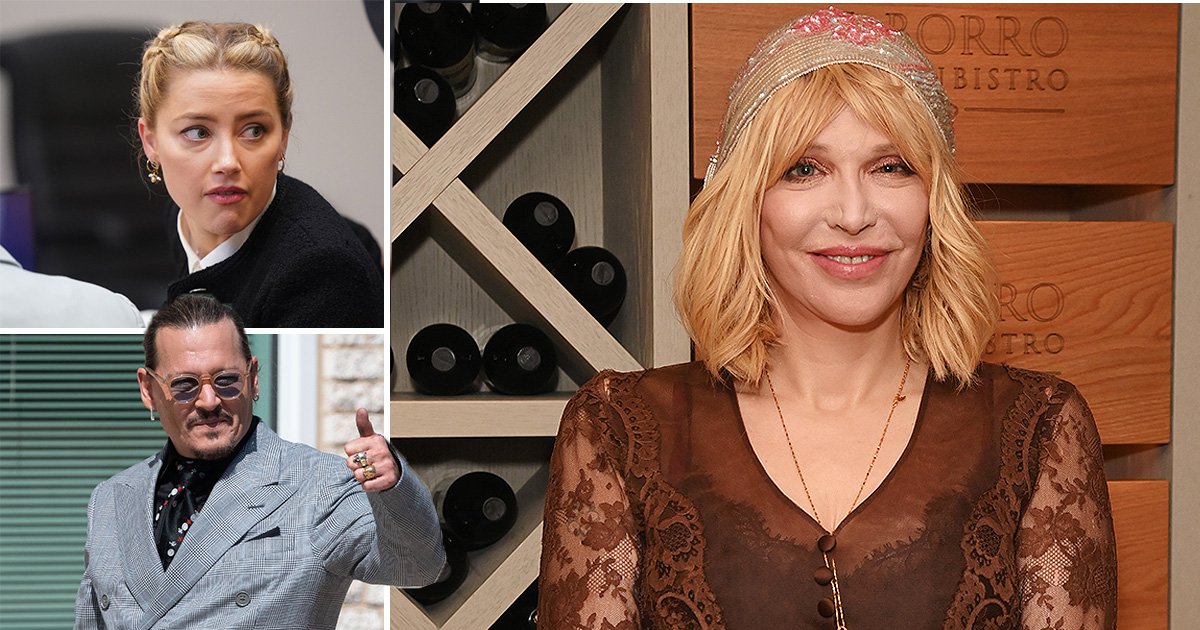 Courtney Love has revealed Johnny Depp once saved her life by giving her CPR when she overdosed on drugs.

The singer, 57, shared a video in defence of Johnny Depp, also voicing her sympathy for Amber Heard amid the pair’s libel trial.

She revealed in a clip shared to her friend Jessica Reed Kraus’s Instagram that he had helped save her life and support her daughter, Frances Bean Cobain, during her darkest time.

Love explained: ‘I don’t really wanna make judgments publicly, but I just want to tell you that Johnny gave me CPR in 1995 when I overdosed outside the Viper Room with Sal.

‘Johnny, when I was on crack and Frances was having to suffer through that with social workers, wrote her a four-page letter that she’s never showed me on her 13th birthday. He didn’t really know me.

‘Then he sent limos to her school when the social workers were crawling around – again, unasked – for her and all of her friends.’

Love later addressed and clarified her comments on her own account as she added: ‘I want to show neutral support for a friend. I don’t want to bully.

‘I’ve been bullied enough. I did not want to express my own bias / internalised misogyny. (Do give me a break on that one. Look at my JOB! I’m working on it) I want nothing to do with contributing more online bullying to someone enduring being bullied like no-one ever has been online. Ever.

‘In my program of recovery, “when we were wrong, we promptly admitted it”. I was wrong.

‘The only important takeaway, of what was posted, is that I expressed that we should all stop having “fun with schadenfraude” (look it up: “Delight in another’s down fall”) & show sincere empathy for both parties. If I hurt anyone, please accept my amends.’

Depp has brought the current court case against Heard, suing her for $50million (£40million) after claiming she defamed him in a 2018 op-ed stating she was the survivor of domestic abuse.

The actor was not named in the article and Heard is countersuing. The trial continues.