Oprah Winfrey’s bombshell interview with Meghan Markle and Prince Harry may not have pleased the British Crown, but it did appeal to Emmy voters. Oprah with Meghan and Harry: A CBS PrimeTime Special earned an Emmy nomination today for Outstanding Hosted Nonfiction Series or Special.

Winfrey, along with executive producers Tara Montgomery, Terry Wood, co-EPs Brian Piotrowicz and Brad Pavone and producer Lindsay Flader, shared the nomination. More than 17 million people watched the sit-down interview when it aired in March. It subsequently was r-broadcast on CBS and also aired in the UK.

In the interview, Markle, the Duchess of Sussex, spoke of mental health struggles as she dealt with relentless attacks from the British tabloids and an unsympathetic or antagonistic royal household. She told Winfrey that she had contemplated suicide at one particularly low point. The couple reflected on racist invectives directed at Markle by the British press and how race factored in the Royal Family’s dealings with Meghan and Harry.

Markle, who is of mixed race, recalled a conversation with a member of the royal household when she was pregnant with the couple’s son, Archie. She said the royal household member told her and Harry, in reference to their son, “’He won’t be given security, he’s not going to be given a title’ and also concerns and conversations about how dark his skin might be when he’s born.”

In addition, Prince Harry told Winfrey in the interview that he felt “really let down” by his father, Prince Charles, and said his dad at one point had refused to take his phone calls, though they have since resumed speaking to each other. 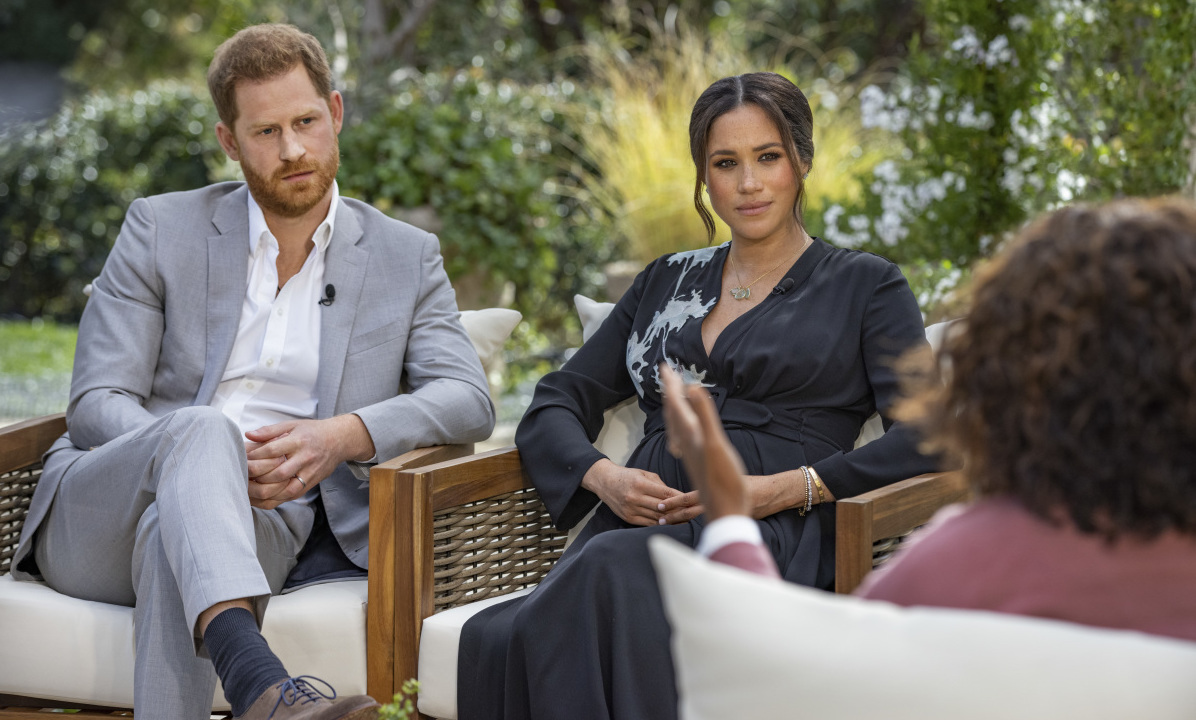 In the hosted doc special category, Oprah with Meghan and Harry will go up against My Next Guest Needs No Introduction with David Letterman, Stanley Tucci: Searching for Italy, United Shades of America with W. Kamau Bell and Showtime’s Vice.

Here Are The Actors Who Have Won The Most Emmys: Photo Gallery

It was a big day at the Emmys for all things royal. In addition to the Winfrey special, Netflix’s The Crown — the fictionalized telling of Queen Elizabeth II, the Palace and its various inhabitants — scored 24 nominations, tying with The Mandalorian for the most nominations of any show.

Oprah with Meghan and Harry was produced by Winfrey’s Harpo Productions and licensed to CBS in the U.S. As Deadline previously reported, it was distributed internationally by ViacomCBS Global Distribution to dozens of markets. In the U.K. alone, the special attracted 11.3 million viewers.

Emmy Awards, emmys, Meghan Mar
You may also like: