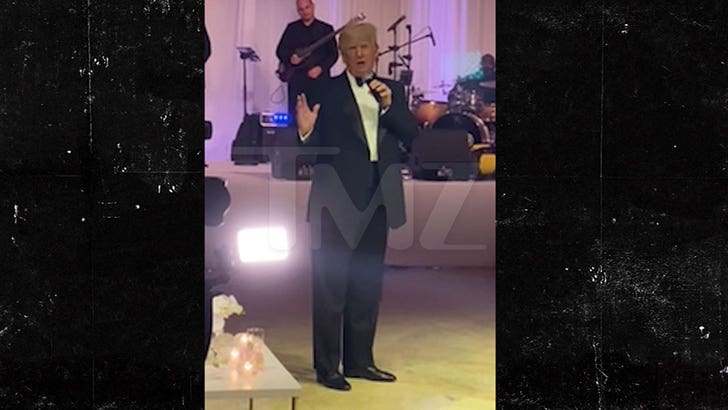 It’s been over 4 months since the November election, and Donald Trump is still acting like a sore loser — that, or a belligerent wedding guest.

Check out this video we got of the former President all tux’d up for a reception that went down Saturday night at Trump’s fortress of solitude, Mar-a-Lago, where the former chief himself got on the mic at one point to say a few words for the happy couple, John and Megan Arrigo … but this speech would have nothing to do with the couple… it’s all about him.

Before everyone knew it, he was launching into politics … singing the same ol’ song about false claims the election was rigged.

Watch for yourself — DT rails on the Biden administration over what he considers shortcomings in the early months of his presidency, including foreign policy/deals with China and Iran … plus, Trump goes in on the border situation which is now drawing national attention. 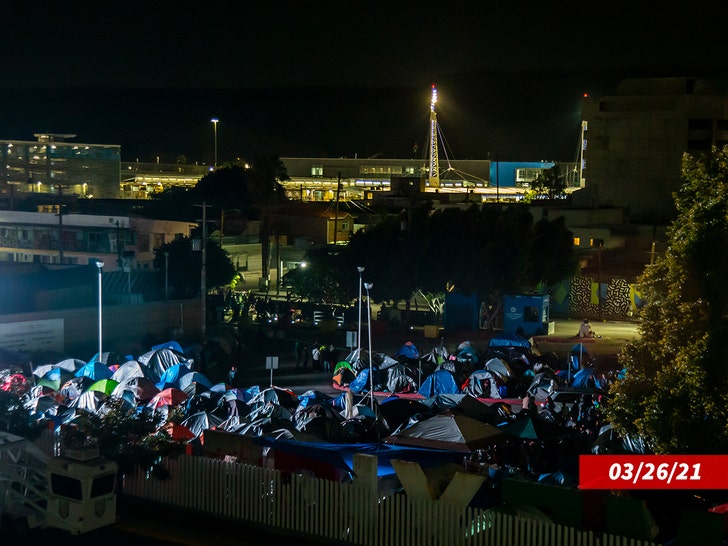 It’s interesting … Trump seems to be saying the way he was handling things before his exit — separating kids from their parents and housing them in cages — was more humane than what’s happening now. At the moment, large groups of people are being sandwiched together in encampments, and the conditions are awful. He did not, however, mention the misery he caused these families when he was in charge.

You can tell he’s champing at the bit to get back in the race — as he harps on the election results once more. Sorry, man … gonna have to wait a bit.

Biden, Donald, Du, on, Rails, Trump
You may also like: