Drew Barrymore recalled the moment she had a 10-minute drunk kiss with Hugh Grant on a messy night out, and we are living for every single detail.

The Charlie’s Angels actress, 46, was joined by the Notting Hill actor, 60, on the latest episode of The Drew Barrymore Show, where they caught up about the old days.

During the chat, the host couldn’t help but reminisce about the time she walked up to her pal and Music and Lyrics co-star at a swanky restaurant and ‘fully started kissing him’.

‘One of the moments that I had some of the most moxie – and I don’t think we’ve ever talked about this – I walked into The Waverly Inn,’ she began as Hugh giggled at the memory.

‘This was years ago, and I had a few drinks. 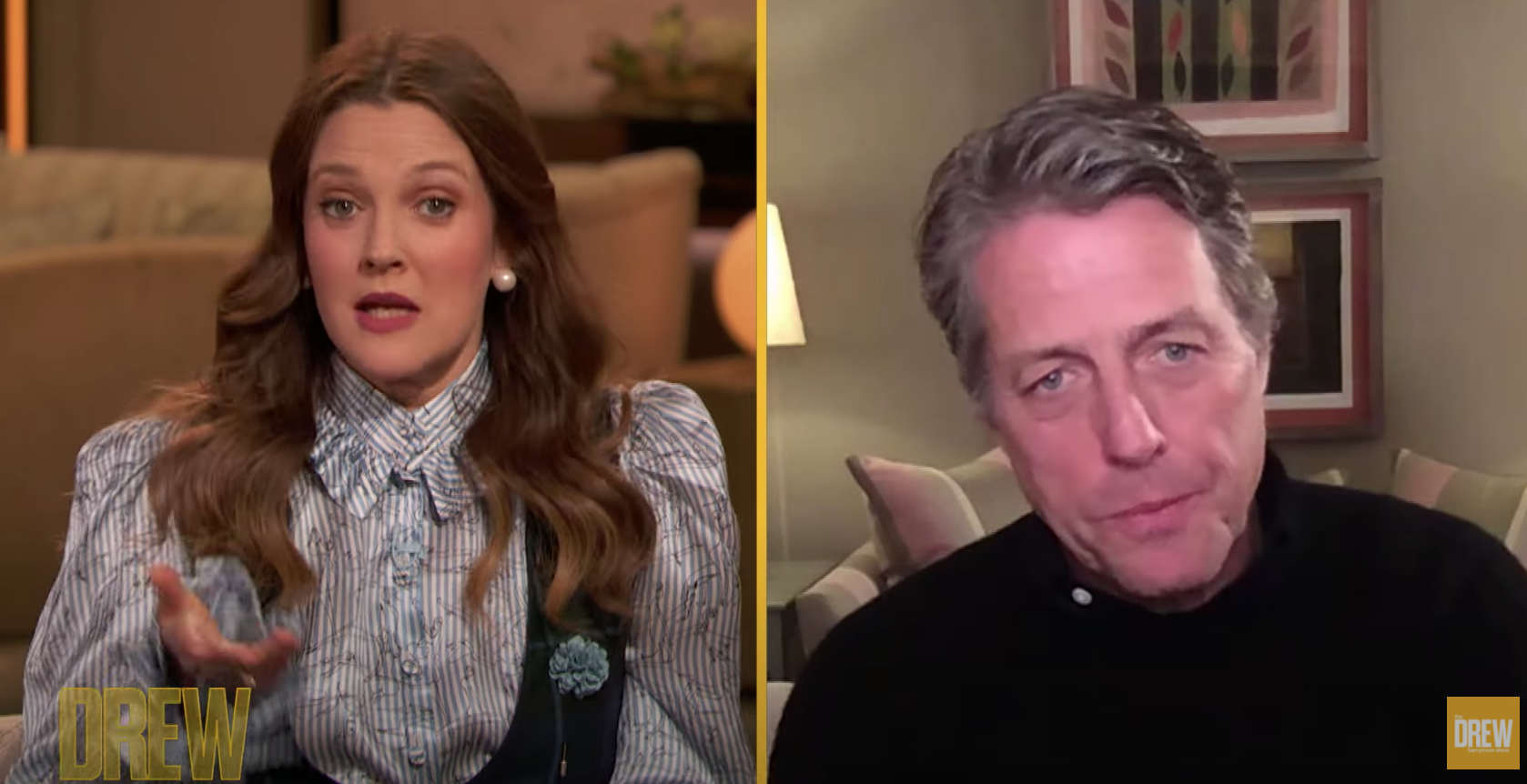 ‘I walked in and I ran into you, and instead of saying hello, I grabbed you by the collar and I fully started kissing you.’

Recalling his expression after the kiss, she said he looked at her like, ‘You’ve never greeted me that way before…,’ with his second thought being, ‘You know, I’m not hating this’.

Drew continued: ‘And then we flirted and were like, “Okay yeah, bye. See you soon!”’

Hugh reflected: ‘It was really bizarre. I was very drunk as well, and I was with some very nice but not drunk studio executives from LA, and they were very surprised.

‘Someone said, “Oh there’s Drew Barrymore,” I get up to say hi and then we make out for 10 minutes. Then I sit down, and we go on talking about the script.’

It is clear the pair have built up a close friendship over the years, with Drew personally reaching out to Hugh following his 1995 scandal – when he was arrested after he was caught with sex worker Divine Brown on Hollywood’s Sunset Boulevard.

‘It was during the dark days of my Divine Brown scandal, I was just an idiot. I was a grown-up idiot who got caught by the police,’ he added.

‘I was back in England with 5,000 members of the press around the borders of my farm and I opened a letter, from you, that was very supportive and nice, and it was very cheering up and I thought, “I love Drew Barrymore.”

‘Words of support from an actress I didn’t know in Hollywood was lovely, so, you will always have a place in my heart.’

If you’ve got a celebrity story, video or pictures get in touch with the Metro.co.uk entertainment team by emailing us [email protected], calling 020 3615 2145 or by visiting our Submit Stuff page we’d love to hear from you.

Drew Barrymore, Hugh Grant, Us
You may also like: