EastEnders’ Danielle Harold speaks out after The One Show ‘snub’ 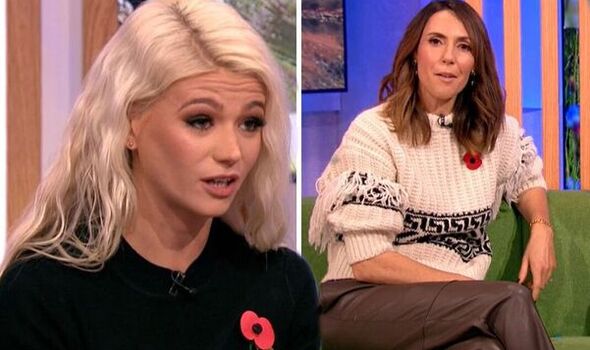 EastEnders star Danielle Harold has insisted all is well following her appearance on The One Show on Tuesday after many accused the show of snubbing her. The 30-year-old, who plays Lola Pearce in the BBC soap, was interviewed by hosts Alex Jones and Jermaine Jenas about her current cancer storyline in which her character is battling a terminal brain tumour.

The actress told the presenters she felt she had a “massive responsibility” portraying such a storyline, due to the high number of people affected.

“So, to touch on this story, it really means a lot to me and the show.”

Danielle was joined on the show by Gabby Logan, who recently opened up about her husband Kenny’s prostate cancer battle, which he has since recovered from.

Following the EastEnders’ star’s interview, many flocked to social media accusing the show of not giving her enough airtime.

A comment published by an EastEnders fan page read: “Very disappointed with how the one show barely gave any time for Danielle.

“She only appeared in the last 5 minutes and they spoke to Gabby Logan for at least 3 of them.

“You’d think they would’ve had a bit more time to spread awareness.”

Courtney wrote: “What was the point in the one show having Danielle on when they are talking more to the other guest than her and they barely talked about Lola, so disrespectful.”

Fer fumed: “So f*****g rude, Danielle comes on to talk about something important and the presenters talk over to talk to Gabby. So unprofessional.”

George commented: “Please invite Danielle back again, she wasn’t asked many questions and only got to say a couple words!!! @BBCTheOneShow #TheOneShow.”

Express.co.uk has contacted a representative for BBC, Alex, Jermaine and Danielle for comment.

Despite the backlash, the soap star seemingly enjoyed her time on the show as she thanked them for booking her as a guest.

Danielle shared The One Show’s clip of her talking to the hosts on Twitter, in view of her 189,000 followers.

While she didn’t address the backlash, she wrote: “Thank you for having me.”

The Walford resident was told she had a terminal brain tumour after collapsing following a dizzy spell.

A scan in hospital later determined that emergency surgery was unable to remove the fast-growing cancerous brain tumour fully.

Lola was left in tears by the news as boyfriend Jay Brown (played by Jamie Borthwick) tried to comfort her.

Doctors went on to promise her they were going to do all they could to slow the rate of its growth.

EastEnders continues Monday at 7:30pm on BBC One. The show also streams on BBC iPlayer.