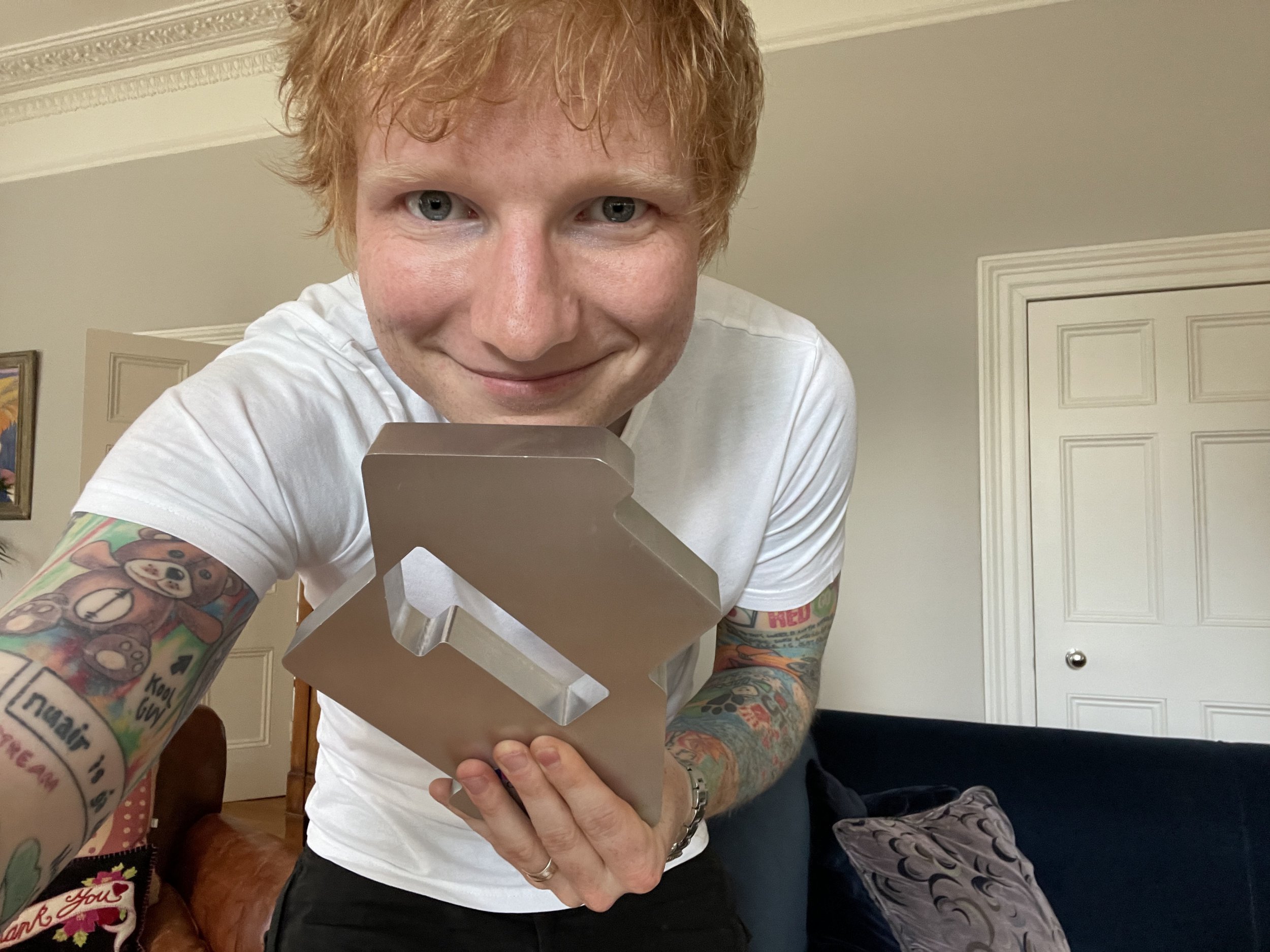 Ed Sheeran has bagged another number one hit with Bad Habits but said he hopes Three Lions soon takes his place with a victory for England in the Euros.

The track Bad Habits is his first song without a collaborator since 2017 and will feature on his upcoming fifth studio album.

He has been taking a break from music after welcoming daughter Lyra Antarctica Seaborn Sheeran in the summer last year.

The singing superstar stormed to the number one spot after racking up 92,000 chart sales this week, including 8.7million streams, according to the Official Charts Company.

It marks Sheeran’s tenth chart-topping single, but he said he hopes his reign does not last long.

He told OfficialCharts.com: ‘I want to say thank you so much to everyone that made this happen.

‘I’ve been away for such a long time and I really, really don’t take this for granted, this is an amazing thing. Thank you for making me feel the love.

‘Hopefully next week it will be knocked off the number one spot by Three Lions because we’re going to win the Euros. It’s coming home!’

The retro football track by Baddiel and Skinner is currently at number 22 ahead of England’s clash with Ukraine on Saturday.

Meanwhile, Ed revealed this week that he’s had to be talked out of some pretty major life decisions – including buying uninhabited islands and potentially moving to Ghana for three years.

The singer admitted his manager, Stuart Camp, often has to ‘talk him down’ from his bizarre ideas.

‘Musical stuff I never get talked down from,’ he said, appearing alongside Stuart on James and Oliver Phelps’ podcast Normal Not Normal, which was exclusively shared with Metro.co.uk.

‘Stu, what’s the most ridiculous thing you’ve talked me down from recently?’ Ed asked, with his manager confessing: ‘There’s too many! Usually moving places.

‘“I’m gonna buy an island here,”‘ Stuart recalled. ‘Or “I’ve had enough, me and Cherry [Seaborn, Ed’s wife] are emigrating to Ghana for three years.” Stuff like that. You’ll get the odd thing like that and I go, “Yes dear.” You sort of let the idea percolate and it’ll kill itself eventually’.

‘I sent Stuart this uninhabited island in Ireland that you’re not even allowed to build a house on and I was like, “I think this is a good idea! I think I’m going to buy this and move here!”‘ Ed laughed.