Golden Globes 2023: Fantastic florals, and where to find them! Eddie Redmayne sports a HUGE flower on his tuxedo suit as he joins his glamorous wife Hannah at returning ceremony

Eddie Redmayne made a showstopping appearance on the red carpet with his wife Hannah as they attended the Golden Globes on Tuesday evening.

The Fantastic Beasts actor, 41, looked seriously stylish in a tailored black suit which had a huge eye-catching satin flower pinned to the lapel.

Previously announced Golden Globe winner and six-time nominee Eddie will be the recipient of the 2023 Cecil B. DeMille Award during the ceremony. 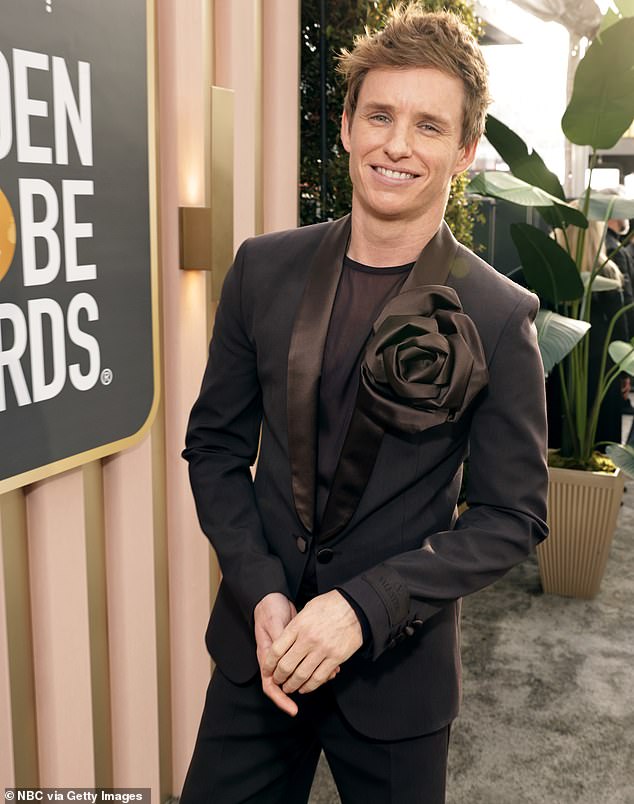 Red carpet ready: Eddie Redmayne made a showstopping appearance on the red carpet with his wife Hannah as they attended the Golden Globes on Tuesday evening

The award is an honorary accolade bestowed by the Hollywood Foreign Press Association (HFPA) for ‘outstanding contributions to the world of entertainment’.

Eddie is also nominated in the Best Supporting Actor in a Motion Picture category for his role as Charles Cullen in The Good Nurse.

Eddie styled his suit with a semi-sheer T-shirt as he cut a very quirky figure at the ceremony, before picking up his prestigious gong.

Meanwhile, his wife Hannah, 40, looked stunning in an elegant backless black gown, which fanned out into a dramatic skirt as she hit the carpet. 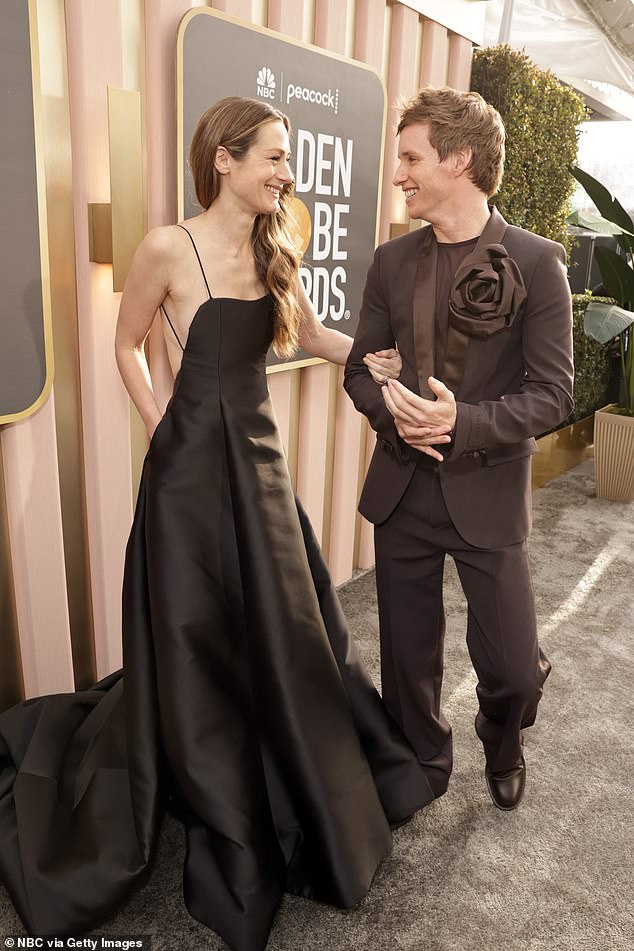 Arrivals: The Fantastic Beasts actor, 41, looked seriously stylish in a tailored black suit which had a huge eye-catching satin flower pinned to the lapel

Hannah opted for natural make-up and styled her hair in loose waves.

The Golden Globes ceremony is being held once again at The Beverly Hilton hotel in Beverly Hills following a one year break from screens amid controversy over ethical lapses and a lack of diversity.

Now the embattled Hollywood Foreign Press Association – which puts on the Globes – is seeking a primetime comeback.

Yellowstone finally made the list of Golden Globes nominees after repeated snubs from the film and TV industry, with a Best Actor in a Drama Series nomination for star Kevin Costner. 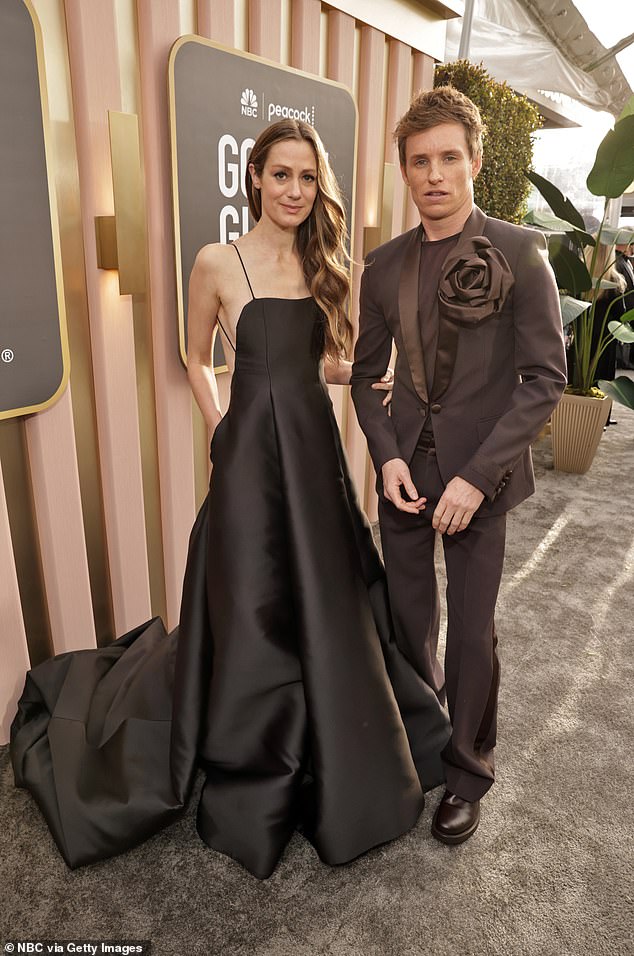 Winner! Previously announced Golden Globe winner and six-time nominee Eddie will be the recipient of the 2023 Cecil B. DeMille Award during the ceremony

The Banshees of Inisherin starring Colin Farrell won the most nominations – eight – while Everything Everywhere All At Once won six.

Elvis, Avatar: The Way of Water and Top Gun: Maverick were all nominated for Best Picture while The Crown won an array of nominations.

Brendan Fraser won a nomination for Best Actor for his role in The Whale, however he previously vowed not to attend the show in a boycott of the Hollywood Foreign Press Association. 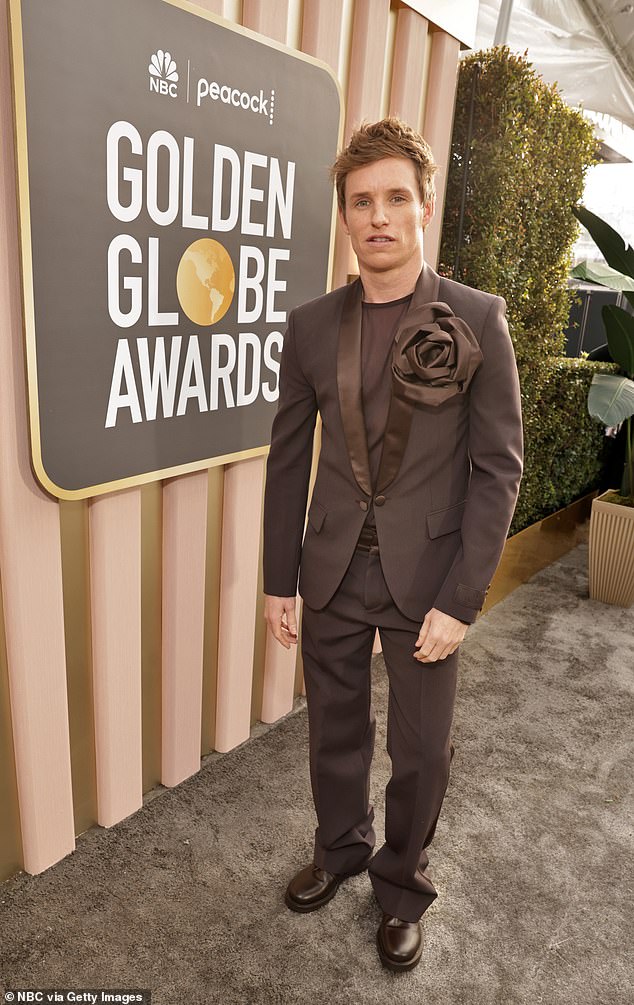 Big night: Eddie is also nominated in the Best Supporting Actor in a Motion Picture category for his role as Charles Cullen in The Good Nurse

He previously accused Philip Berk – the now banned former HFPA president who called BLM a ‘hate movement – of groping him at a luncheon.

Jennifer Coolidge and Aubrey Plaza were both nominated for Best Supporting Actress in a Limited Series for their roles in Season 2 of The White Lotus.

Austin Butler was nominated for Best Actor in a Drama for his role in Elvis, which also claimed a nomination for Best Picture. 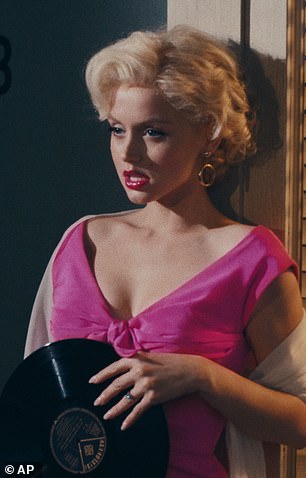 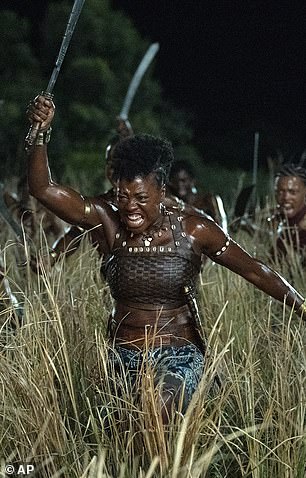 The 2023 awards marks a return to air for the embattled Hollywood Foreign Press Association (HPFA) since it overhauled its organization following a racism row in 2021.

The HFPA scandal erupted in 2021 when it emerged there were no black members among the 87-person association.

Tina Fey and Amy Poehler called out the association live during their 2021 opening monologue in February of that year.

‘The Hollywood Foreign Press Association is made up of around 90 international no black journalists who attend movie junkets each year in search of a better life. 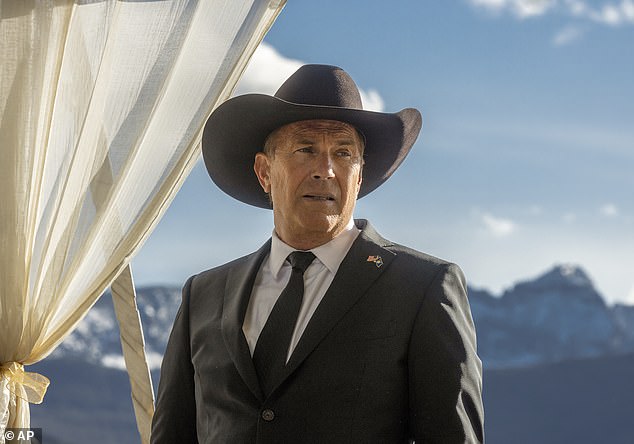 ‘We say around 90 because a couple of them might be ghosts,’ Fey said.

Stars threatened to boycott the awards and Tom Cruise, who had won three Globes in the past, vowed to return them all unless the association changed its ways.

In April, the association’s former president Phil Berk was fired for his resistance to BLM.

He sent an email to other members with a link to an article in which the organization was compared to cult murderer Charles Manson.

The article in Frontpagemag.com claimed BLM was trying to incite a ‘race war’.

The 2023 Globes will be hosted by black comedian Jerrod Carmichael. There are 27 awards up for grabs.

The Golden Globe Awards honor the best in film and American television as voted by the Hollywood Foreign Press Association.  They are also considered the unofficial kick-off to awards season which culminates with The Oscars on March 12.

Ana de Armas, Jamie Lee Curtis, Quentin Tarantino and Billy Porter are among the stars presenting awards at the show.

As the awards show has been accused of having a lack of diversity, perhaps the HFPA wanted to steer clear of controversy as  Will Smith, 54, did not receive a nomination for film Emancipation months after his infamous slap of Chris Rock at The Oscars.

Keke Palmer also did not earn a recognition for her transcendent performance in Jordan Peele’s horror/sci-fi flick Nope.

Julia Roberts and George Clooney also failed to be recognized for their romantic comedy Ticket To Paradise which earned an impressive $70million in the worldwide box office.

Hollywood had effectively boycotted the Globes. It used to be one of the most-watched award shows after the Academy Awards.

NBC had reason to want to get the Globes back on the air.

In 2018, the network signed an eight-year deal to continue airing the awards through 2026.

Citing the HFPA’s ongoing reforms, NBC elected not to televise the previous Golden Globes in January. The organization went ahead announcing awards, anyway, in an untelevised and little-noticed gathering unattended by nominees. 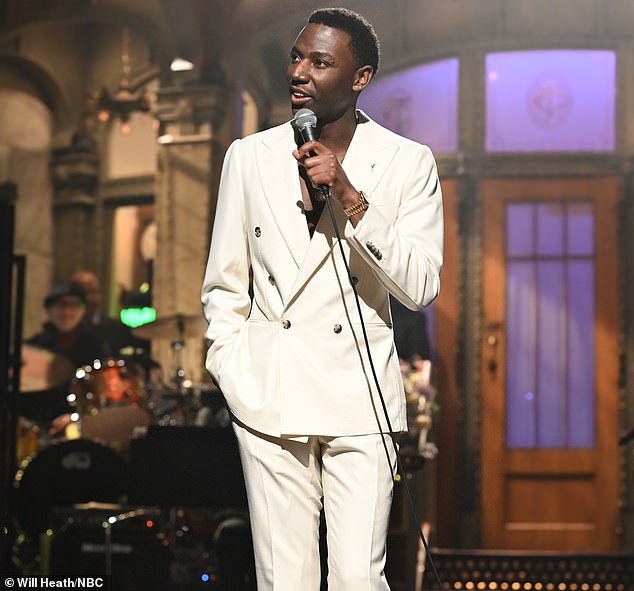 The 2023 Globes will be hosted by black comedian Jerrod Carmichael. Carmichael is the show’s first ever black solo host

This year’s ceremony, the organizations said, will be broadcast in a one-year agreement.

Terms were unavailable but the deal is expected to be less than the approximately $60 million the network previously paid annually to air the Globes. With backlash swirling and the ceremony scaled down because of the pandemic, the 2021 Globes were watched by 6.9 million people, according to Nielsen, down from more than 18 million the year before.

Whether NBC’s endorsement will be enough to return the Globes to Hollywood’s good graces, however, remains to be seen. Nominations for the Globes were announced on December 12.

The HFPA is currently being run by interim Chief Executive Todd Boehly, whose investment firm, Eldridge Industries, bought the Globes and turned it from a nonprofit into a for-profit venture.

Boehly’s firm is also the parent company of dick clark productions, the awards’ producer, and the owner of the Globes’ longtime home, the Beverly Hilton. 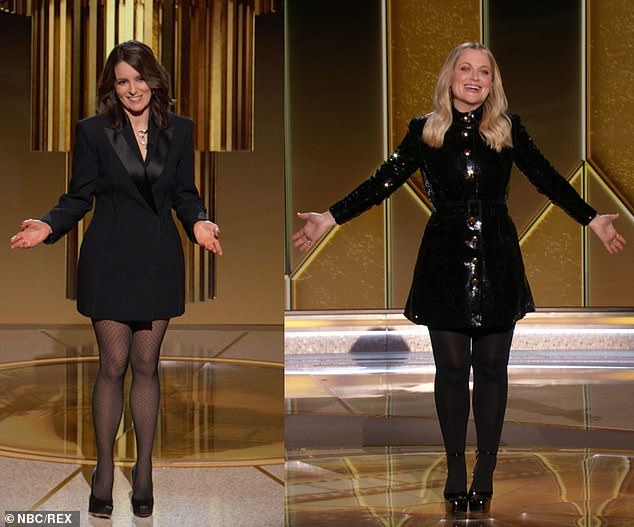 The last Globes was in 2021 when Amy Poehler and Tina Fey hosted a mostly virtual event. During their opening monologue, they slammed the HFPA for not having any black members

2023 GOLDEN GLOBES NOMINATIONS: THE CROWN, THE WHITE LOTUS AND BANSHEES OF INISHERIN LEAD

Avatar: The Way of Water

The Banshees of Inisherin

Everything Everywhere All At Once

Glass Onion: A Knives Out Mystery

Michell Yeoh – Everything Everywhere All At Once

Colin Farrell: The Banshees of Inisherin

Brendan Gleeson – The Banshees of Inisherin

Barry Keoghan – The Banshees of Inisherin

Ke Huy Quan – Everything Everywhere All At Once

Kerry Condon: The Banshees of Inisherin

Jamie Lee Curtis: Everything Everywhere All At Once

Daniel Scheinert, Daniel Kwan – Everything Everywhere All at Once

Martin McDonagh – The Banshees of Inisherin

Daniel Scheinert, Daniel Kwan – Everything Everywhere All at Once

Martin McDonagh – The Banshees of Inisherin

Marcel the Shell with Shoes On

Puss in Boots: The Last Wish

All Quiet on the Western Front (Germany)

Carter Burwell – The Banshees of Inisherin

Where the Crawdads Sing – Carolina

House of the Dragon

Only Murders in the Building

Andrew Garfield – Under the Banner of Heaven

Emma D’Arcy – House of the Dragon

Selena Gomez – Only Murders in the Building

Steve Martin – Only Murders in the Building

Martin Short – Only Murders in the Building

Claire Danes – Fleishman Is in Trouble

Daisy Edgar-Jones – Under the Banner of Heaven