While some of us (me) are spending the pandemic pregnant with anxiety and burritos, Emma Roberts is out here spending quar pregnant with a baby. The actress revealed that she and Garrett Hedlund are expecting a little boy together, and if your first reaction is, Cute, yay! and your second reaction is, Wait, they’re dating? you’re not alone, my friend.

In the world of celebrity relationship news/drama/intrigue, Emma is typically associated with her ex Evan Peters—whom she dated for seven years and got engaged to twice. But she’s been with Garrett for more than a year now, and apparently, they’re pretty serious considering they’re having a baby together! But if you remain confused, I went ahead and mined the internet for details. Behold, a handy timeline of Emma and Garrett’s relationship:

News breaks that Emma and Evan have ended their engagement. Coincidentally, that same day, she’s seen strolling around Los Angeles with Garrett. Sources immediately call up Us Weekly to report that Garrett “had his arm around [her] for a bit and then they were holding hands” and that “Garrett and Emma have been friends, but this is new, casual, and just a couple of weeks old.”

Emma touches on her breakup with Evan in a cover interview with Cosmopolitan:

^Just a lil shameless self-promotion for ya.

Emma and Garrett are SPOTTED. In other words, there’s physical proof they’re at the very least chilling together: 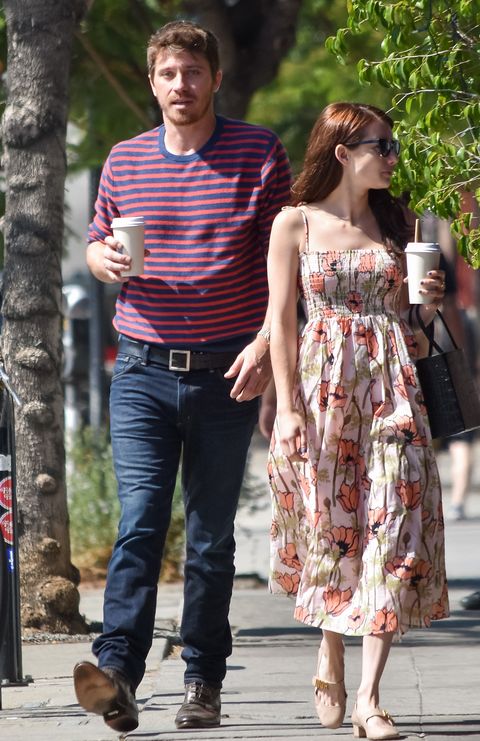 A 2020 sighting proves they’re still going strong at the beginning of this hellacious year: 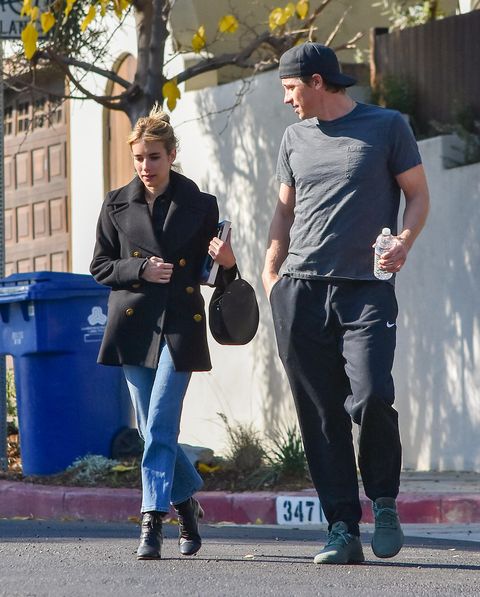 That same month, a source tells Us Weekly, “They are not talking an engagement or marriage at the moment. They like hanging out and going out together, and their relationship is more fun than serious.”

Reports emerge that Emma and Garrett are expecting a baby, but they confirm literally nothing so the internet moves on.

Emma reveals that she is, in fact, pregnant! Which gives me a perfect excuse to dust off this GIF:

She even goes ahead and shares a couple photos of herself and Garrett looking delighted with the caption, “Me…and my two favorite guys.” In other words, they’re having a bb boy.

Emma and Garrett welcomed their son, Rhodes, on December 27, 2020, according to E! News.

In January 2021, Emma shared the first picture of her bb Instagram and officially announced his name: Rhodes Robert Hedlund.

“Thank you 2020 for getting one thing right,” she captioned a sweet picture of herself sitting outside with the newborn. “☀️ Our bright light Rhodes Robert Hedlund 🧡.”

A little more than a year after welcoming Rhodes, multiple outlets reported that Emma and Garrett had decided to end their relationship.

According to People, multiple sources confirmed the split and told the outlet that Emma and Garrett broke up “a few weeks ago, following a rocky few months in their relationship.”

Sources told multiple outlets that Emma and Garrett are focused on co-parenting their son as they navigate the split.

“It’s sad, and they are trying their best to co-parent. It’s been hard,” a source close to the couple told People. Another source told E! News, “They are still co-parenting and involved in each other’s lives because of their son.”