Erika Jayne shed some light on her decision to file for divorce from her estranged husband Tom Girardi.

On Wednesday’s episode of “The Real Housewives of Beverly Hills,” the 49-year-old reality star told her fellow castmates, “My life drastically changed this week.”

Jayne filed for divorce in November 2020 after 21 years of marriage to the once-renowned trial lawyer.

“I left because he pushed me further and further out,” the performer expressed in her confessional. “The conversations that I used to have were now reduced down to a sentence or two. I just kept walking around that house and knowing that this marriage was headed down a really s—ty path. I had to make a choice to do what was right for me. I couldn’t live that way anymore.” 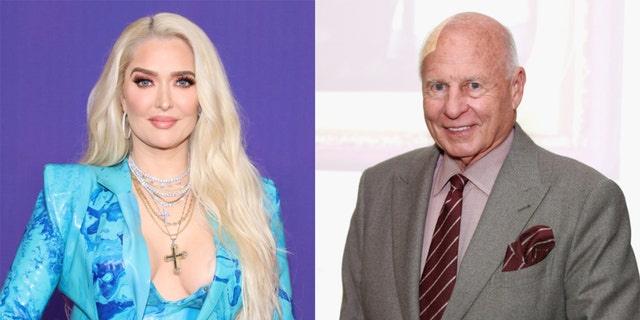 Jayne filed for divorce in November 2020 after 21 years of marriage to the once-renowned trial lawyer.
(Getty Images)

Jayne told the other women she purposely kept them in the dark to protect them.

“It would put you in a bad position to give you information that you had to hold,” she explained. “It also doesn’t serve me to talk a lot about what is happening legally — or will happen legally — because I am married to somebody who is very good in that area. …  I thought about this and tried and tried and tried to talk and tried to work it out and I was met with such resistance. Such resistance. I can’t do this by myself. I can’t convince someone of anything and so I said, ‘OK, well I have to take this step on my own.’”

Jayne said she moved into a new, smaller rental home and took some furniture with her.

“After finding a place to go to, I dropped Tom off at work and I went home and moved out. So I was out within the day,” she said. “It’s frightening, you know, when you think about. It’s the uncertainty and instability of being, really, out of on your own. … Just getting up the courage to leave is a big deal. This was my home for over 21 years.”

The “Xxpensive” singer and Girardi, 82, are also facing allegations that they embezzled money from some of his clients, while E! News reports that the bankruptcy trustee investigating Girardi’s assets has filed a motion alleging the singer’s businesses have received more than $20 million in loans from her estranged husband’s law firm.

Erika, Jayne, left, Marr, says, She
You may also like: