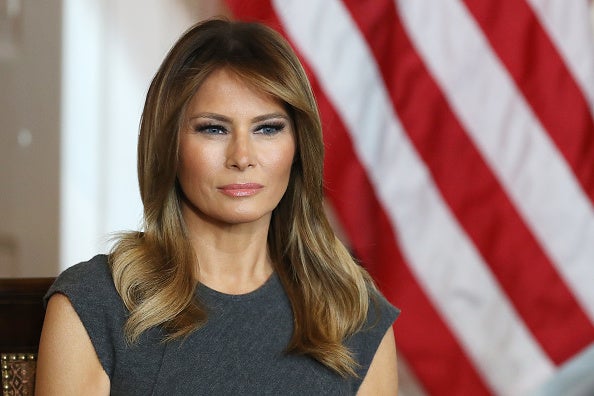 Outgoing first lady Melania Trump lamented Monday that she has been receiving too much criticism since last Wednesday’s deadly riot at the Capitol, which was done by a group of her husband’s supporters.

“I am disappointed and disheartened with what happened last week,” she wrote in a letter posted to the White House website. “I find it shameful that surrounding these tragic events there has been salacious gossip, unwarranted personal attacks, and false misleading accusations on me – from people who are looking to be relevant and have an agenda.”

Trump shared condolences for the six people who were present at the riot and lost their lives, including two Capitol police officers, then condemned the violence.

“It is inspiring to see that so many have found a passion and enthusiasm in participating in an election, but we must not allow that passion to turn to violence. Our path forward is to come together, find our commonalities, and be the kind and strong people that I know we are,” she wrote.

Trump’s chief of staff, Stephanie Grisham, was one of many top aides and White House officials to resign after the riot, which took place when a number of supporters of President Donald Trump breached the Capitol during a joint session of Congress meant to certify the election of President-elect Joe Biden.

first, Lady, Lashe, Melania, Trump
You may also like: