The Frasier reboot has reportedly cast British actor Nicholas Lyndhurst to star alongside Kelsey Grammer as his ‘old college buddy’.

In the months since Paramount+ gave the green light to the new series of the 1990s sitcom, many have wondered if the cast will look the same as it did 30 years ago.

And now it is understood that the Only Fools and Horses star Nicholas, 61, will play a key role in Frasier’s past, hinting towards the speculative storyline which has been kept so under wraps. 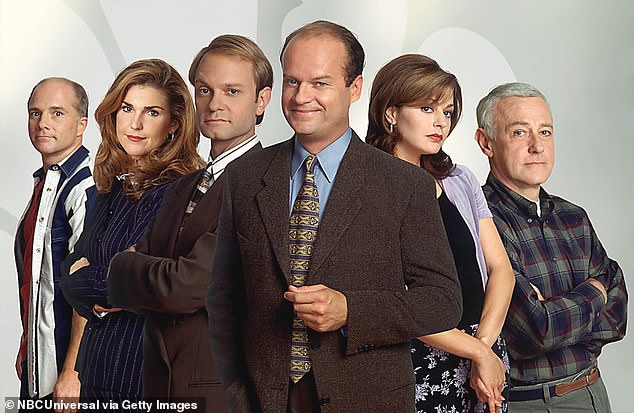 Variety reports that he is the first cast member announced to join the fan favourite sitcom, and that it marks a reunion for Grammer and Lyndhurst.

The pair worked together at the English National Opera at the London Coliseum for the Man of La Mancha back in 2019.

While the plot has been kept secret since the reboot was announced in 2021, the official log reads: ‘Frasier is off to a different city with new challenges to face, new relationships to forge, and an old dream or two to finally fulfill. Frasier has re-entered the building!’ 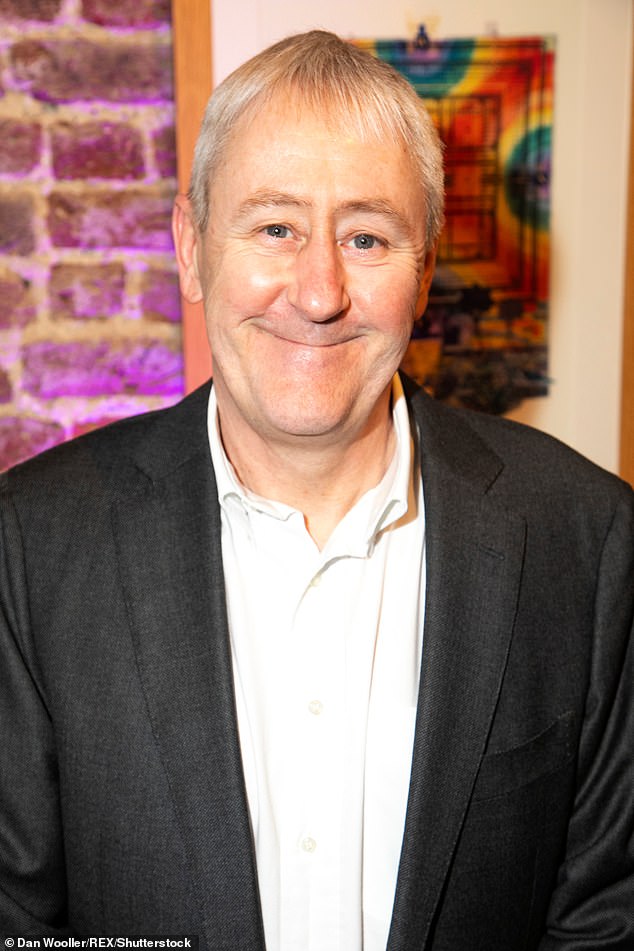 Star role: It is understood that the Only Fools and Horses star Nicholas, 61, will play a key role in Frasier’s past, hinting towards the speculative storyline which has been kept so under wraps

The description read: ‘British, boozy, and larger than life, Alan has an intellect on par with Frasier’s—if only he ever felt like using it.

‘Alan’s mischievous streak might be just what Frasier could use to shake up his routine, while Frasier’s thoughtful guidance might help Alan find some of the direction he’s been missing in his own life.’

Best known for his role as Rodney Trotter in British sitcom Only Fools And Horses, Nicholas’s performances in Goodnight Sweetheart, New Tricks and Butterflies are just a few other titles under his belt.

The actor has had a difficult few years, after losing his son Archie at the age of 19 following a brain haemorrhage. 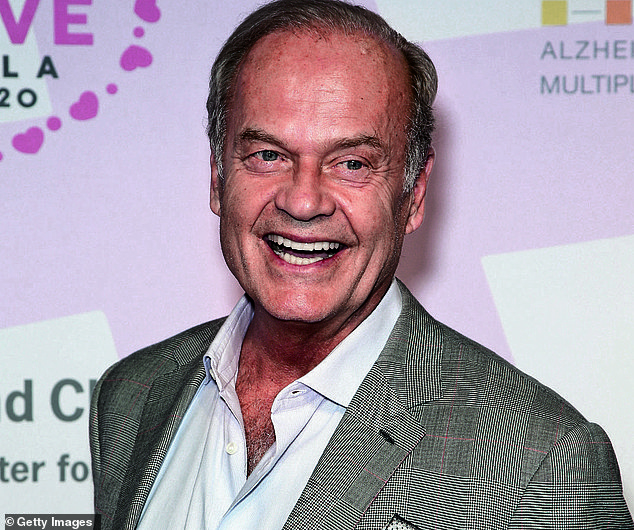 Returning: Variety reports that he is the first cast member announced to join the fan favourite sitcom, and that it marks a reunion for Grammer and Lyndhurst 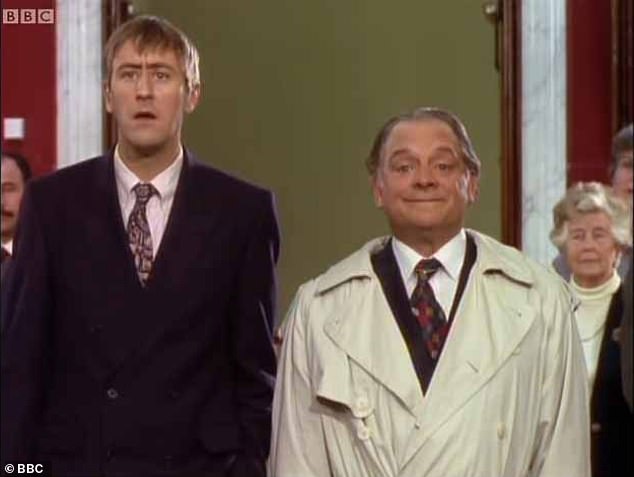 Back in the day: Best known for his role as Rodney Trotter in British sitcom Only Fools And Horses (pictured with Dellboy), Nicholas’s performances in Goodnight Sweetheart, New Tricks and Butterflies are just a few other titles under his belt

It was then claimed that he was considering retiring from acting following the tragic loss.

The star’s close friend, writer Laurence Marks, 73, said that Nicholas may not return to public life after his heartache, something the actor’s camp insists is ‘ridiculous’.

Laurence told the Daily Star Sunday: ‘Nicholas underwent tragedy. It must have broken his heart. It would break anyone’s heart.

‘He has always kept himself to himself and now he’ll do that more than ever. Now he’s lost his son, he’ll never come out again. I doubt we will see him do any more acting.’

However, a representative for Nicholas told MailOnline: ‘It is complete nonsense that Nicholas Lyndhurst is retired or retiring. 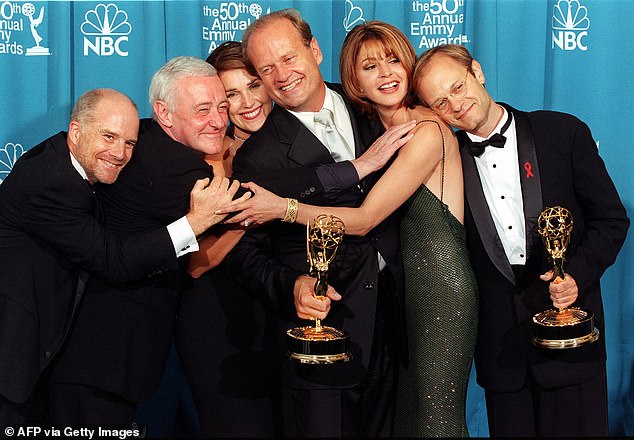 Reunion: While the plot has been kept secret since the reboot was announced in 2021, the official log reads: ‘Frasier is off to a different city with new challenges to face’ (cast is pictured at the Emmy Awards)

It comes after an insider claimed that the long-anticipated Frasier sequel could leave fans disappointed over missing cast members, Z-list writers and producers and a lack of lavish sets.

Sources familiar with the new show, helmed by Kelsey Grammer as he reprises his role as Dr. Frasier Crane, claimed the set was running on a low-budget with novice actors and writers, RadarOnline reports.

‘With the Paramount+ Frasier reboot, you’re getting the actor you know and love in his most famous role, but you’re not getting much else,’ the sources said. ‘There will be no lavish sets and none of the beloved faces fans held dear. Even the writers and producers are Z-list.’

The alleged troubles come just months after Grammer, 67, announced that the reboot was greenlit by Paramount+, with the beloved actor serving as the executive producer. 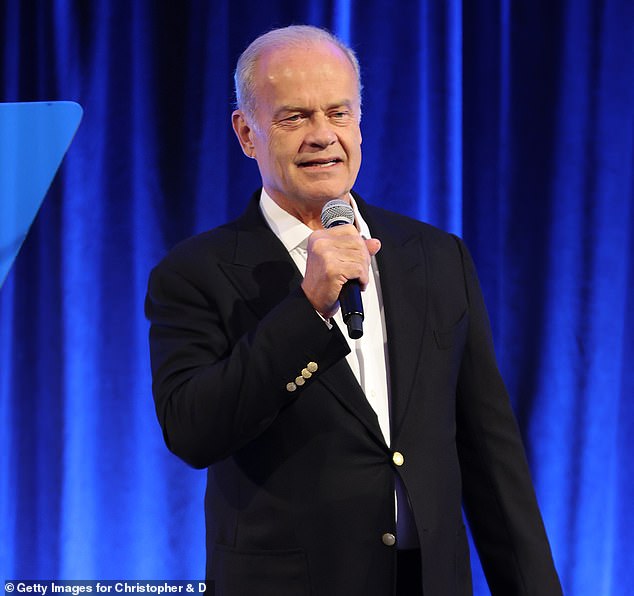 The 90s saw Grammer propel to nationwide fame on the Cheers spin-off series, Frasier, with the actor reportedly in talks for years to try and revive the show.

However, Grammer is set to be the only returning original cast member after David Hyde Pierce, who played Fraiser’s little brother Niles, is said to have demanded a larger role in the reboot and more pay.

‘David has become a huge star on Broadway,’ a source told RadarOnline. ‘He doesn’t need the show, so he decided to leverage his appearance to the hilt. In the end, he overplayed his hand and lost.’ 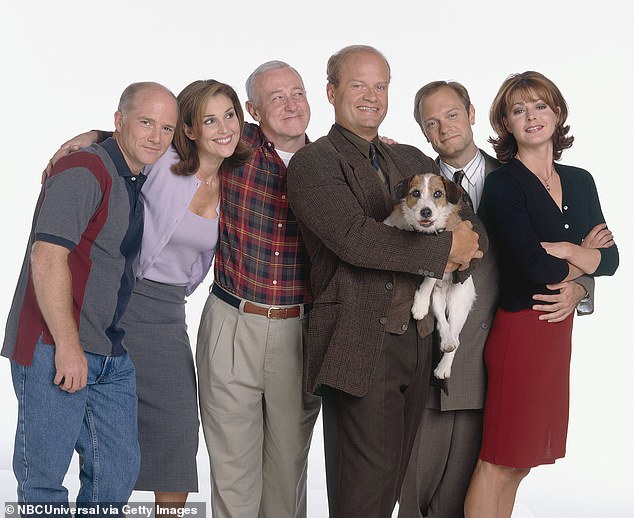 Original: Only Grammer is set to reprise his role as Dr. Frasier Crane, with his fellow co-stars reportedly cut after a fall out with David Hyde Pierce (second from the right) who played Frasier’s little brother, Niles, one the show’s most popular characters

The fallout with Niles led to the show scrapping a big reunion scene and instead opting to move Dr. Frasier out of his Seattle hometown to a new city with a brand new cast.

‘They were all excited about coming back and were devastated when they found it wouldn’t be happening,’ an insider told the outlet.

The missing big-name actors are accompanied by a lack of seasoned writers, as the show’s chief scribes are Chris Harris and Joe Cristalli.

Both writers have short profiles on IMDB, with Harris previously working on How I Met Your Mother and David Letterman.

Despite the lack of big names attached to the show, sources said Kelsey is hoping his charm along will see long-time fans return.

‘Kelsey’s bet is he’ll be enough to attract a big audience,’ one insider said. ‘The reboot will have all of those delicious one-liners that made him so famous to begin with.’ 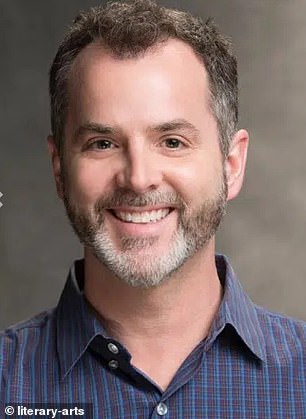 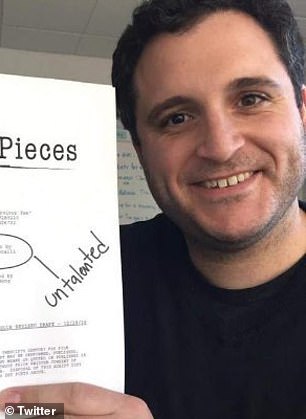 Storytellers: The lead writers on the Frasier reboot are Chris Harris (left) and Joe Cristalli (right). Harris previously worked on How I Met Your Mother and Letterman, while Cristalli’s biggest work was on the canceled CBS sitcom Life In Pieces

Along with a missing Niles, one of the original show’s most popular characters, Frasier’s father, Martin, also won’t be returning.

Martin was played by John Mahoney, who died aged 77 in a Chicago hospice in February 2018 due to complications from throat cancer.

Also missing from the reboot will be Jane Leeves, who played Daphne Moon, and Peri Gilpin, who played Roz Doyle.

Their absence, Grammer said, will be dealt with on the show.

‘We’ll certainly be responsive about the fact that there was a brother and such. But the new world for Frasier is one of new friendships — and some new twists and turns he didn’t know were still in there,’ Grammer said in October.

Paramount+ confirmed the reboot had been in development in February 2021, with Grammer announcing last July that the scripting was underway. 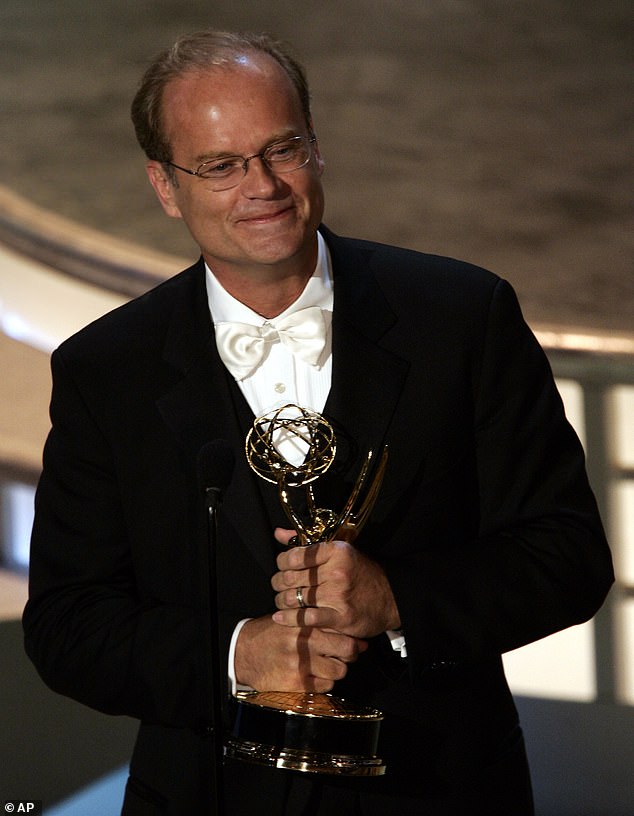 Claims: Sources said Grammer believes his star power alone will bring back fans to the reboot. Pictured: Grammer accepting an Emmy during the last season of the old show in 2004