Gal Gadot, 36, took her daughter Maya, 4, to ballet class on May 17 and wore an outfit that showed off just a hint of her baby bump! The actress announced she’s expecting her third child with husband Jaron Varsano in Mar., and this is the first time her growing bump has been seen in public. She wore a white zip-up top and maroon leggings during the outing as well as black sandals, a white face mask, and sunglasses. 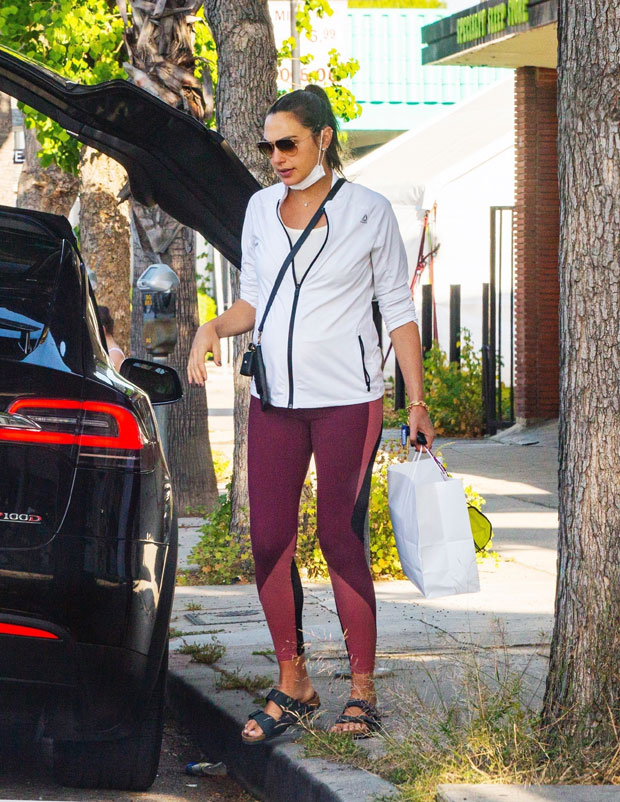 Her long locks were pulled up into a ponytail as she carried a bag and appeared relaxed. Her adorable daughter Maya wore a pink ballet outfit that included a leotard and a skirt and pink and purple boots as she looked through a book while walking. She also had on a matching face mask and hair ribbons in her hair. 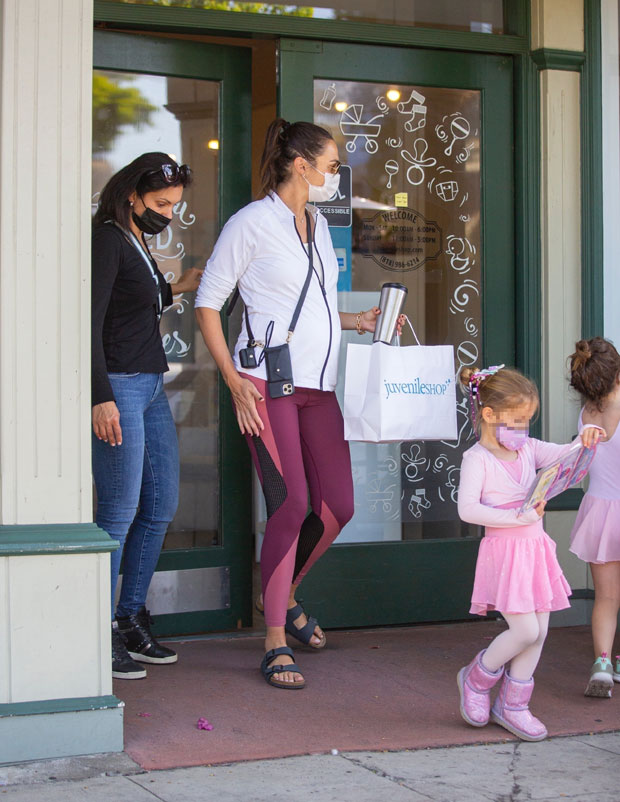 In addition to Maya, Gal and Jaron share daughter Alma, 9. Before her latest outing, Gal was spotted on a shopping outing with both Alma and Maya on Mar. 18. Her bump was too small to be seen then but the mother and daughters looked as sweet as could be as they stayed close and held hands. The Wonder Woman star also wore a stylish outfit that included a denim jacket over a white graphic tee, black leather pants, and black boots.

Gal recently expressed her gratitude for soon becoming a mother-of-three and for her own motherly role models, including her mom, Irit, and her mother-in-law, Irit, in a Mother’s Day Instagram post earlier this month. The post included a selfie of all three ladies and a loving caption.

“My first mother’s day as an almost-mother-of-3 and as always I look up to my mom and my mother-in-law, thank you both for the unlimited, unconditional, unbelievable love you give us ❤,” she wrote. “Happy mother’s day to all you amazing mothers out there, thank you for giving us life, light and love 🤍🙏#HappyMothersDay.”