HBO has paused shooting on its “Game of Thrones” prequel “House of the Dragon” because of a positive COVID-19 case on set, Variety has confirmed.

As part of testing implemented for all production employees, a production member on the series tested positive for COVID-19. In compliance with industry guidelines, the production member is in isolation, and close contacts will be required to quarantine. Production will resume on Wednesday after a two-day pause.

This is the third COVID-affected shoot in the U.K. in the last few days. Netflix’s “Bridgerton” paused shooting after a positive case, resumed, and paused again after another case. The streamer’s “Matilda” has also paused for the same reason. London’s Riverside Studios has canceled its revival of Terence Rattigan’s play “The Browning Version,” starring Kenneth Branagh, because of the COVID-enforced absence of cast members during rehearsals. 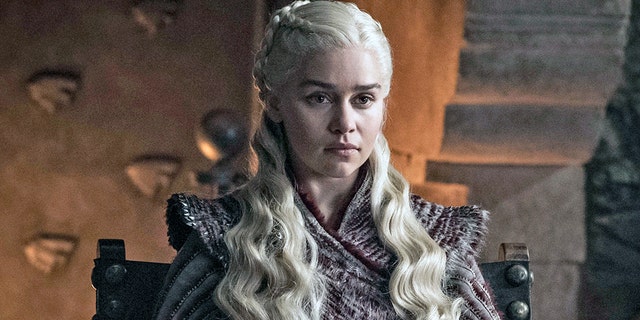 The production of a ‘Game of Thrones’ prequel was shut down briefly after a positive coronavirus test.
(AP)

The news of “House of the Dragon” pausing its shoot was first reported by Deadline.

The pauses come as the U.K. reopens fully on Monday, the so-called “Freedom Day.” Prime Minister Boris Johnson and Chancellor of the Exchequer Rishi Sunak are both self-isolating after being pinged by the National Health Service track and trace app since they were in close proximity to someone who has the virus. Health Secretary Sajid Javid has revealed that he has tested positive and has mild symptoms.