George Stephanopoulos may be one of ABC and Good Morning America’s top journalists and anchors, but he definitely wasn’t interested in stepping too far outside of his comfort zone.

On the latest installment of the morning news show, he and his co-star Michael Strahan opened up the day by discussing the items on their agenda.

Among them was a behind-the-scenes look at the 31st season premiere of Dancing with the Stars, featuring one of their very own, Sam Champion.

Teasing a segment where he would be talking to his co-star Lara Spencer about his first dance and experience on the show, Michael threw in a tiny quip as well.

“You’re next, George,” he joked to his fellow anchor as they shared clips from the historic first episode, and George definitely wasn’t interested.

“Sam did pretty well last night, didn’t he?” George initially said, before responding: “No, Michael, I am not next. That is never going to happen.” 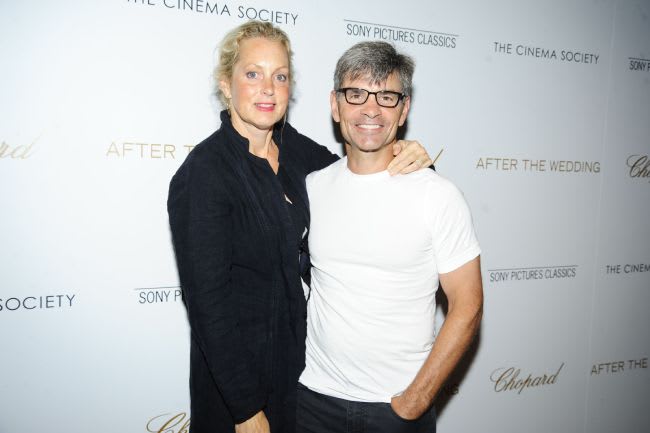 His comment definitely left Michael and their new co-star and sub for Robin Roberts, Mary Bruce, in stitches as they then began with the day’s breaking news segments.

He danced with Cheryl Burke, who he revealed on the show was a friend of his who had attempted to persuade him to compete on the show in the past.

The pair danced the foxtrot to Elton John and Britney Spears’ recently released Hold Me Closer, earning mixed feedback from the judges.

A post shared by Dancing With The Stars #DWTS (@dancingwiththestars)

Sam and Cheryl made their DWTS debut on Monday night

Despite earning only 20 points out of a possible 40 on a night of relatively stricter scoring, the two were declared safe and moved on to continue competing in the following weeks, with Lara visiting them on set to cheer from the audience.