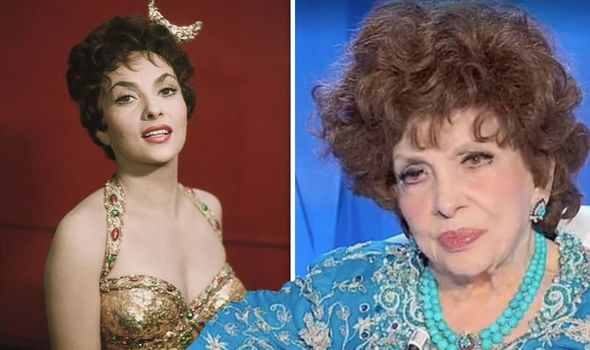 Hollywood icon Gina Lollobrigida, 94, is said to have called in the assistance of a mafia-busting lawyer amid a legal row with her son over her £35million fortune. The star is currently embroiled in a long-running legal battle with her estranged son, Milko Skofic.

Last month, Milko got a court to block his mother’s assets to stop her giving any more cash away as gifts.

The ruling means she can only use her money to cover day-to-day expenses.

Gina, who rose to fame during the Golden Age of Hollywood, has hit back at her son’s move.

She said in an interview on Italian TV: “I don’t deserve this.

“I haven’t done anything wrong, yet [my family] are furious against me and won’t leave me alone.

“At my age I should have some peace,” she added to Italian TV channel Rai1.

“I have the right to live and also to die in peace,” the star concluded

Her assistant Andrea Piazzolla was 24 when he became her driver, before becoming the star’s handyman and then her manager.

Andrea and his partner went on to move in with the actress and named their daughter after her.

Gina has insisted she sees Andrea as a son, insisting: “Giving gifts to Andrea and his family is something that concerns me and no one else.”

However, Andrea was previously accused of buying a Ferrari with the actress’ money before selling it and handing the money he gained to his parents.

Andrea, who is now on trial for fraud, has denied all wrongdoing.

Granting the block on her assets last month, the Italian Supreme Court stated Gina had a “weakened sense of reality” and was vulnerable to exploitation.

Ingroia has since said he will bring the “same spirit for a battle of freedom” to Gina’s case.

He said: “Gina is clear-headed and combative and we do not accept this expropriation of her wealth.”

Gina was known as the world’s most-beautiful woman during her Hollywood heyday.

She starred in hit films such as The Hunchback of Notre Dame in 1956, Strange Bedfellows alongside Rock Hudson in 1965 and Good Evening, Ms Campbell in 1968.

She acted opposite the likes of Sir Sean Connery, Humphrey Bogart and Frank Sinatra.