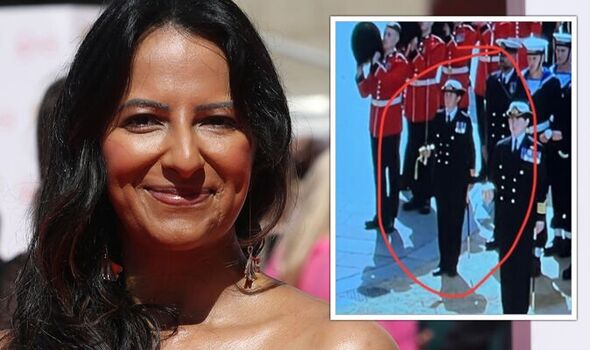 The 45-year-old Good Morning Britain presenter shared her pride to her 109,000 Twitter followers, posting two images of the woman she knows within the Navy who is part of the procession today (Monday, September 19) for Queen Elizabeth II’s funeral. Circling her friend within two images, Ranvir tweeted that she was “beyond proud” of her.

The two images show Ranvir’s unnamed friend as part of the group of Royal Navy men and women who were pulling the State Gun Carriage, which was being used to carry the Queen’s coffin.

Standing at the front of the parade, Ranvir’s friend was bearing the medals she has been awarded, and it was clear from her uniform that she held the rank of Officer within the Royal Navy.

Ranvir captioned the images: “Beyond proud to know a brilliant woman, a friend, a mother, is one of the Royal Navy women leading the gun carriage. It’s giving me shivers. (Circled in red).”

Along with a red heart emoji, Ranvir included a saluting emoji, in honour of her friend, who was part of the procession that carried the Queen’s coffin across London, finishing at Wellington Arch where the coffin will be taken by car to Windsor. 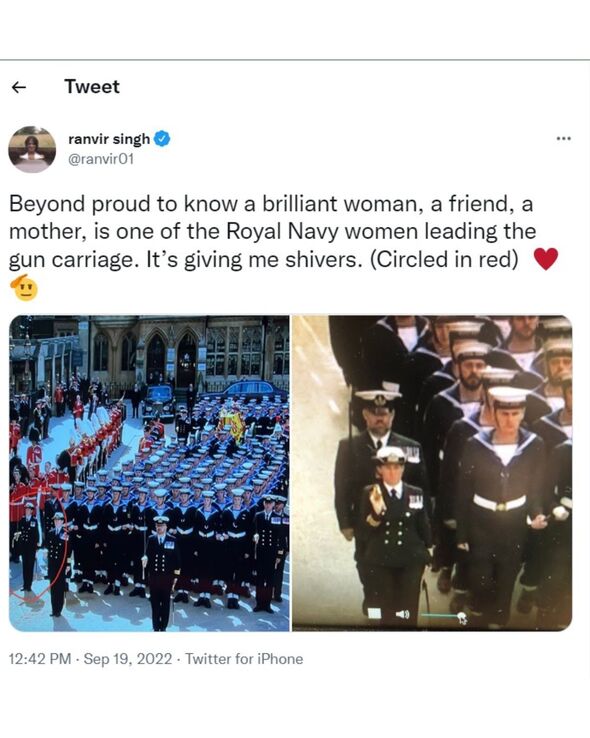 Fans started to share their mutual respect for Ranvir’s friend and the entirety of the armed forces, who have carried out the procession and state funeral proceedings flawlessly.

User @SimonTe98284321 tweeted: “How amazing are they ranvir, their parents must be beyond proud.”

And @Strummer07 added: “Well done that women – those women sailors and those seamen – grand job ! An extra tot tonight methinks !”

Another, under the username @vegasbaby2012 shared: “They are doing such an awesome Job, proud is to small a word.”

Within 48 minutes of the tweet, more than 300 people had liked it.

Ranvir’s friend in the military is not the only one who was present at the procession, as Ranvir herself was at the scene, reporting for Good Morning Britain.

Speaking to members of the public who had travelled, and camped out overnight to catch a glimpse at the queen’s coffin, Ranvir was filmed speaking to Angela, Priscilla and Claire, who had been on the Long Walk at Windsor Castle since 4.30am.

When asked why they felt they wanted to see the procession and be there when the Queen arrived at her final resting place, one of the women said: “She said when you come to the world, you spread love and when you’re finished you go home. 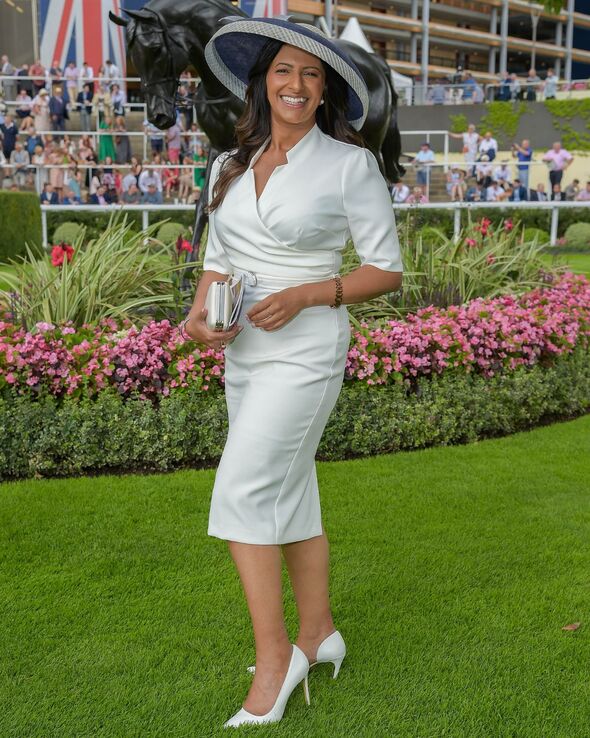 “This is her final home-going and we wanted to be a part of it.”

Another shared to Ranvir: “We wanted to be a part of her final journey. It has been a huge part of our lives since I was born.”

The trio also brought a commonwealth flag with them to Windsor, symbolising the “countries that the Queen has unified and brought together”.

Sharing some behind-the-scenes footage from Windsor as she arrived at the scene before 6am in preparation for Good Morning Britain, Ranvir took to her Instagram. 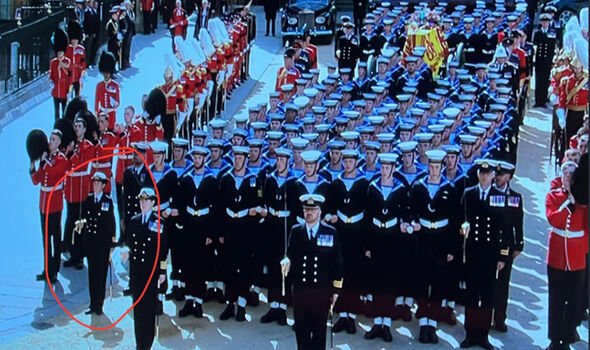 Sharing a video with her 123,000 followers, Ranvir wrote: “Queues already pretty busy BEFORE 6am!”

The footage panned round individuals in camping chairs, wrapped in blankets and covered with umbrellas as they saved their spot in front of the barriers along the Long Walk.

Individuals are waiting for the arrival of the Queen’s coffin in Windsor, where she will be laid to rest with her late husband, Prince Philip, the Duke of Edinburgh, at the King George VI memorial chapel, inside St George’s Chapel.