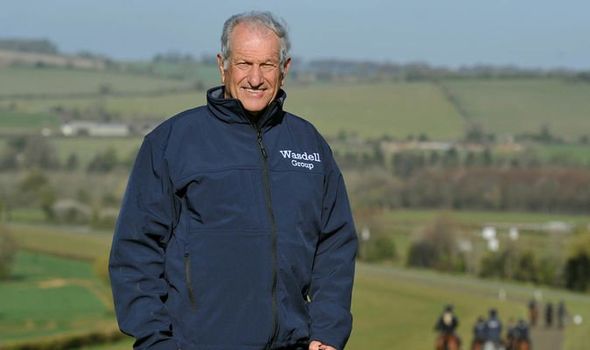 He suffered severe back pain before starting a 191-mile charity walk recently and the growth was found. The former jump jockey, right, said: “Scans showed I have a tumour on my kidney which needs removing.” His fundraising trek for the Bob Champion Cancer Trust represents the 191 days from his diagnosis on July 24 1979 to his all-clear on January 31 1980 – four months before his Aintree triumph.

Aldaniti was also a survivor, as the horse had fought back from a leg injury so serious vets said he should be put down.

Instead the duo raced to victory in the world-famous steeplechase.

Champion has raised more than £55,000 on the walk, visiting gallops and stables, and will have the operation soon. He said: “I was determined I would carry on with my 40th anniversary walk.

“I didn’t intend to fall at the final fence when the money is still much needed! 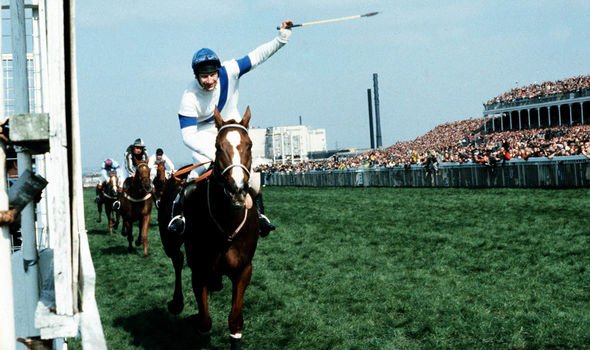 “It’s still coming in. Thank you to my sponsor Wasdell Group and everyone who has walked and supported me.”

He expects to finish on Saturday at Findon Gifford gallops in West Sussex, where Aldaniti was trained. For the final section he will ride a chestnut horse up the lane where the National winner paraded 40 years ago.

Their victory won them the BBC Sports Personality of the Year team award and was turned into 1984 film Champions, with John Hurt.