Totally loved up! Hannah Brown couldn’t be happier with her boyfriend, Adam Woolard, and she wants the world to know it.

“Adam appreciation post,” the Bachelorette alum, 26, wrote via Instagram on Friday, June 18, alongside photos of the pair embracing on the beach. “Just feeling especially blessed today to have you by my side. Thank you for everything you do for me. I’m one lucky girl.” 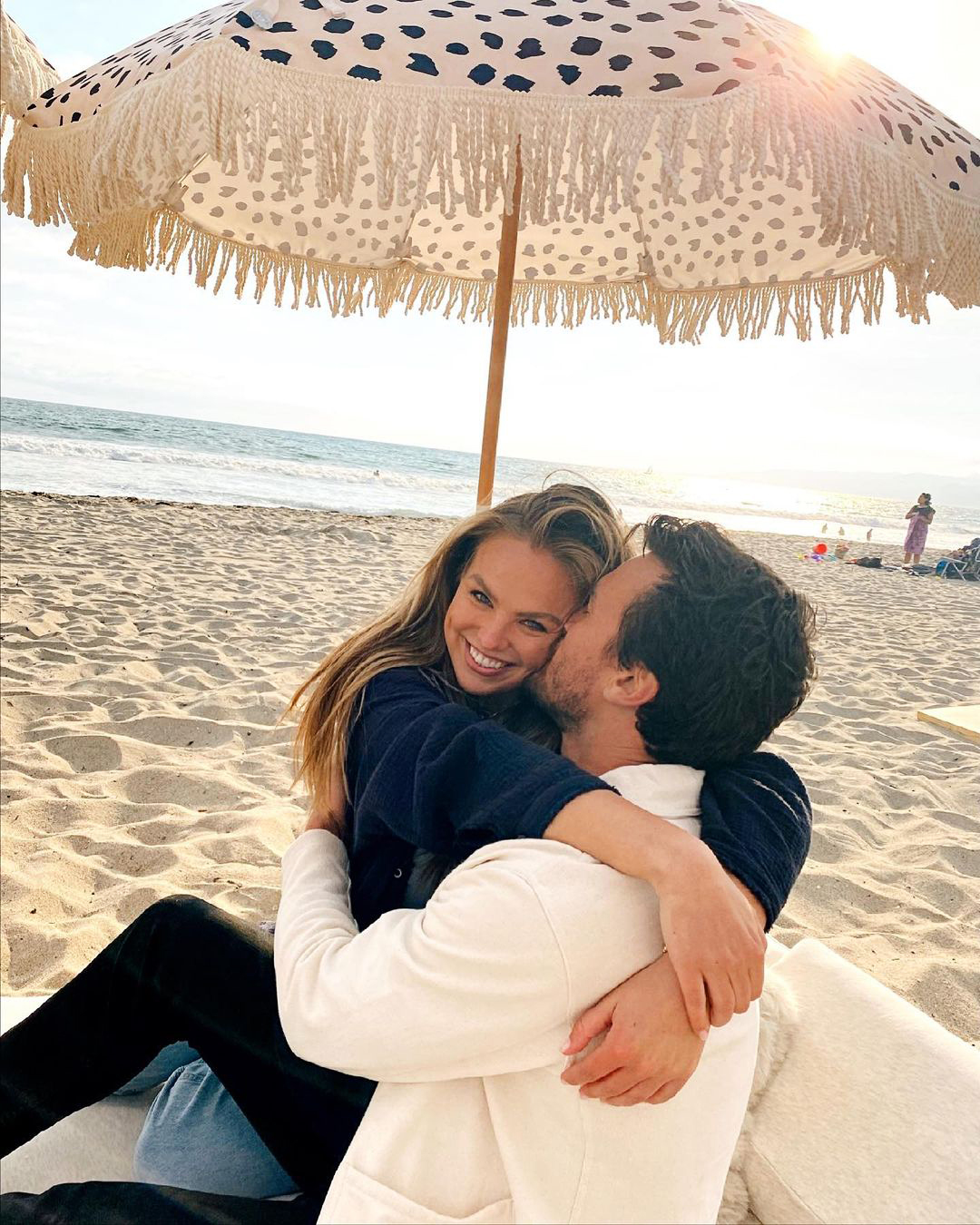 The reality star and the model first sparked dating rumors in January but didn’t confirm their relationship until February, when they went Instagram official on Valentine’s Day. “Feeling all the love,” Brown wrote at the time. “Happy Valentine’s Day y’all.”

The Alabama native competed for Colton Underwood’s heart in season 23 of The Bachelor and later headlined season 15 of The Bachelorette. She was briefly engaged to winner Jed Wyatt, but they broke up amid rumors that he appeared on the show while already having a girlfriend at home.

After the split, Brown reached out to Tyler Cameron, the runner-up from her season. They spent part of 2020 quarantining together during the coronavirus lockdown, but both said their relationship was purely platonic.

‘Bachelor’ and ‘Bachelorette’ Contestants Who Allegedly Lied About Their Pasts

“I think it’s just [us] trying to be cool being friends,” Brown said in a video the duo shared in October 2020. “There’s no pressure. It feels like it’s more on our own terms. … It feels kind of good to say it.”

Things with Woolard, however, seem to be progressing in a different direction. “It’s blossoming and can certainly turn into something serious,” an insider told Us Weekly in April. “They are having fun and continuing to get to know each other.”

In a video posted to her YouTube channel in March, Brown said that the couple had their first date at a Mexican restaurant, where they had margaritas. In a written response for the clip, Woolard said he’d asked her out but noted it was “complicated.”

The Dancing With the Stars alum joked that she wasn’t sure why he described it that way, unless it was because she had been the first party to drop hints. “Wait, I don’t know why it’s complicated,” she said. “[It’s probably] because I’m the one who first, kind of, threw the line out there.”