Harry and William Walk Behind Queen's Casket, Which Now Lies in State 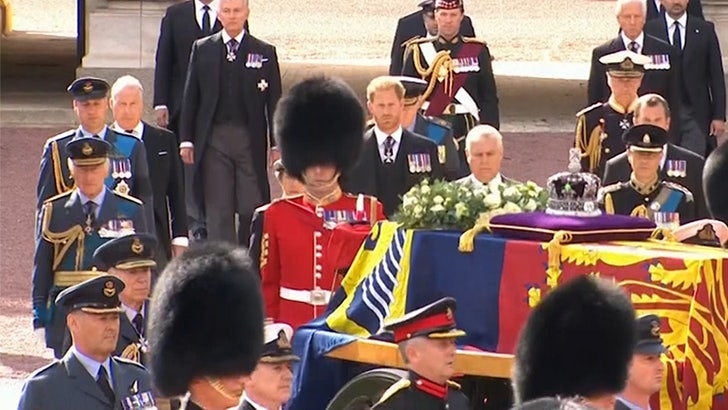 Prince William and Harry walked behind their grandmother’s casket during a ceremony steeped in pageantry as the procession went from Buckingham Palace to Westminster Hall where her body will lie in State for 4 days. 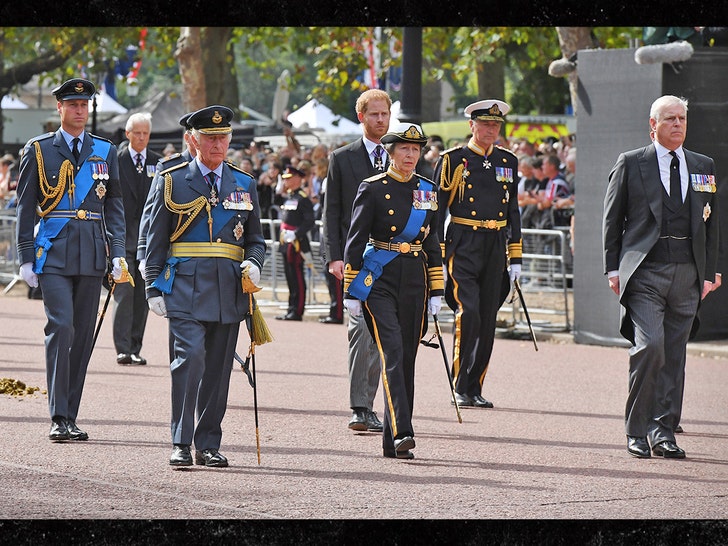 Prince Andrew was also in the procession, and he too was in civilian clothes, and not by choice. Queen Elizabeth stripped Andrew of his Royal duties and many perks after his ties to Jeffrey Epstein surfaced. 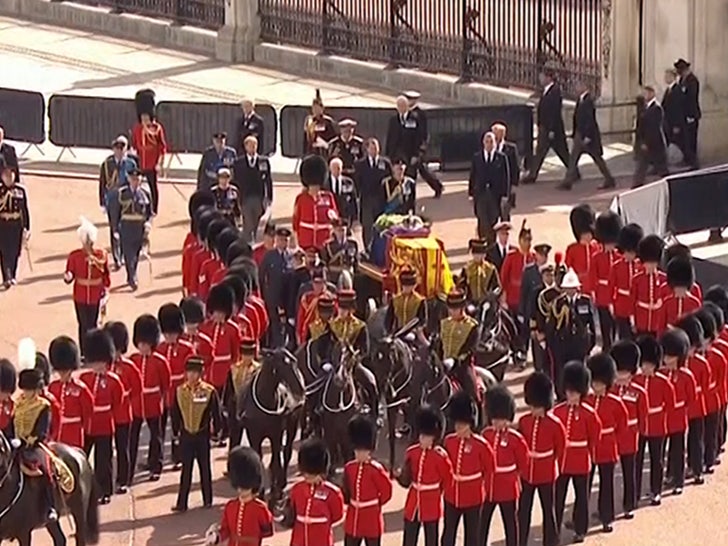 The Queen’s crown is resting atop the coffin. BTW … only 3 people are allowed to touch the crown … the monarch, the Archbishop of Canterbury and the Crown Jeweller. 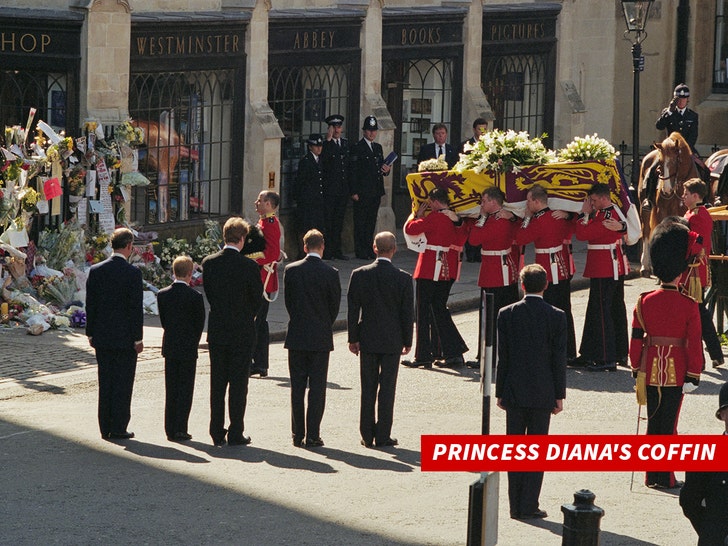 It’s impossible to ignore what happened 25-years-ago, when a young Harry and William walked side-by-side during the funeral of their mom, Princess Diana.

Charles is obviously front and center as well, as everyone walked in lockstep to the Houses of Parliament, where the casket will be placed. Princess Anne is also right there … she will assume an even larger role in the family.

The spouses of the Princes and the King are in cars … following along per tradition.