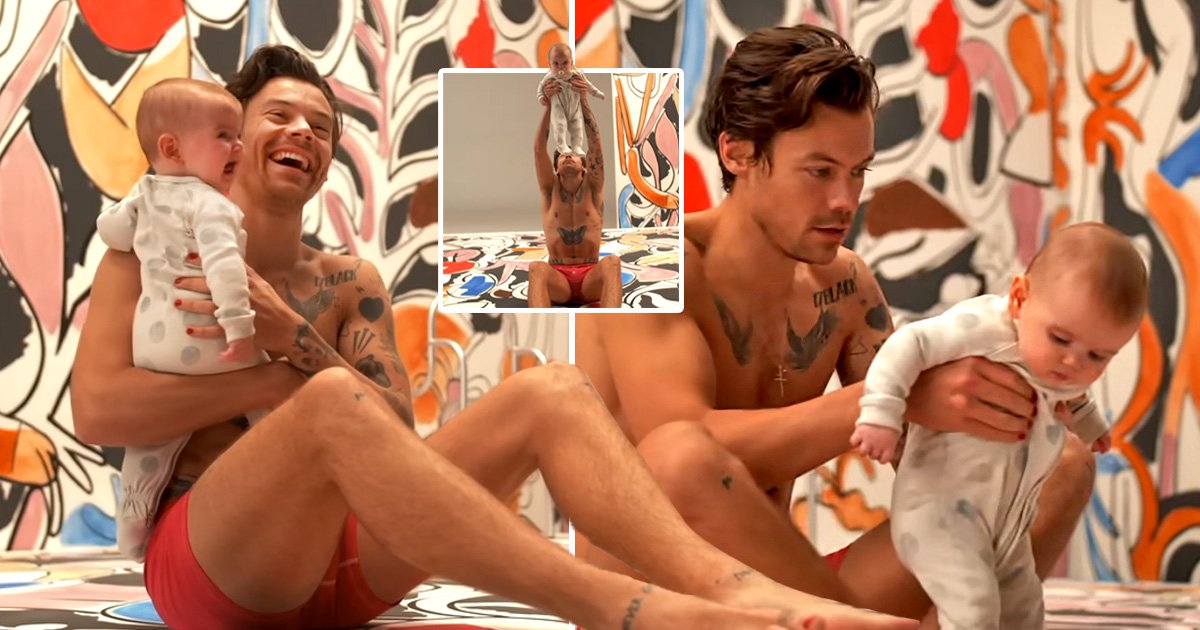 Harry Styles playing with an adorable baby is the serotonin boost we all need right now.

The Watermelon Sugar hitmaker, 28, has been living his best life lately, following the success of his single As It Was, headlining Coachella for two weekends, and gearing up to release his third studio album.

But if there’s one thing Harry does best, it’s send fans into a frenzy by doing something totally normal, which is what happened when the behind the scenes video for his latest single dropped.

The Grammy Award winner was seen on set for As It Was – which has been storming the UK charts – cuddling up to the child of Molly Hawkins, his creative director.

Twitter was sent into a tailspin as the two giggled and played, with the former One Direction star looking at the tot lovingly when she started to tear up.

The footage is basically the most heartwarming thing you will watch this week, with one Twitter user, quite rightly, comparing it to ‘therapy.’

‘You don’t understand how much i wish harry could get pregnant and have a baby,’ one even tweeted.

‘Harry with babies is the best thing this world is ever gonna see,’ one person wrote.

Another tweeted: ‘Harry holding a baby is probably the most adorable thing ever, I’m never recovering.’

‘I love that the baby doesn’t give a s*** she’s being held by Harry Styles and just wants her mum,’ another joked.

Harry is gearing up for Love On Tour, which he’ll bring to stadiums in the UK and Europe this summer.

In celebration of his upcoming album, Harry’s House, he’ll also be playing a One Night Only gig in London, as well as in the States.

As to be expected, though, demand for tickets was high, with many fans heartbroken after missing out and seeing resale prices at astronomical values.

Harry’s House lands on May 20.