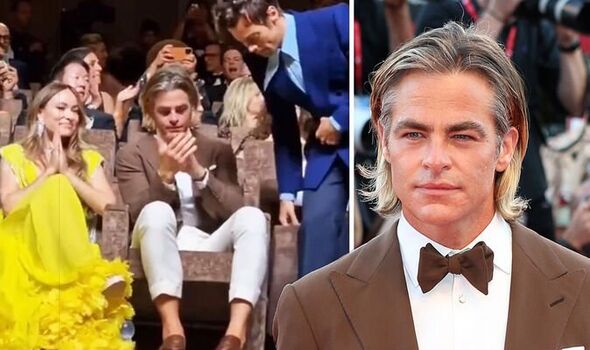 The singer turned film star caused a stir after a fan filmed him approaching his chair while appearing to “spit” on his co-star Chris Pines lap, in front of the One Direction star’s girlfriend, and the film’s director, Olivia Wilde.

Seemingly bewildered by what had just happened, Chris, who was clapping as Harry took his seat, gave a bemused look to the pop star, who was too busy adjusting his jacket to notice the Hollywood actor’s reaction.

This adds another element to the ongoing feud rumours surrounding the stars in the cast of Don’t Worry Darling, with rift speculation mainly centered around the film’s director and Florence Pugh.

Adding to the rumours, Florence has done little promotion for the upcoming movie and did not attend the Venice film talk, instead walking the red carpet. 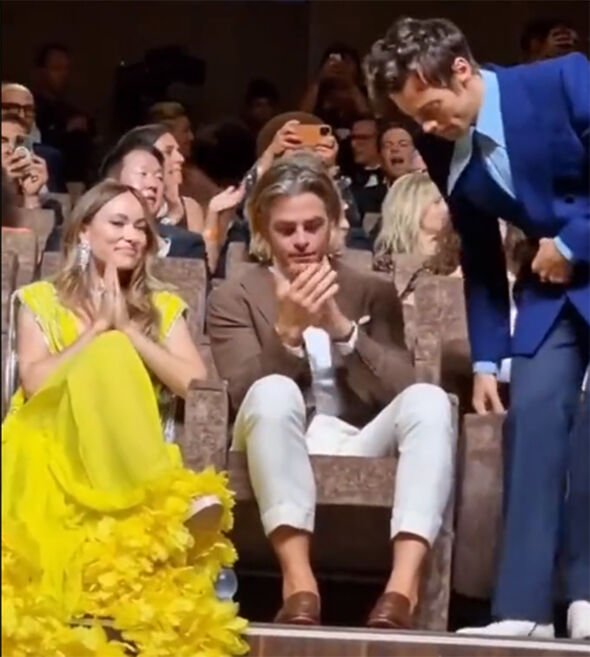 Harry Styles appeared to ‘spit’ before he sat down

Fans claimed Harry Styles ‘spat’ at his co-star Chris Pine as he went to take his seat, with Chris pausing his clap to stare at the star. 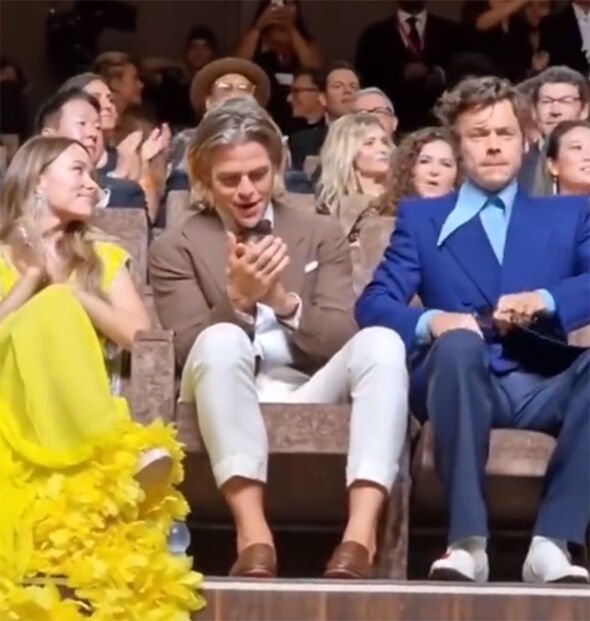 Chris Pine looked disapprovingly at Harry Styles after the ‘spitting’ incident with the pop singer too busy sorting his jacket to notice. 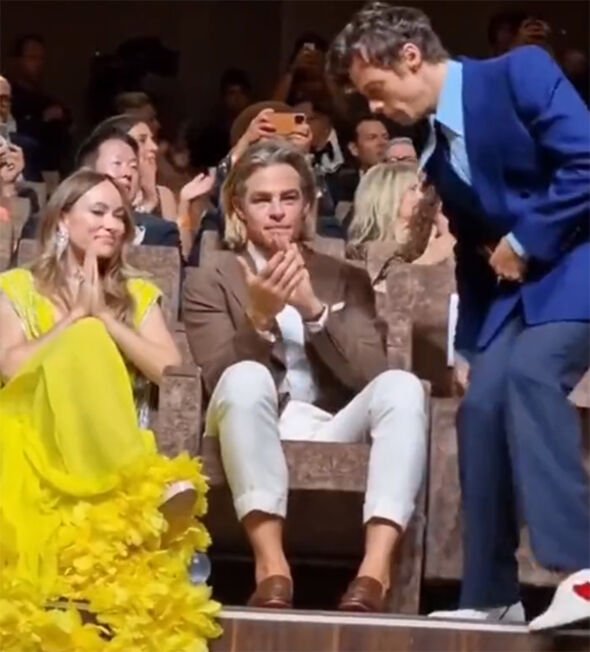 Olivia Wilde, the director of Don’t Worry Darling and Harry Styles’ current girlfriend, has been rumoured to have fallen out with leading lady Florence Pugh. 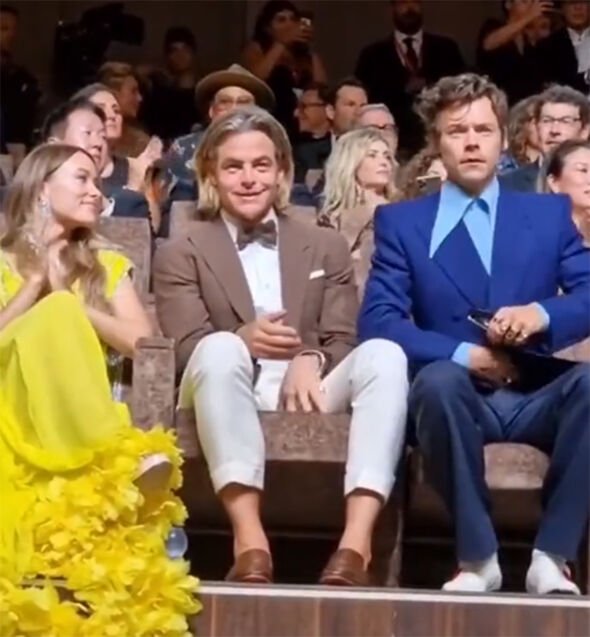 Olivia Wilde has been rumoured to have fallen out with Don’t Worry Darling’s leading actress Florence Pugh, with the latter barely promoting the Hollywood blockbuster. 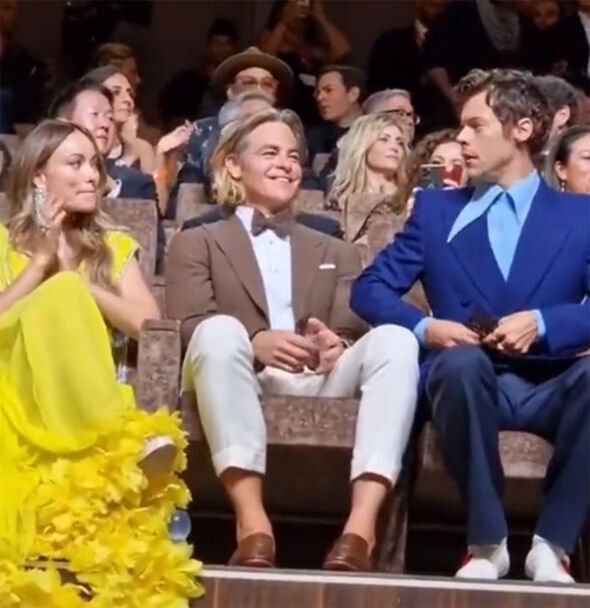 Florence Pugh stunned in a sheer black chiffon gown on the red carpet, however, she did not attend the open talk on Don’t Worry Darling earlier in the day. 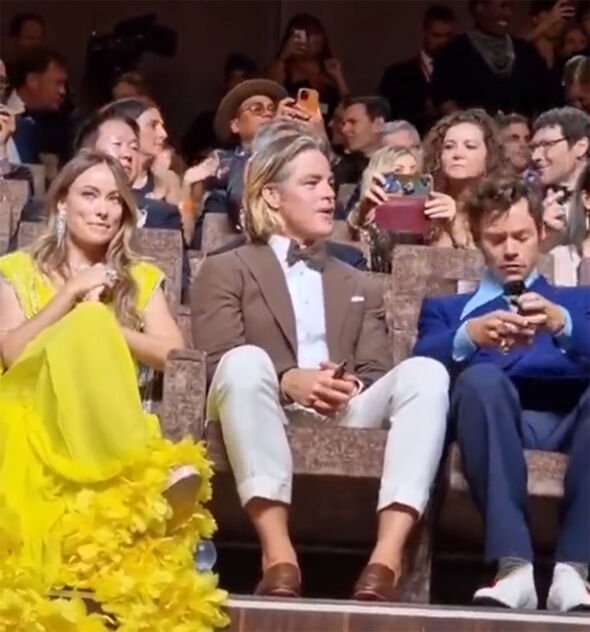 Florence fell out with Olivia Wilde initially when she employed Shia LaBeouf to play her on-screen lover in Don’t Worry Darling. 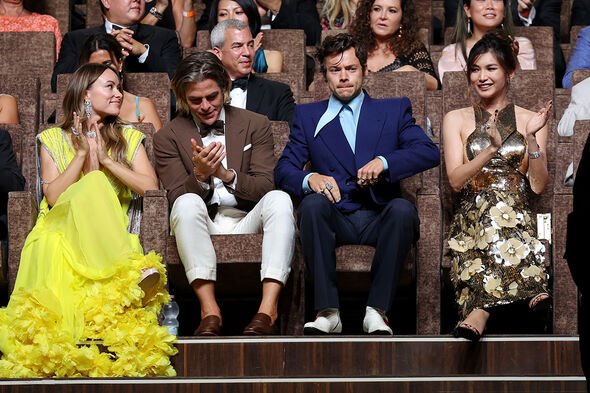 Florence Pugh is rumoured to have fallen out with Olivia Wilde 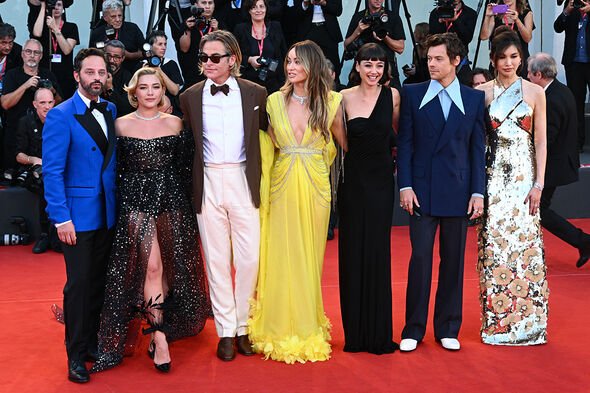 Olivia Wilde was pictured holding hands with Harry Styles at a wedding in January last year, just three months after announcing her split from Jason Sudeikis. 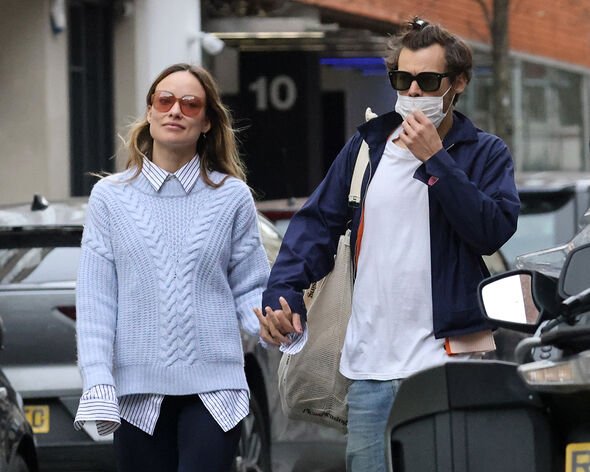 Olivia Wilde was spotted supporting Harry Styles in Las Vegas on the opening night of his Love On Tour show.