Terry Bradshaw is an NFL football legend who has built a successful career after retiring from the Pittsburgh Steelers. The four-time Super Bowl champion found success as a “Fox NFL Sunday” analyst and actor. In 2020, Terry became a reality TV star on the E! series “The Bradshaw Bunch.” His new reality TV hit has generated even more interest in the NFL Hall of Fame quarterback, and some fans wonder what Terry’s net worth is.

“The Bradshaw Bunch” follows the former quarterback and his wife Tammy and their blended family, his daughters Erin and Rachel, and Tammy’s daughter Lacey. The women in his life completely outnumber Terry, and the show is a fan-favorite.

According to E! News, Terry once joked, “I got three girls, which means I have three problems.” However, fans can tell that the football star loves every minute of it. But how much is the NFL legend/TV analyst worth? You’ll need to keep reading to learn more, and the results may surprise you.

Terry Bradshaw has a high net worth, despite setbacks 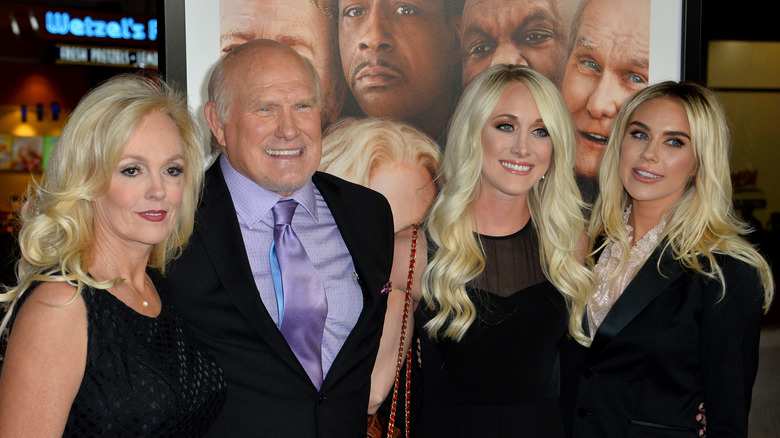 According to Celebrity Net Worth, NFL Hall of Fame star Terry Bradshaw is worth $45 million. His salary as a “Fox NFL Sunday” analyst has helped the football legend increase his net worth; the 72-year-old receives a $5 million annual salary from his work on Fox. In addition, he’s made some bank co-starring in movies and guest star roles on TV.

The fact that Terry’s net worth is so high is surprising for two reasons. First, Terry has been divorced three times and married four times. According to a 2005 study, Americans who divorce an “average wealth drop of 77 percent.” So getting divorced three times can have a big impact on net worth.

The second thing that hurt Terry’s net worth was investments in real estate. According to CNBC, the legendary football star lost almost $1 million in real estate investments during the 2008 recession. He told CNBC, “I was heavily invested, about 13 million bucks to be exact. I came home one day, and I just didn’t feel good. I was kind of sick to my stomach. I felt nervous about what was going on in the money markets, and I asked a friend to help me out.”

According to the business news outlet, Terry would have lost much more in real estate if he had not acted upon his hunch.

Bradshaw, Here's, How, Much, Terry
You may also like: