As reported by Harper’s Bazaar, Prince Harry returned to the U.K. on June 25, 2021. A statue of his late mother, Princess Diana, will be unveiled on July 1, which would’ve been her 60th birthday. Upon his return, a royal spokesperson confirmed to the outlet that Harry arrived at Frogmore Cottage, a place that has happy memories for the Duke of Sussex. Before he and Meghan Markle, the Duchess of Sussex, resigned as senior members of the royal family and moved to California, Prince Harry and his wife resided in the cottage with their son, Archie.

But now, Prince Harry might be staying there as he gets ready to attend the statue reveal. On July 1, the royal family will host an event at Kensington Palace’s Sunken Garden to unveil the statue of Diana, which was commissioned by the family. It will also be the second time Prince Harry has gathered with his family since his and Meghan’s bombshell interview with Oprah Winfrey in March 2021. Back in May, Prince Harry returned to the U.K. for the funeral of Prince Philip, his grandfather and Queen Elizabeth II’s husband.

And the queen reportedly had a specific reaction to Prince Harry’s second homecoming. 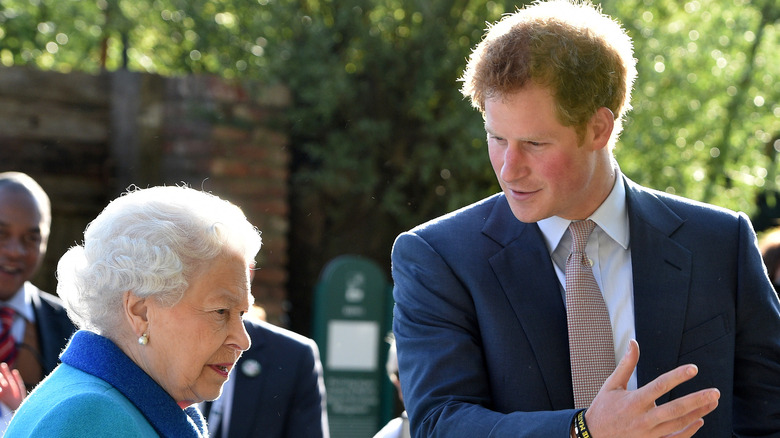 On June 25, 2021, The Sun reported that Queen Elizabeth II was spotted in a car headed to Frogmore Cottage — just as her grandson, Prince Harry, was headed there after arriving in London’s Heathrow International Airport. An unnamed source told the publication, “It is quite something. No sooner had Harry been driven from Heathrow to Frogmore Cottage the Queen was on her way down. I’m sure they would have plenty to talk about. The Queen would obviously want to see her grandson after everything that has gone on and could take this opportunity to act as the peacemaker.”

Of course, the source is referencing the rumored discord among Harry, his brother Prince William, and their father Prince Charles. Harry has given several public interviews speaking out against his family and their effect on his mental health, including the March 2021 one with Oprah Winfrey.

But according to The Sun, the queen may be the one person trying to help them through the rift.

afte, Did, Here's, Queen, the, what
You may also like: