It’s a basic fact that Harry Styles is a very sexy and good looking man. ‘HSM’ star Joshua Bassett has now found himself discussing his sexuality after calling Harry ‘hot’ in a recent interview.

After admitting that he finds singer/actor Harry Styles “hot,” High School Musical: The Musical: The Series, star Joshua Bassett is addressing his sexuality. Kind of. The 20-year-old told fans in a Tues. May 11 Twitter post that “My entire life people have told me my sexuality. People have shamed me for things they know nothing about.” He also added, “it’s okay to still be figuring out who you are.” It has left left fans confused, with one asking, “is he coming out or just showing support? I’m lost.” Joshua was previously linked in a supposed love triangle involving co-star Olivia Rodrigo, 18, and fellow Disney darling Sabrina Carpenter, 22.

The “hot Harry” controversy began in a May 10 interview with Clevver News, when Josh said of Harry, 27, “He’s a very classy man, and he’s very well rounded. He kind of does it all — like acting, singing, fashion — and I think that he’s just a nice guy who doesn’t say too much, but when he talks it matters. He’s just cool. Like, he’s cool. Who doesn’t think Harry Styles is cool?” Totally spot-on assessment Josh!

But then Josh took it a step further with his compliments, saying “Also, he’s hot. He’s very charming too. He’s lots of things,” then caught himself and said half jokingly, “I guess this is also my coming-out video.” Once it went viral, fans took to Twitter wondering if Josh has just officially come out as queer. Others accused him of “queerbaiting,” while some thought he might be hinting that he’s bisexual. 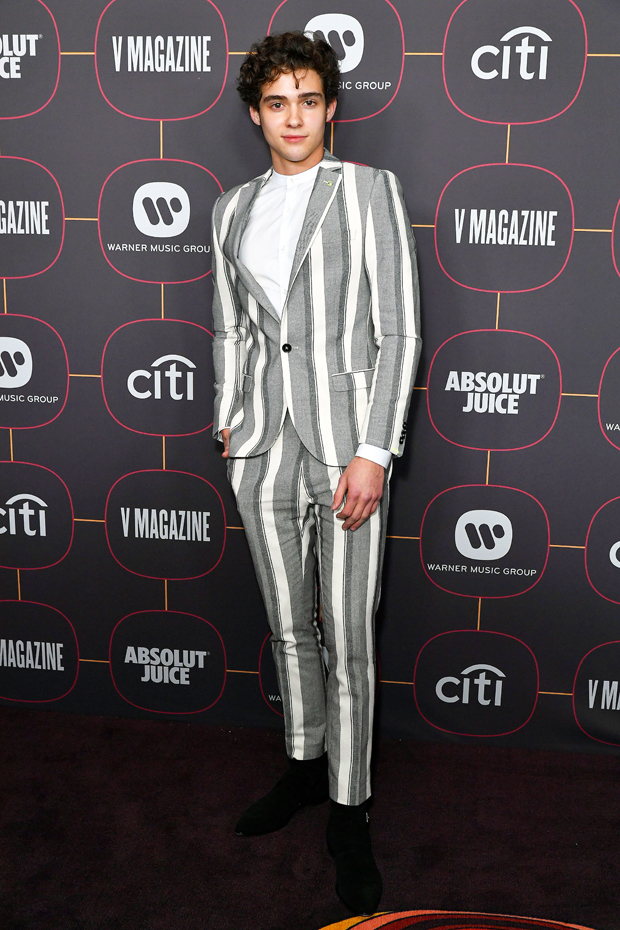 The actor then confused everyone even more with his May 11 Twitter post. It read, “My entire life people have told me my sexuality. People have shamed me for things they know nothing about. I want to say thank you to those of you who stand for love and acceptance. Toxicity, hatred and negativity say less about the subject, but say far more about those who spew it.”

He continued, “It’s 2021. We are a generation of love and growth, it’s time to start acting like it. Whether you love me, hate me or damn me to hell, I love you all the same.” Joshua then added, “Love who you love shamelessly. It’s okay to still be figuring out who you are. Life’s too short to let ignorance and hatred win. I choose love,” followed by a rainbow of colored heart emojis.

Josh’s fans were quick with the comments, with some telling him it is okay to be straight and say another man is “hot.” User @seanybrams told him “@joshuatbassett “Straight men can say another man is attractive without needing to ‘come out.’ It’s a lack of education on the topic and you misspoke, so just admit that. Oooof.” Fan @marcd84 said Josh was being “vague,” writing, “I mean, he brought it up in the first place. So, a little bit of clarification would be nice. Sure, nobody owes anyone anything, but then what is the point of such a vague statement?”

User @Ko_rtiz echoed a number of fans by asking, “is he showing support or coming out? i’m so lost.” But others were totally fine with Josh’s post, as @THIRTYFOUR35 replied, “guys i think y’all’s comments are defeating the purpose of the message. he’s saying he’s maybe unlabeled or still trying to figure his sexuality out, so y’all asking him ‘what are you’ don’t make sense.” As Josh said, it’s okay to still be figuring out who you are, and he seems to not want to define himself yet. Which should be supported by all of his fans.