Strictly Come Dancing star AJ and his brother Curtis recently landed roles in the Cheshire-based soap opera and it's fair to say their acting has not impressed viewers, with fans "cringing" at their "wooden" performances.

Parry, who previously played Harry Thompson in the soap, has now joined fans in sharing criticism after he posted an excerpt from a magazine article which criticised the brothers on his Instagram Story.

Adding his own comments, Parry admitted his frustrations at casting directors who opt for reality stars with large social media followings instead of giving up and coming actors a chance. 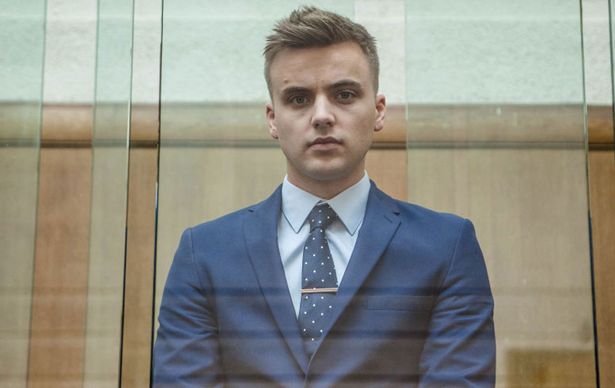 He wrote: "As if budding actors didn't struggle enough, now they have to compete with folks with zero interest in acting, but have s**t tone of followers.

"No offence for those who can hustle, but sucks for those trying to catch a break." “Made In Chelsea, TOWIE and Love Island dominate our screens. They’re not going anywhere soon, and, being honest, these shows are my guilty pleasure," it read. “And while these programmes might be scripted to an extent, I think that audiences tend to forget that reality TV is a totally different genre and dynamic to actual ACTING." Gerard, who played Kris Fisher in Hollyoaks for four years, wrote: “The next time a producer/casting director says the words 'but they have a big social media following'…. Just point them in the direction of this absolute car crash!”

He continued: “It’s a simple idea: stop giving actors’ jobs to models / reality tv contestants / pop stars from 1995 / Crufts winners / anybody else who is not an actor. THEY WILL BE S***E!” EastEnders actor Michael Greco has also chimed in on the criticism, claiming that the Pritchard brothers' star turns sum up "everything and more that is wrong with the industry I love."

He tweeted: "These people that suddenly come up with these casting ideas need to resign immediately. Shocking.

"I think people can watch this and learn so much from it. How 'not' to act. Shocking."