Inside Charles Spencers Legal Victory Over This Lie About Princess Diana

Prince Diana died in 1997. However, there are still accusations — and even legal issues — cropping up when it comes to who bears responsibility. For instance, in May 2021, her brother, Earl Charles Spencer, spoke with BBC Panorama (via Deadline), and brought up the 1995 interview Diana did with journalist Martin Bashir.

“The irony is that I met Martin Bashir on the 31st of August 1995,” Spencer noted, adding that “exactly two years later [Diana] died, and I do draw a line between the two events.” The late royal’s sibling went on to say that it was “quite clear that everyone was going to be made untrustworthy,” explaining, “I think that Diana did lose trust in really key people. In the end, when she died two years later, she was without any form of real protection.”

While it’s clear that Spencer has strong opinions when it comes to the circumstances around his sister’s death, he has also faced heartwrenching accusations regarding the tragedy. Now, he has won a legal victory when it comes to what’s been said about him and the situation. 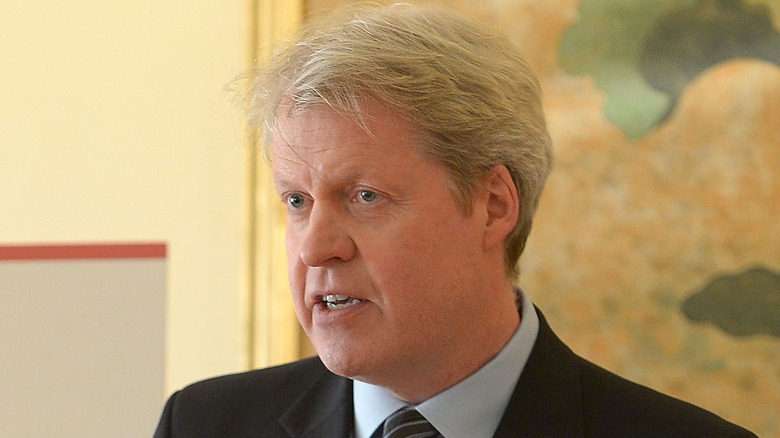 No one knows all of the details regarding Princess Diana’s 1997 death. However, her brother, Earl Charles Spencer, wants the world to know that he didn’t neglect his sister in the time before she died. That’s why he took legal action when The Times published a piece titled “It’s too simple to blame everything on Bashir,” which made certain accusations about him, according to People.

Apparently claiming that Spencer hadn’t helped Diana find somewhere to live after her split from Prince Charles, the piece also alleged that the princess’s brother “had failed to protect Diana from rogue BBC Panorama reporter, Martin Bashir, who was recently found to have used ‘deceitful methods’ to secure his controversial 1995 interview with the princess,” People reported. As a result, The Times “went on to incorrectly imply that in failing to protect his sister the Earl was partly to blame for her tragic death,” People noted.

Spencer took to Twitter to reveal that he had secured a legal victory, writing, “Today, for the third time, a ‘paper has been forced by the Law to apologize for lying about me ‘depriving Diana of a home.'” His tweet also included a screenshot of the apology, which noted that The Times had agreed to “pay his costs as well as make payment to him which he will donate to charity.” However, the earl also tweeted on July 29 that the publication was “haggling” over the amount.