Eminem is no stranger to feuding with other celebrities. Throughout his career Marshall Mathers has called out everyone from actors to pop stars. But his feud with one fellow rapper came about only because of his association with another hip-hop artist.

Here’s the story of how Eminem inherited beef with Ja Rule. 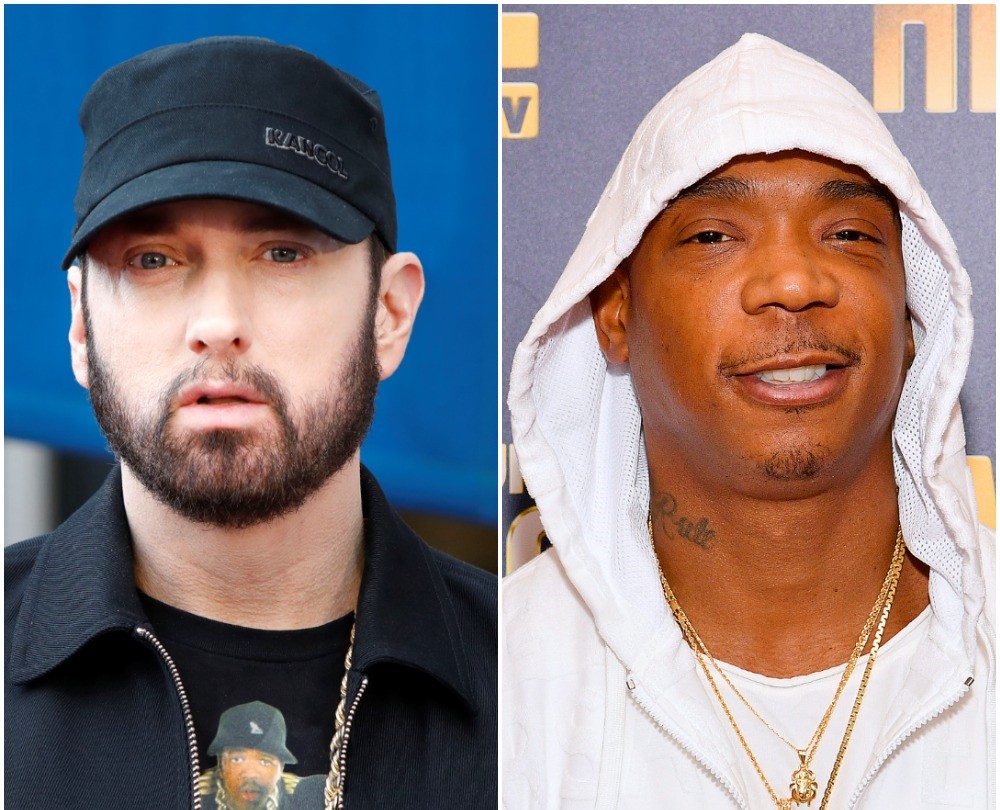 Unlike some of Eminem’s other feuds, he didn’t poke fun at or diss Ja Rule in a track first. The beef was initially between Ja and 50 Cent, however, the two rap giants can’t even agree on how it began.

The “In Da Club” artist detailed a version of events he says started it all in his autobiography From Pieces to Weight. “My man robbed [Ja Rule] for a chain, and then this guy named Brown came and got the chain back for Ja,” 50 wrote. “Later, Ja saw me in a club with the kid who robbed him. I went over to say, ‘What’s up’ to Ja, and he acted like he had a problem with me. But I’m not the one who robbed him.”

According to the “Holla Holla” rapper, the robbery did take place but he says he never saw 50 with the person who took his chain. Ja said that 50 was upset about being snubbed by the Murder Inc. crew during a video shoot. He also claims that 50 was mad that Murder Inc. didn’t want to sign him to a deal.

Public disses followed and the two even exchanged physical blows, getting into a couple of fights when they happened to be in the same nightclubs. Then, Ja decided to go after Eminem.

When Ja Rule called out Eminem

In the song “Loose Change” Ja went for the jugular by calling out Slim Shady’s family with the lines: “Em, you claim your mother’s a crackhead/And Kim is a known slut/So what’s Hailie gonna be when she grows up?”

Eminem wasted no time hitting back with a series of diss records like “Doe Rae Me (Hailie’s Revenge)” and the remix of 2Pac’s “Hail Mary” featuring 50 and Busta Rhymes. Ja then fired back with his own series of diss tracks including “Clap Back.”

The back and forth continued when Em responded with “Go To Sleep” from the Cradle 2 the Grave soundtrack.

Eminem called time on the feud, but 50 and Ja are still at it

In 2004 Eminem called time on his feud with Ja in “Like Toy Soldiers.”

In that hit single, Slim declared that his side “won” the battle but said he pretty much had it with the beef and tried to diffuse the situation rapping: “That Ja sh*t, I tried to squash it, it was too late to stop it/ There’s a certain line, you just don’t cross it, and he crossed it/ I heard him say Hailie’s name on a song and I just lost it/ It was crazy, this sh*t went way beyond some Jay-Z and Nas sh*t/ And even though the battle was won, I feel like we lost it/ I spent so much energy on it, honestly, I’m exhausted.”

Em may be done with the beef for now but Ja and 50 still never miss an opportunity to take jabs at each other. On an episode of Watch What Happens Live with Andy Cohen, Ja said maybe they should end things before stating that he and 50 are really “sworn enemies,” making their feud one of the longest in hip-hop history.