When it comes to marriage, couples tend to enjoy months, or more commonly, years of dating before they decide to tie the knot.

Meghan Markle decided she found ‘the one’ in Prince Harry after a year-long relationship, but it wasn’t the same experience for her mother Doria Ragland. In fact, the Duchess of Sussex’s mother had a whirlwind romance with her father Thomas Markle before they tied the knot in 1979 – after they had only been dating for a few months.

WATCH: Mother of the royal bride: From Doria Ragland to the Queen

In fact, Meghan’s uncle, Joseph Johnson, told The Mail on Sunday: “None of the family knew anything about Tom until we got the wedding invitations.”

The couple met on the set of the soap opera General Hospital, where Doria was working as a make-up artist and Thomas was the lighting director. Despite their 12-year age gap, the pair became close and got married just six months later, when Doria was 23 and her husband was 35.

SEE: 11 celeb mother of the brides that looked incredible at their daughter’s wedding

Speaking of her parents, Meghan wrote in Elle: “It was the late Seventies when my parents met, my dad was a lighting director for a soap opera and my mom was a temp at the studio. 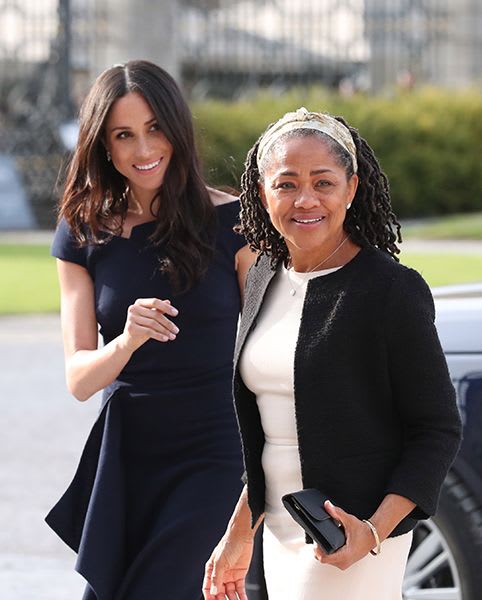 The Duchess’ parents got married in 1979, within six months of meeting

“I like to think he was drawn to her sweet eyes and her Afro, plus their shared love of antiques. Whatever it was, they married and had me.”

The pair said ‘I do’ at the Self-Realisation Fellowship Temple on Sunset Boulevard in Los Angeles, a faux-Indian temple featuring gold accents, stone elephants and plastic Buddhas. It was founded by Indian yogi Paramahansa Yogananda, with Joseph explaining his sister “was fascinated by alternative religions and yoga” – and it was a passion she passed on to Duchess Meghan.

He continued: “It was a lovely wedding but not conventional at all.” 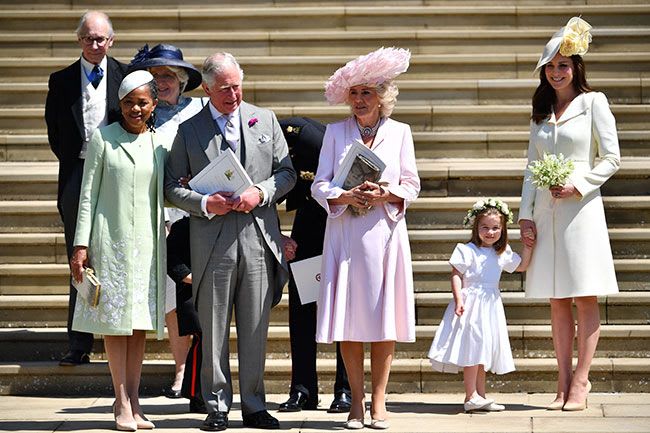 Doria at her daughter Meghan Markle’s royal wedding in 2018

As well as their unusual choice of venue, Doria also ditched the traditional wedding dress and wore a white buttoned-up shirt and skirt combo, finishing off her look with pretty white flowers in her hair. Meanwhile, Thomas wore a grey tweed jacket and orange shirt, and the Buddhist priest ‘Brother Bhaktananda’ was dressed in orange robes.

Doria and Thomas welcomed Meghan in 1981, but the couple split when she was six years old. Thomas was also previously married to Rosalyn from 1964 to 1975, and they share children Samantha and Thomas Jr.

READ: 7 royals who remarried after divorce: From Prince Charles to Princess Anne